Yes I took my boys to the Ballet. A friend of mine organized a group to go so we jumped in. It was about 50 minutes long, which was perfect for kids. 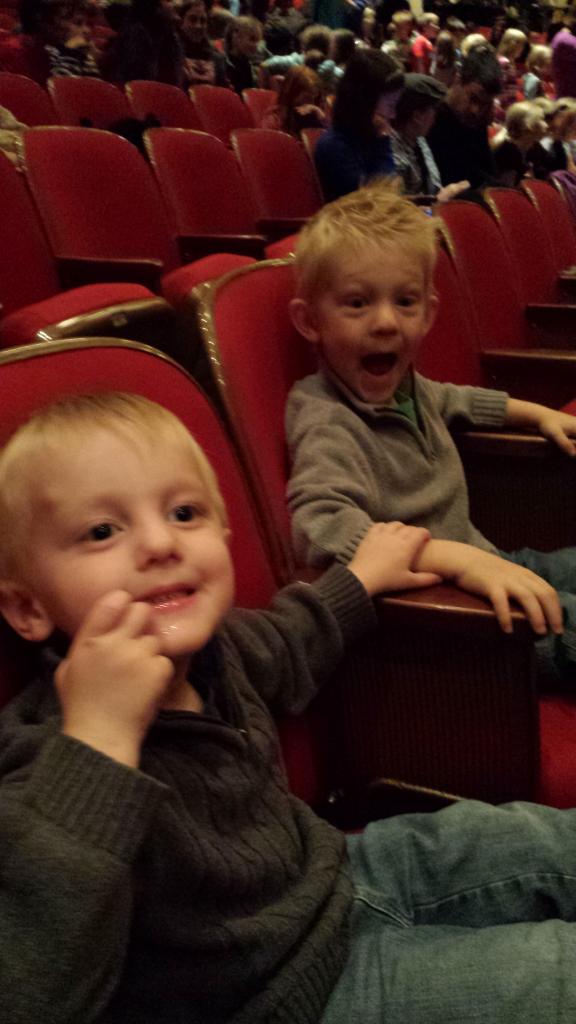 They were both pretty excited about it. Benton got pretty antsy after about 20 minutes, but he manged to sit in or near his seat until it was over. If I just brought Emmett I think he would have sat and loved the whole thing. I forgot to mention that Pink Martini was there. I've never heard their music before and it was amazing! Emmett really likes music so he really enjoyed that, along with the lights. But because Benton was there and having a bit of a hard time, Emmett struggled a bit too. Overall they did great, I think they liked it, and it ended up being a really fun experience.

Afterward we headed across the street to play at the fountains. I've seen these fountains from a distance but never gone down to them before. We had extra time so I let the boys play for almost an hour. I have to admit it was a little nerve racking to watch Benton jump across the water. I just knew he was going to fall in. As a mom you have lots of things you can worry about. Some important and some not. I decided this wasn't important for me to worry about. What would be the worst that would happen? He'd get wet? Yes. He'd get hurt? Maybe, or maybe not. Maybe he just wouldn't fall in at all. Either way I just decided to let him be and not worry. I usually don't get worked up about many things, but for some reason I was literally getting knots in my stomach when he was jumping. Then I just let him go. He jumped and jumped and loved it. 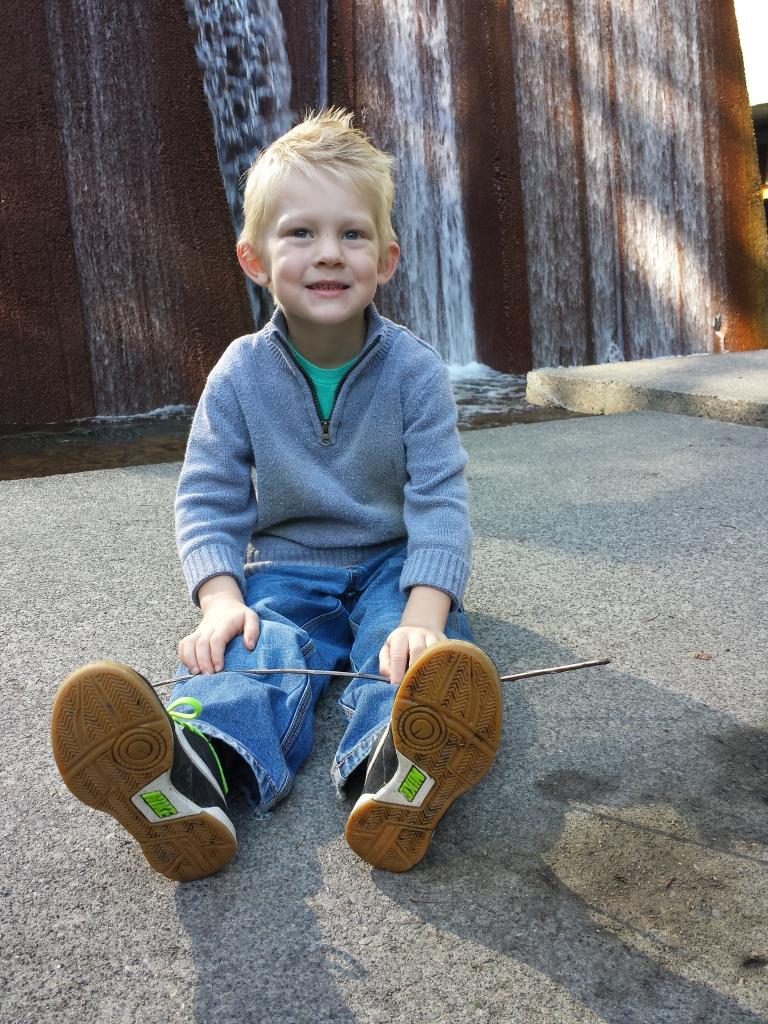 They played with leaves in the water. 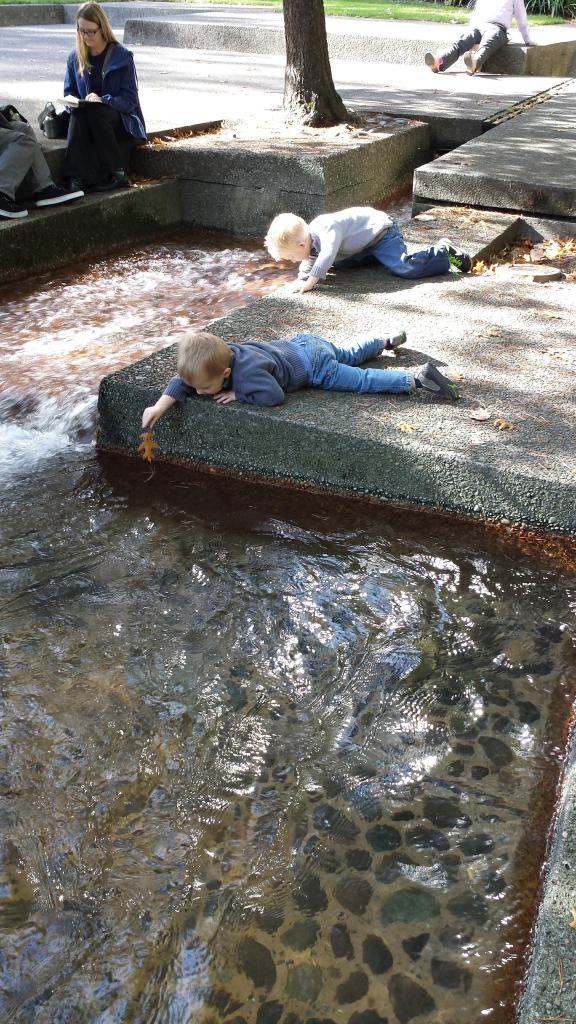 And jumped some more. If you can't see, there are spaces in between those cement slabs. Some are pretty good sized. 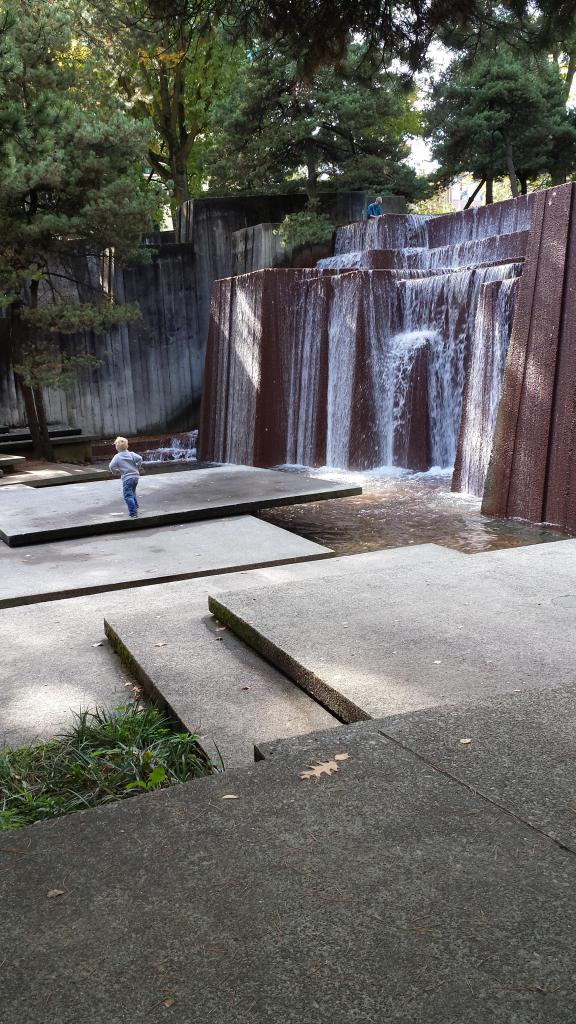 Emmett was having a blast being outside. 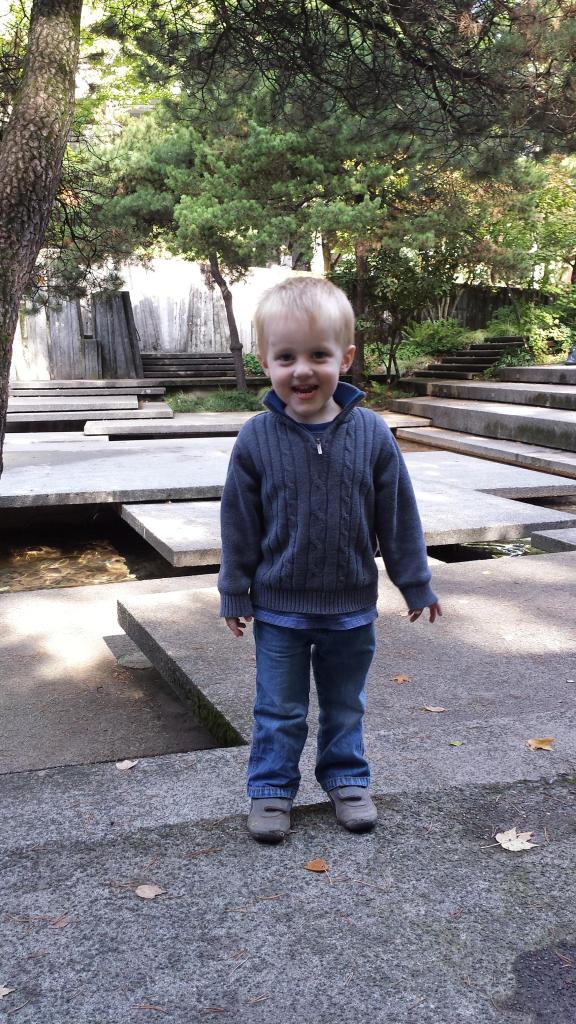 They found a secret place behind the water and enjoyed a little (tiny) break. 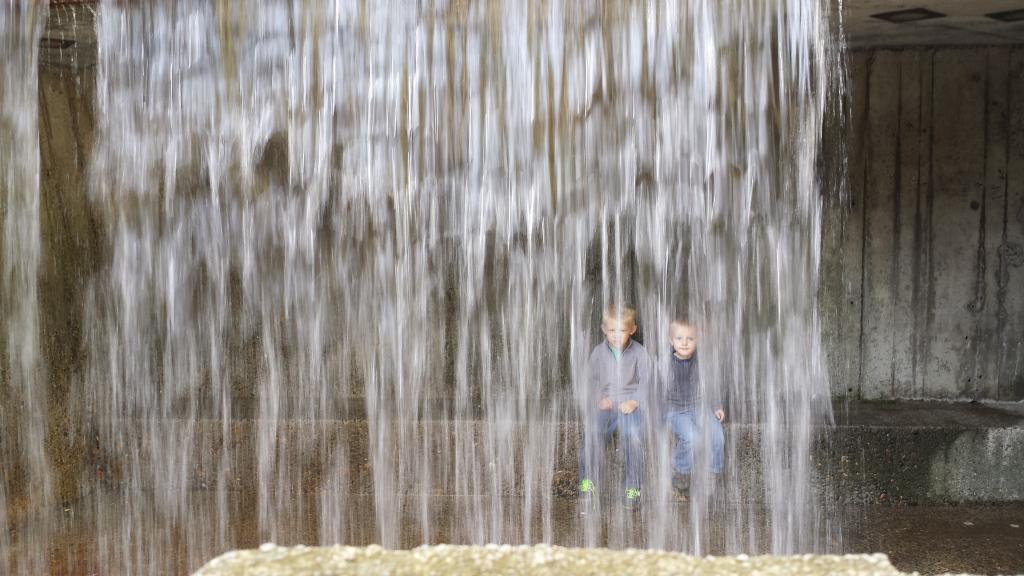 And then it happened. He fell in. I actually watched him do it, and the surprising thing was it wasn't that big of a jump, he just psyched himself out. He just stood there and said, "I don't know what happened." with this look on his face. It was hysterical. After a minute he was back to leaping again. 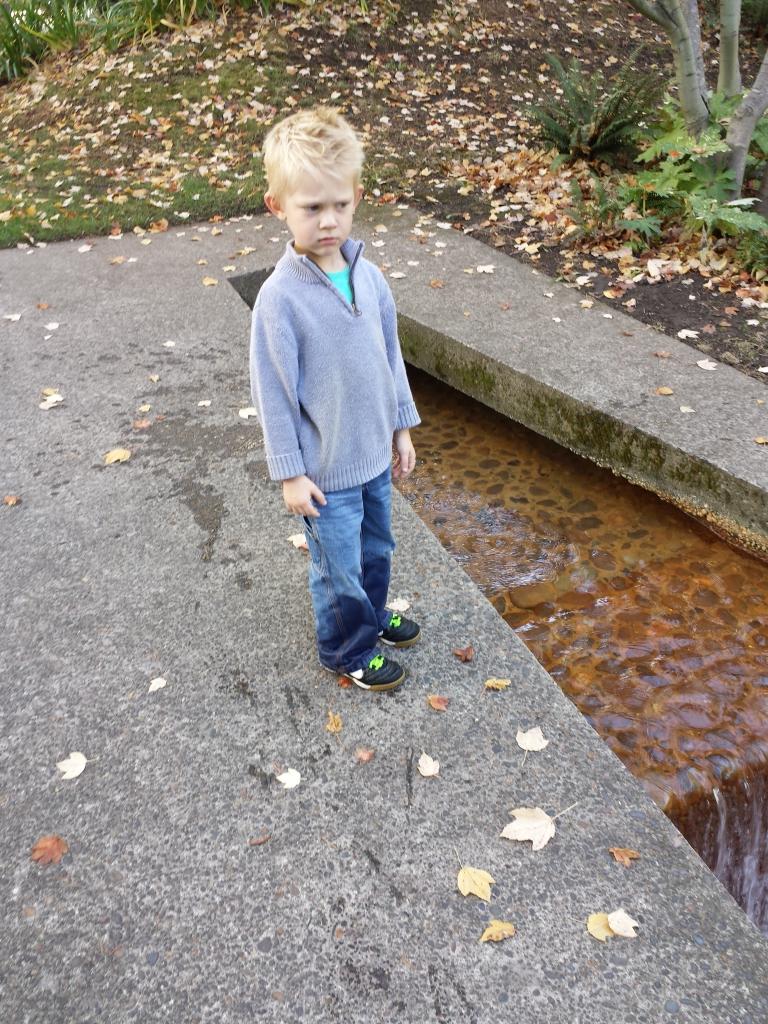 It ended up being an awesome day. We all really enjoyed it. And I learned how to stay calm while having three cute and crazy kids just a little bit better. 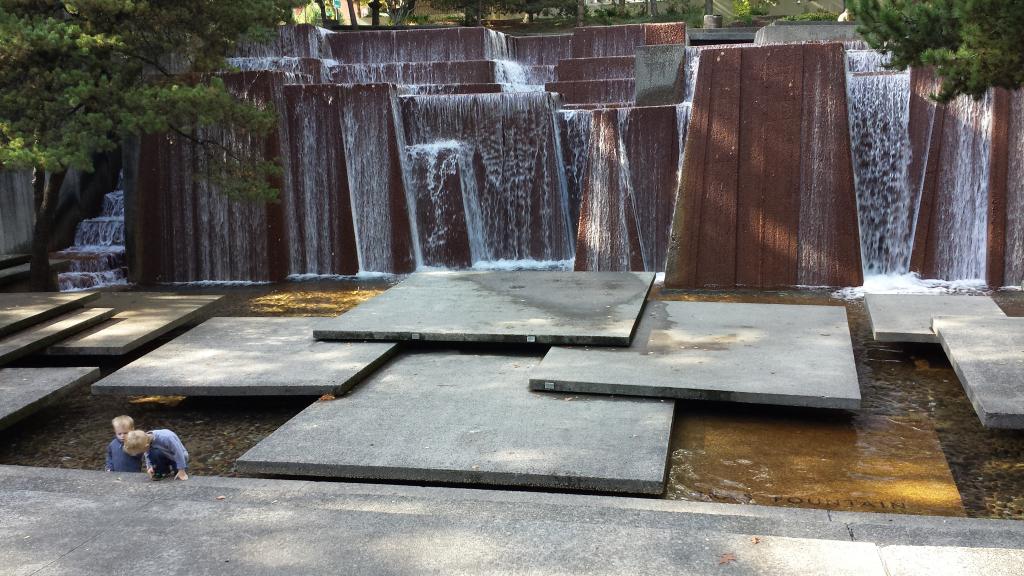