We had so many plans to go camping this summer. But somehow they all got foiled (or decided against) and this was our first time camping! And last. Even if the summer wasn't almost over. The boys did great, but Adalyn didn't sleep. I swear all our kids are the same. Their first year they do great camping, their second year it is not so fun at night! Dallin says, "They are old enough to know they aren't at home, but young enough that they don't know it's supposed to be fun." We made it through the night, but I'm not sure how much Dallin or I slept. Adalyn did sleep if she was right next to you and you didn't think about moving an inch. Sigh... we love her.

Everyone does enjoy camping during the day though. And ward campouts are the best because so many of their friends are there! They ran around playing games, dug in the dirt (or licked it in Adalyn's case), and enjoyed yummy camp food. There was a fire ban so we didn't bring the ingredients for s'mores. We'll have to have them at home soon instead.

After everyone packed up on Saturday a couple families headed down to the river to play for a while. Benton, Dallin, and Emmett went all the way out in the water! Adalyn really wanted to but I wasn't going to go. So we stayed on the shore and threw rocks in instead. After warming back up a bit we headed back to the van. It was a great morning spent at the river and it wore the kids out! Here you can see Emmett falling asleep on Dallin's shoulders, the only picture I took the whole time! 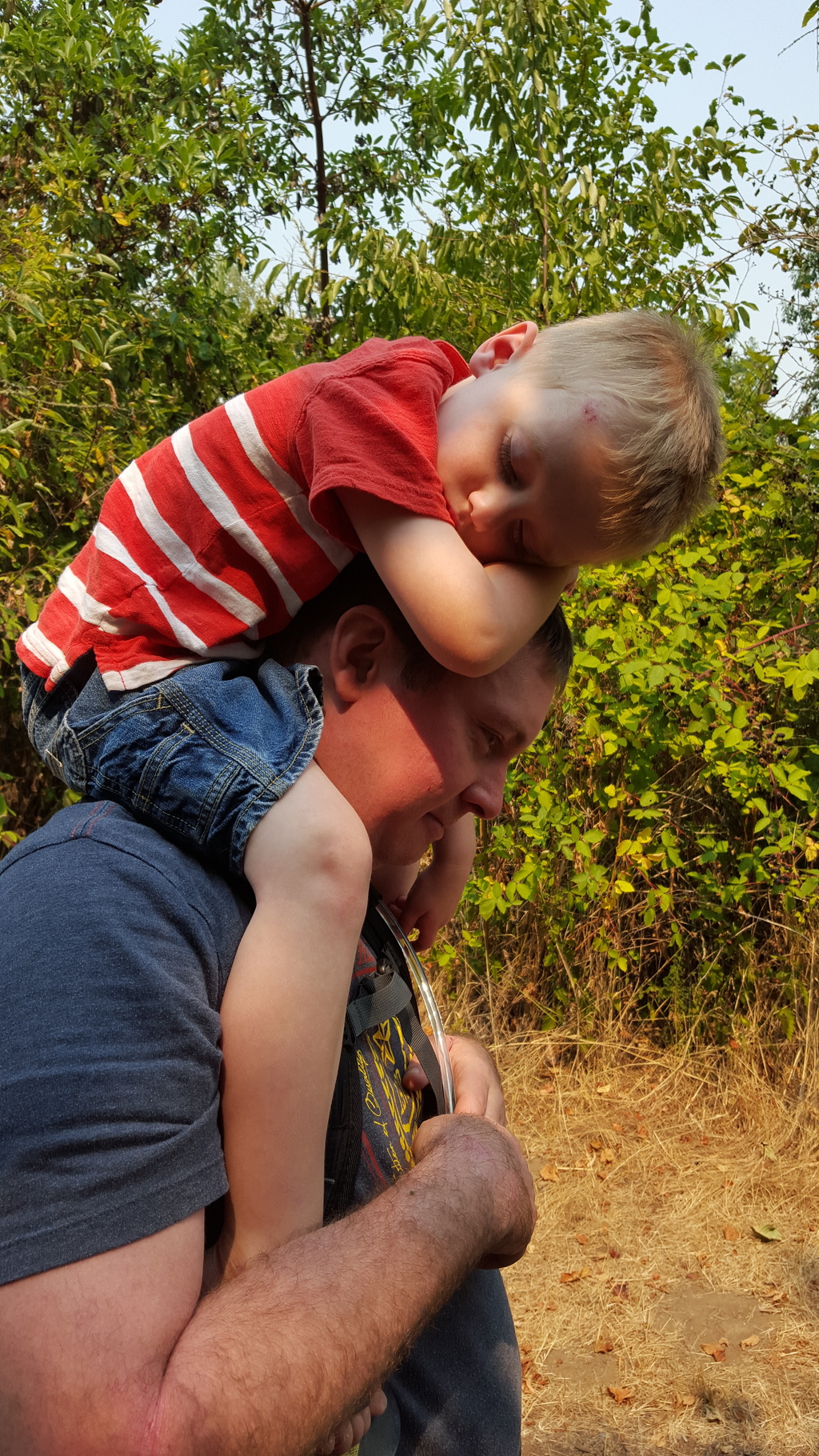