Our little guy is 7 months old. He is still as sweet as can be. Here are a few of the things that we love about him right now.

We borrowed my sister's jumperoo and after two days of figuring it out he loves it. He jumps all the time now whether in the jumperoo or not.

The only way to get this baby to eat more than 2 bites of baby food is in the boon spoon. He will however eat any kind of normal food. He loves steak, chicken, aebleskivers, pancakes, bread, graham crackers, summer squash, zucchini, you name it (unless it is mashed into baby mush, then no way). We basically give him whatever we are eating and he is happy. 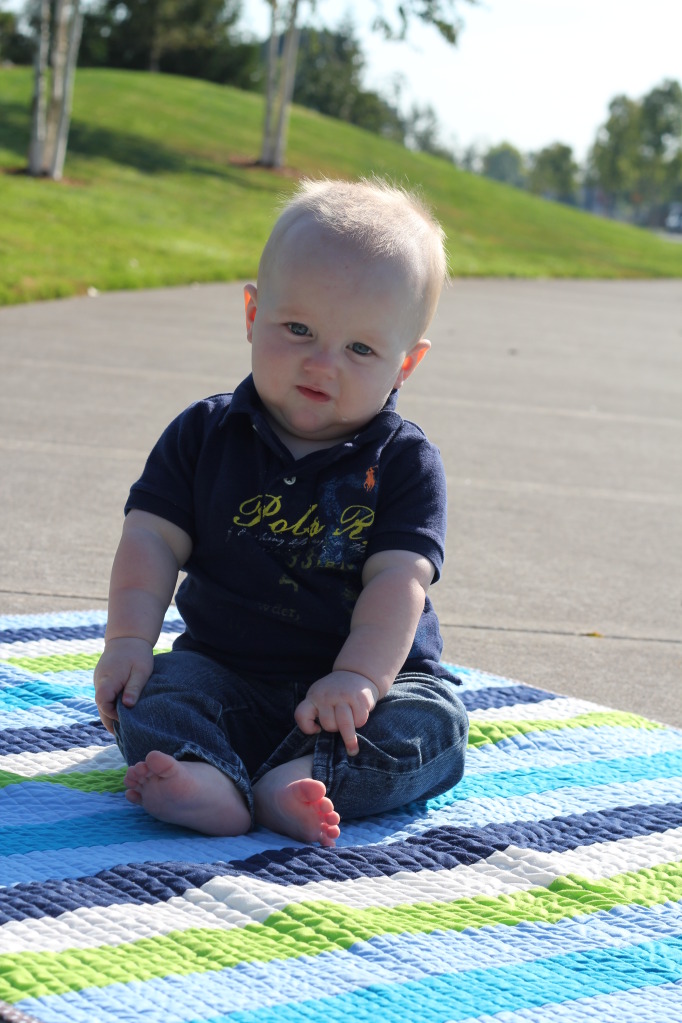 He sleeps great, two naps a day and 11-12 hours at night. Sometimes making it 10 hours straight. I am so happy!

Emmett loves sippy cups, he still hasn't quite figured out how to drink much from them though. I think that is because he has always refused bottles. 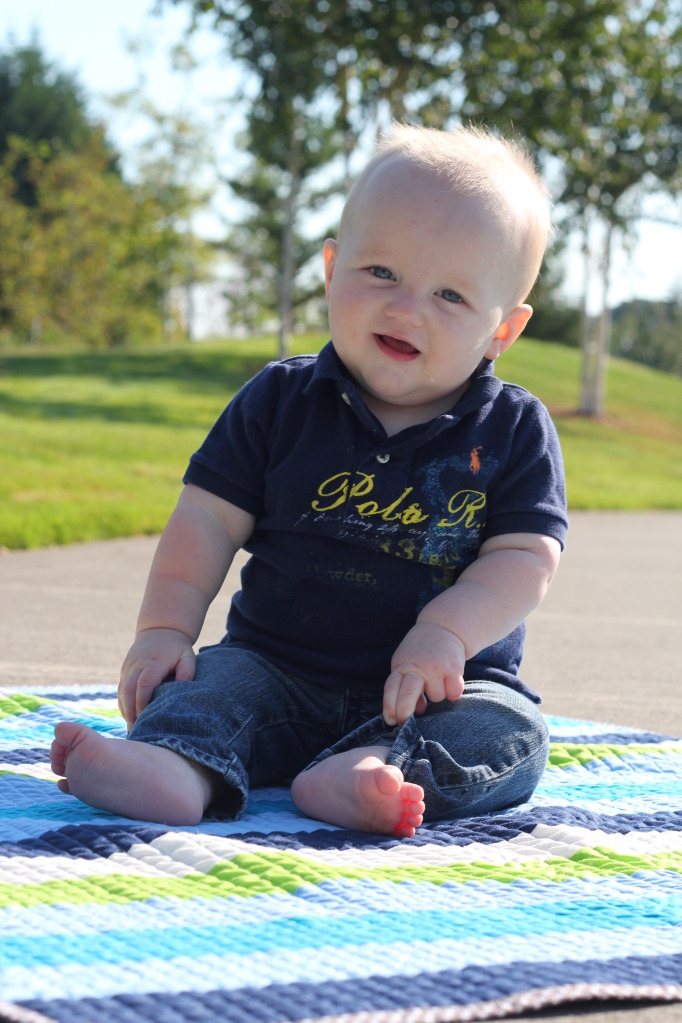 He has started scooting around on the floor, he loves getting a hold of things he couldn't before. I'm not so sure that Benton feels to same way, his toys are now fair game.

He likes to rough house a little bit. You have to be more careful than with Benton but he is warming up to it. I give it a few more months and he will be down on the floor with his Daddy and brother wrestling and playing. 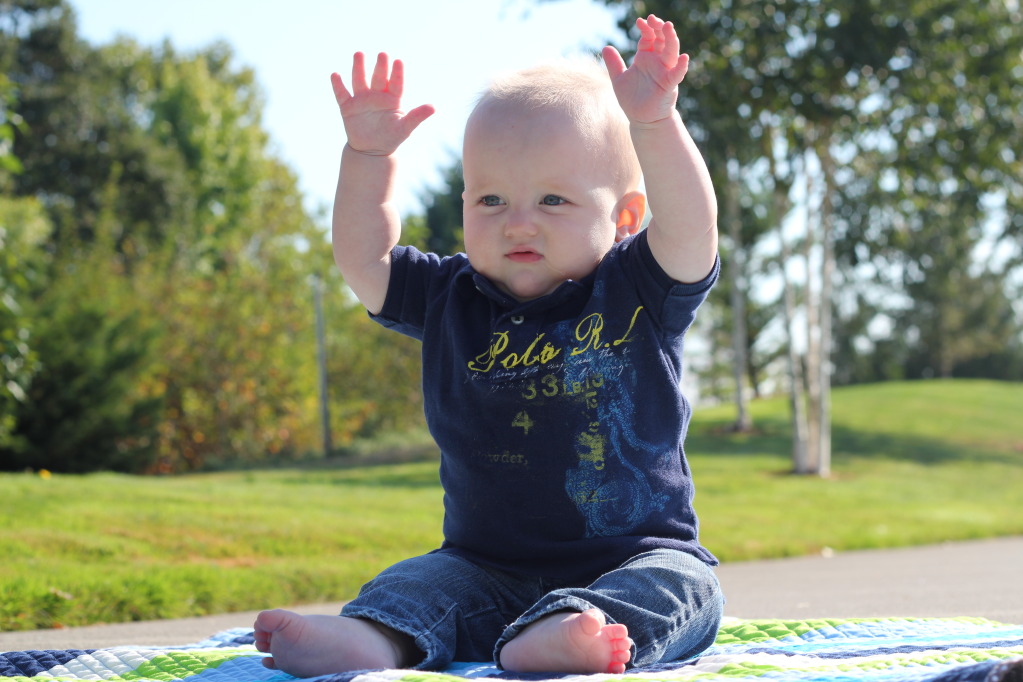 His hair is slowly growing, someday he will have some. But until then it is still fun to have a bald baby.

He learned how to clap a week or two ago. One day I realized that I should clap his hands together using my hands and when I let go he kept going. He loved it! I wonder how much sooner he would have learned that if I had tried... oh well he knows now. 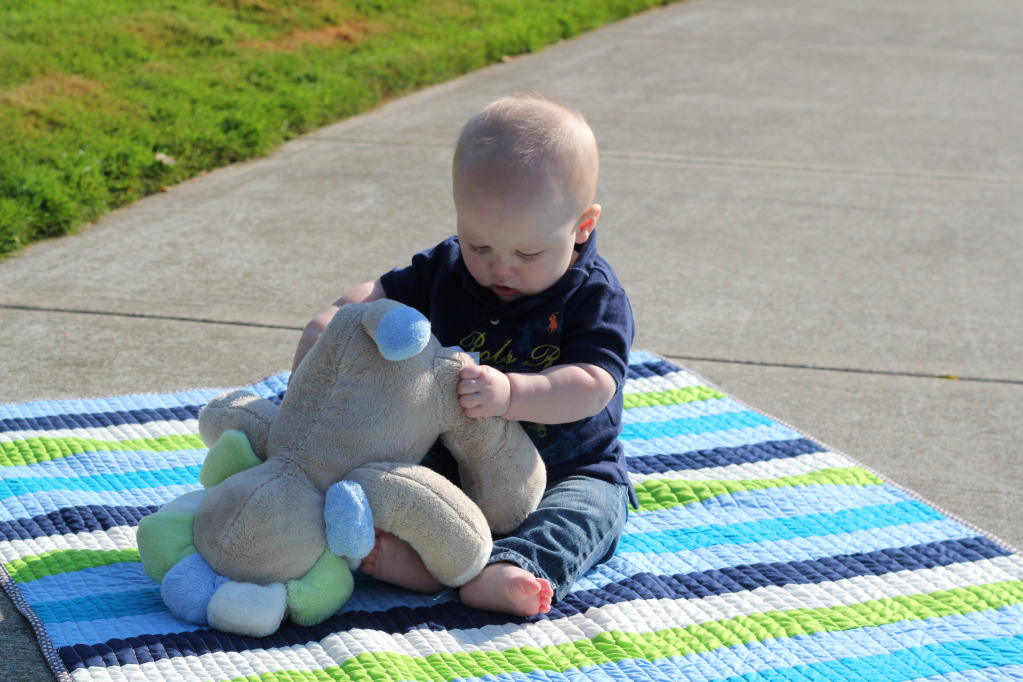 Though they are nearly impossible to catch in a pictures, Emmett has two teeth now. He got his first one on the 8th and the second on the 10th. They are his two bottom teeth. He was a little cranky during the day, to the extent that he preferred to be held. He also woke up a few more times at night but that is it! Breaking in these two first teeth went great.

This baby likes to cuddle. It is so sweet! I love being Emmett's and Benton's mommy, they are two pretty amazing little guys.