I peaked over at Emmett today and saw him standing while holding onto a toy. I thought to myself, he is growing so fast. It's almost as if the moment they start crawling they start realizing they can do big things, and then they do them. And speaking of big things, Benton has been accomplishing some of his own. More on that later, for now we will take a moment to document this cute little, or should I say big, 9 month old. 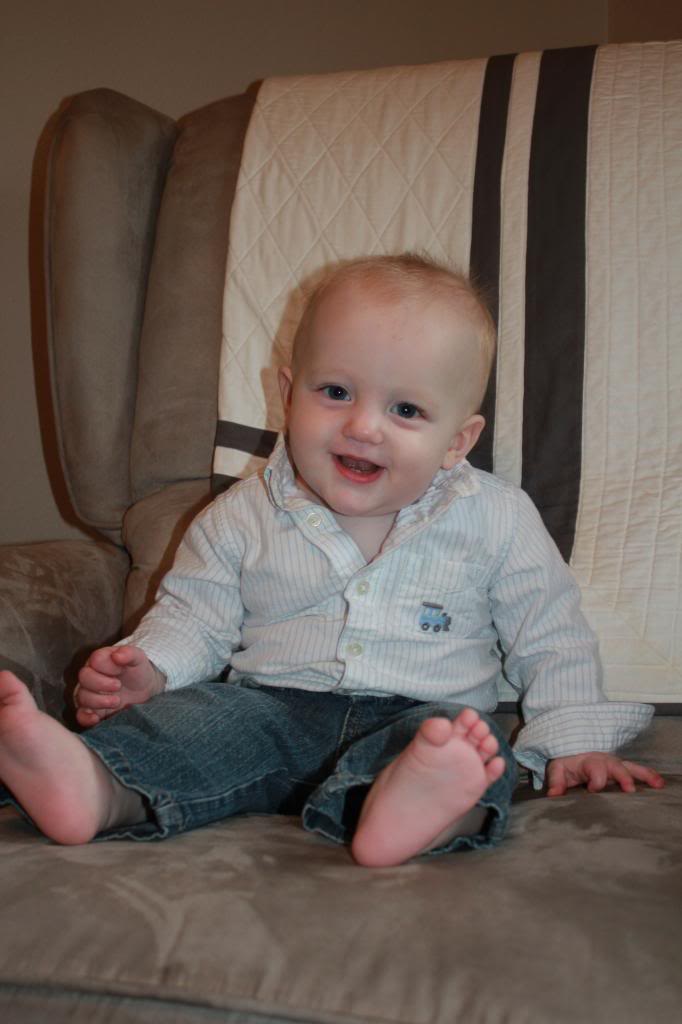 As I mentioned before, Emmett is starting to stand up now. In fact he does it as often as he can. He stands while holding onto toys, the couch, our legs, basically anything he can. I was holding his hands while he was standing and I let go for a second. He stood there by himself for all of 2 seconds and he loved it. He smiled and laughed. He was so proud of himself! I can't wait to see what his reaction is when he can stand without holding onto anything, or when he starts walking.

He is very kinesthetic. Whenever he sees something new he wants to touch it, leaves especially. He is funny with food too. He HAS to touch it before he will eat it. If I put something in his mouth, he spits it out and touches it before putting it back in. After it has his stamp of approval he will let me feed him. But for the most part he feeds himself. 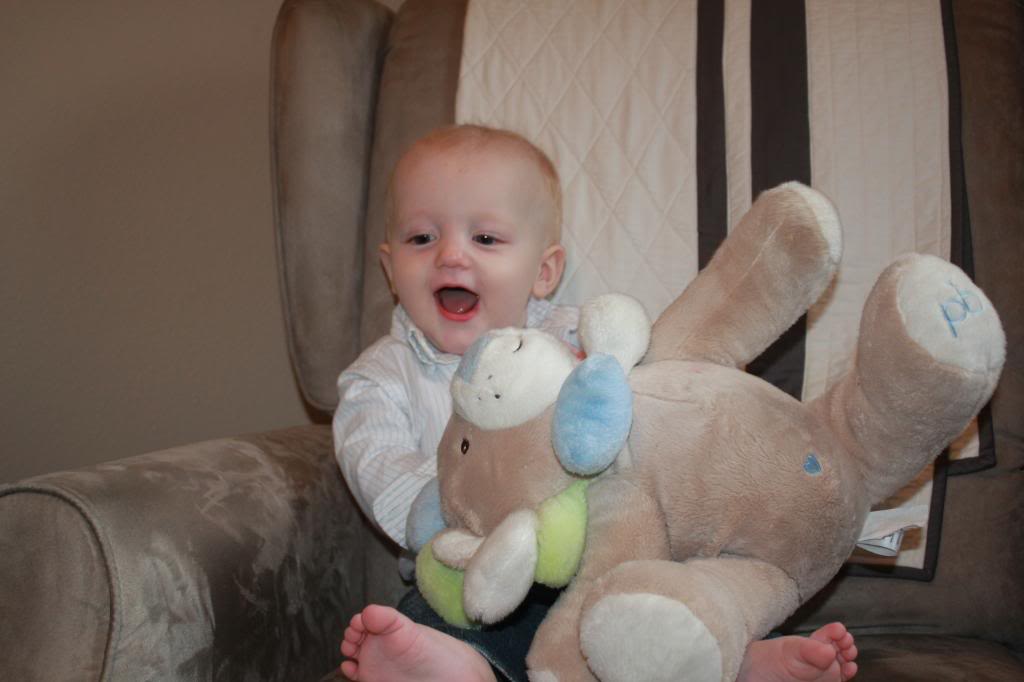 We have finally found something that will make him smile while wanting to take a picture, fart noises. Awesome.

The stage of "putting everything in your mouth" is in full swing. It has been forever and has no signs of stopping. Some of his favorites are shoes, toys (obviously, right), and leaves. Stop eating my plants! Ok maybe I should just move them... 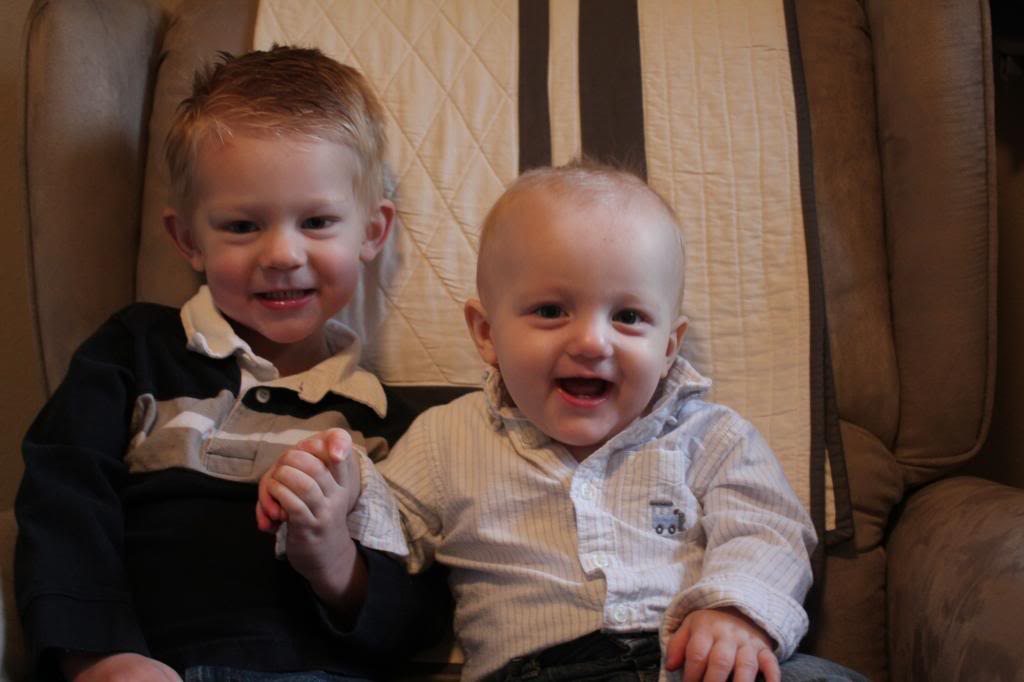 This is a miracle picture. Both boys are together, smiling, and even holding hands. Enjoy it, it is likely to not happen again for a while!
Email Post