Every year the kids pick their party theme. Their ideas can get pretty crazy sometimes. This year Benton wanted a Chihuahua Nerf gun party. Um, What?! I knew I wasn't up for the challenge this year. I mean seriously the fact that he is getting a party at all is a miracle. So I told him he had to come up with an easier theme, he picked pirate. Yes! I can do that. Especially when Target had a whole pirate party set ready. Benton invited his friends, and had a great party!

We started off giving all the kids a pirate name right when they walked in, here is Hudson showing off his name, Salty Boot. 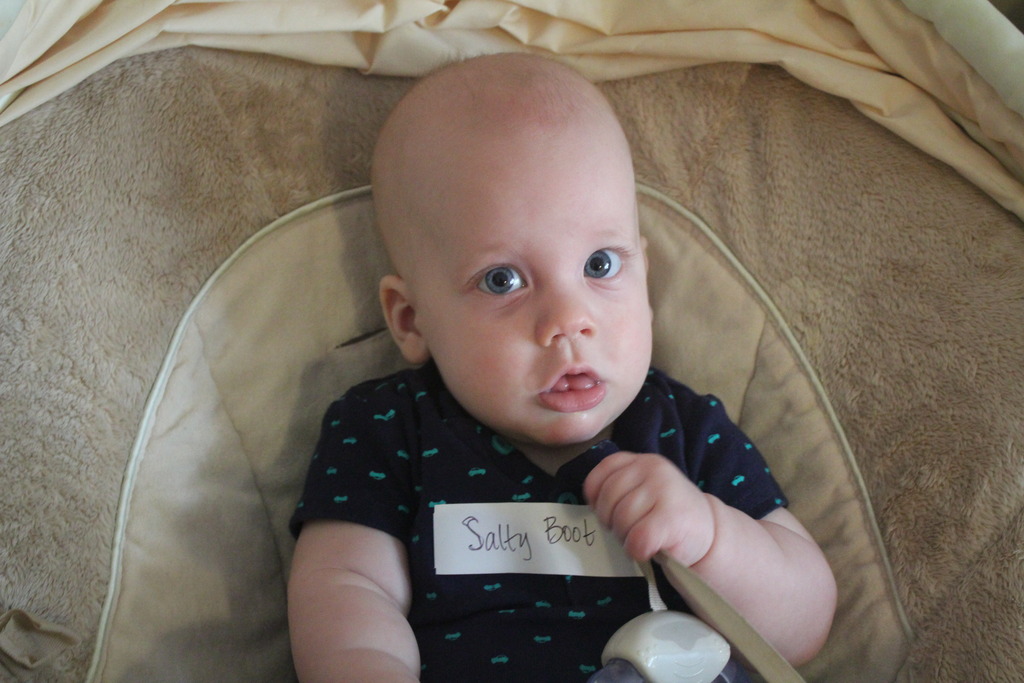 The kids pick two numbers and that gave them their name. We also had Hook Leg, Captain Eye, Smelly Leg, and Benton was Big Patch. 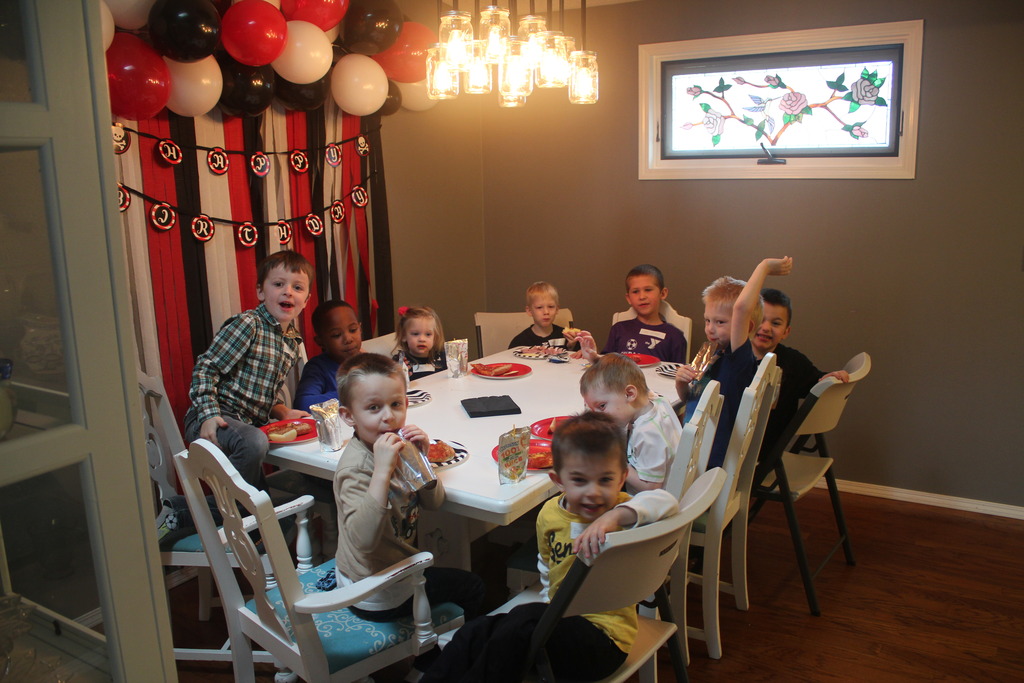 After pizza and snacks the kids went on a treasure hunt and they all earned their eye patch!

It was a great party, Benton loved spending the afternoon with his friends! 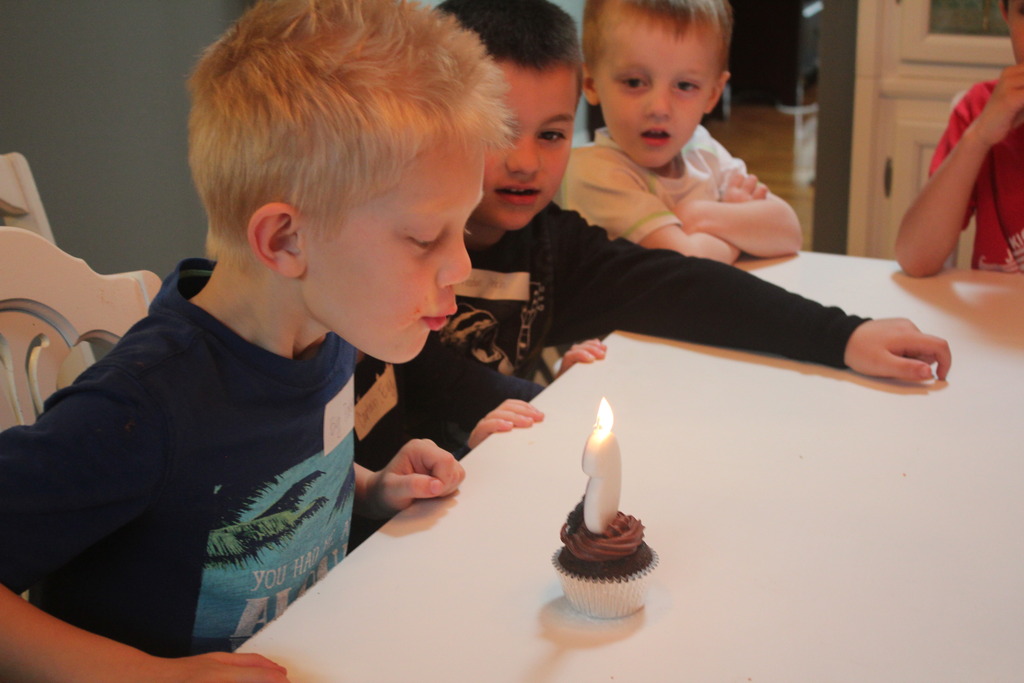