Skip to main content
Posted by Christy Wheeler May 15, 2011

Picnic at the Lake

This past week has been such a great week. Dallin was extra busy with work from about October until March, it was a little hard to have to have him work after he came home and on the weekends. But we are grateful for his job and that he likes what he does so we tried to keep a positive attitude about it. Well, Intel noticed how much his whole division worked during those months so they gave them all the week off!
We had about a week and a half notice about the time off so we didn't plan anything big. But it ended up being really great just to be around the house and do local activities with Benton that we haven't had the chance to do together yet. Also Benton woke up Monday morning with a fever and was sick the whole week... perfect timing right? I think it started out as teething and then turned into a cold on Thursday. Because of this we limited our activities to just one thing a day so Benton wasn't overwhelmed.
On Friday we met up with some friends at Hagg Lake for a picnic and some fishing. The picnic was great. We had some burgers, a salad and lots of fruit. (thanks Janice for the awesome picnic basket set) 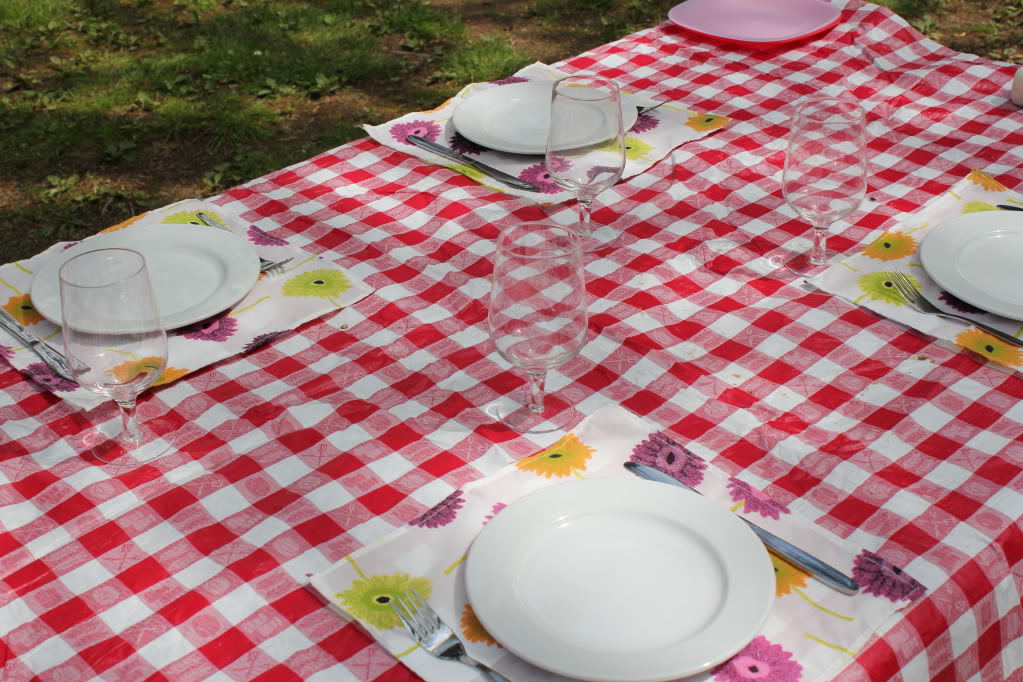 Then the guys went to do some fishing... but no one was catching anything that day. While they were gone we sat down by the water with the kids. 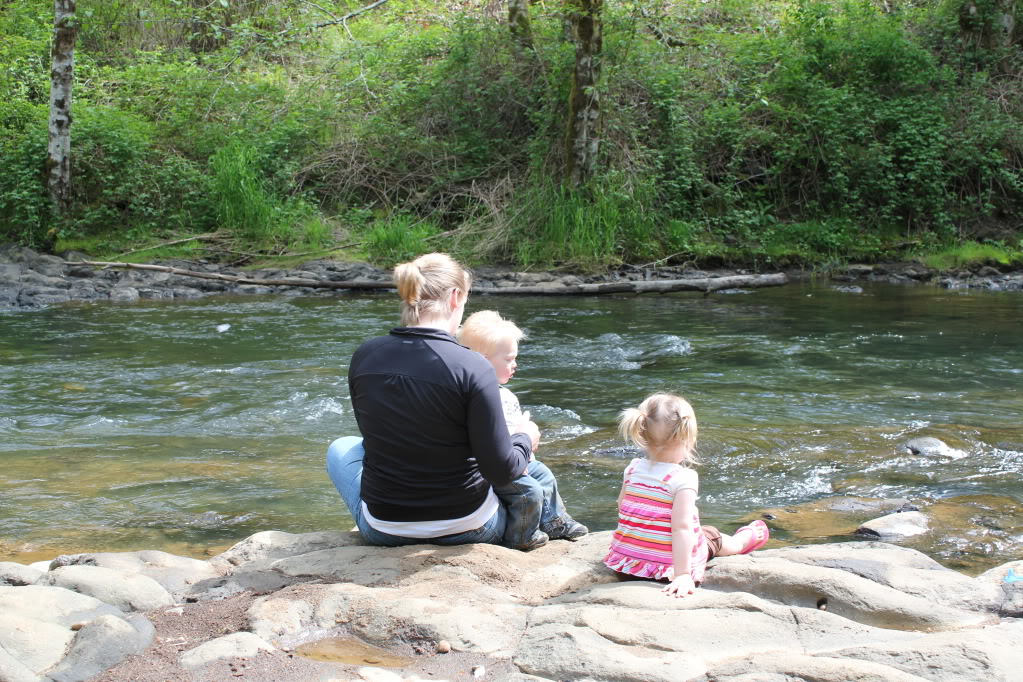 Benton really wanted to get in the water so I took his pants of and tried dot put him in and this is what happened. 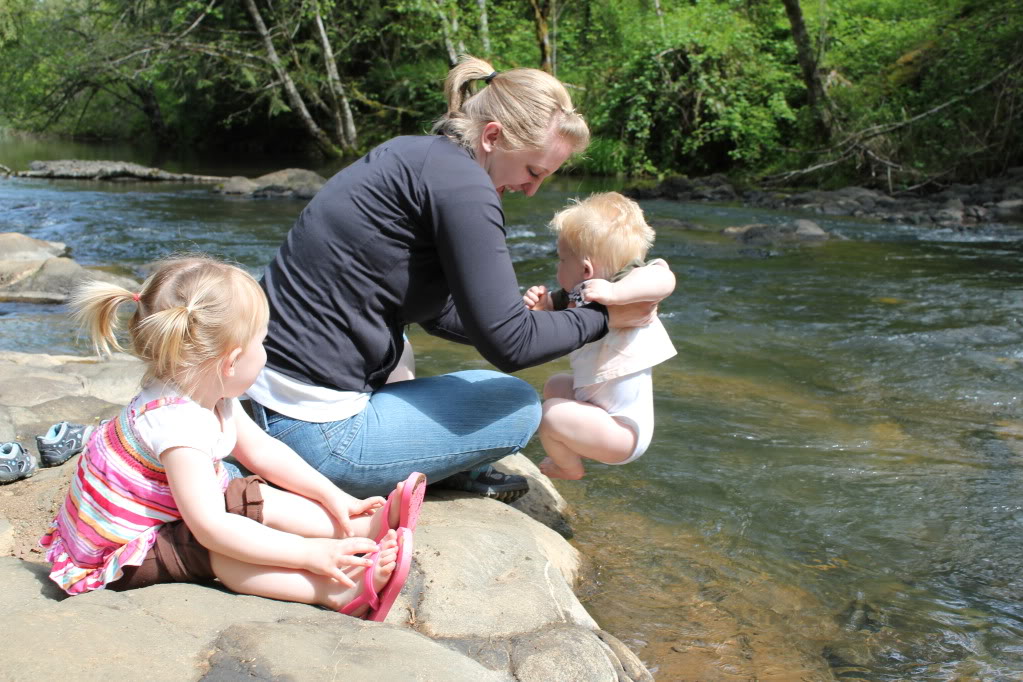 It was so funny to watch how high he would lift his legs up to avoid the water. But the funnier thing was how much he still wanted to get in! Sorry Benton, not all water is as warm as your bathtub. 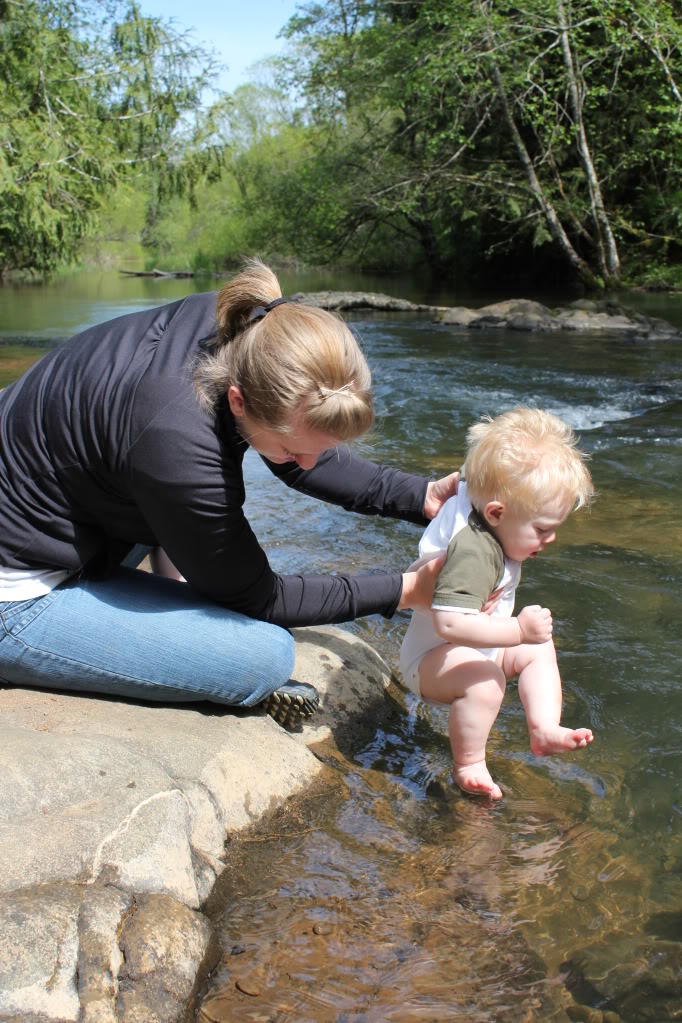 Then the guys came back and played with the kids too. 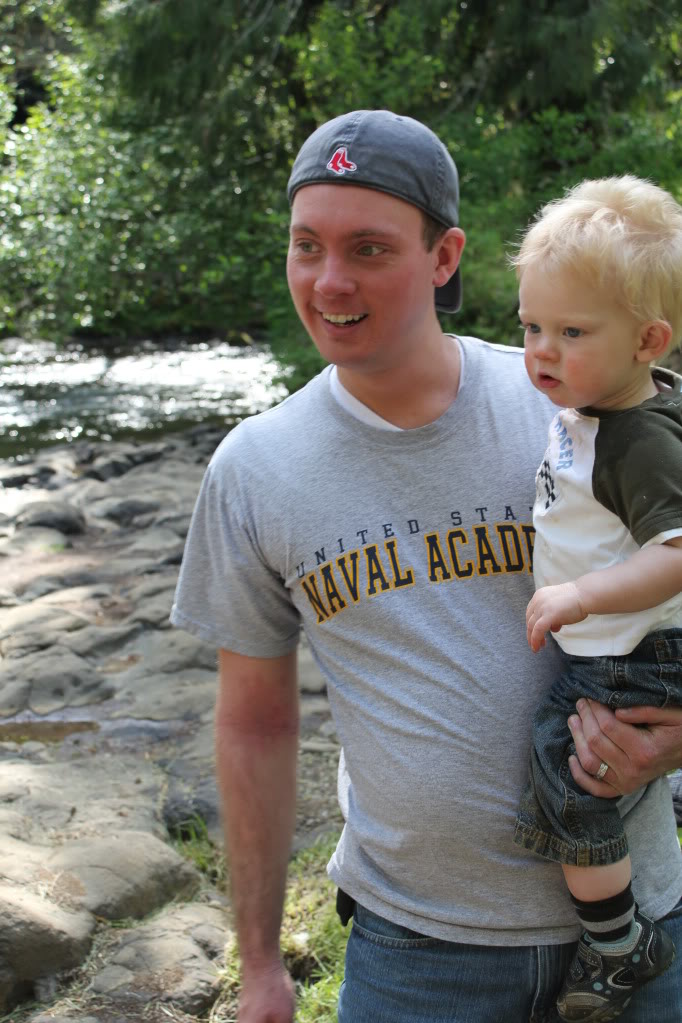 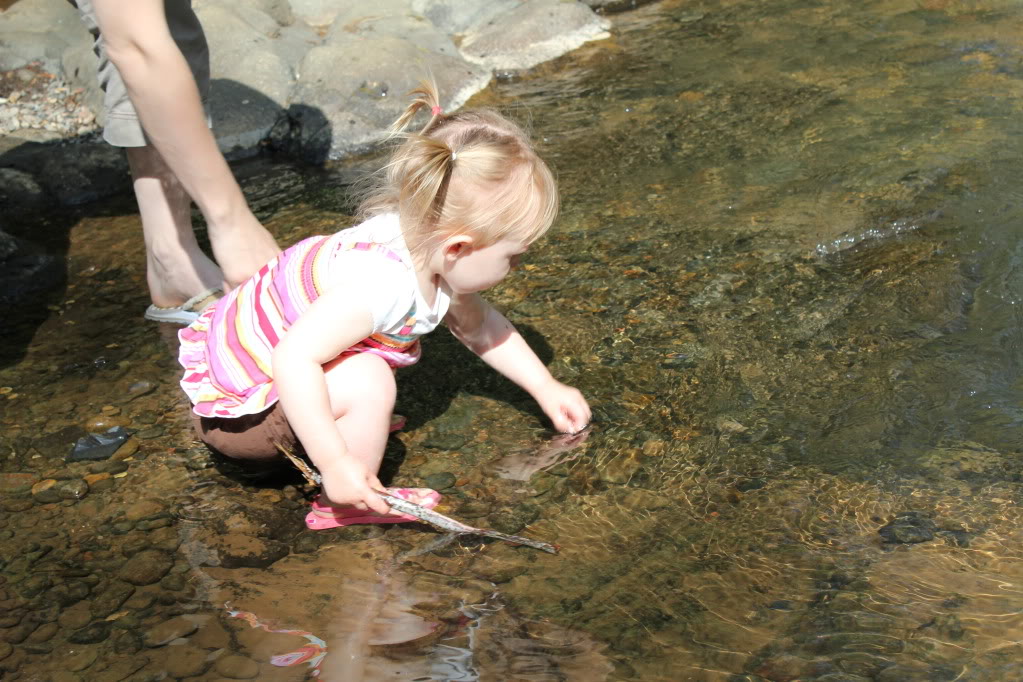 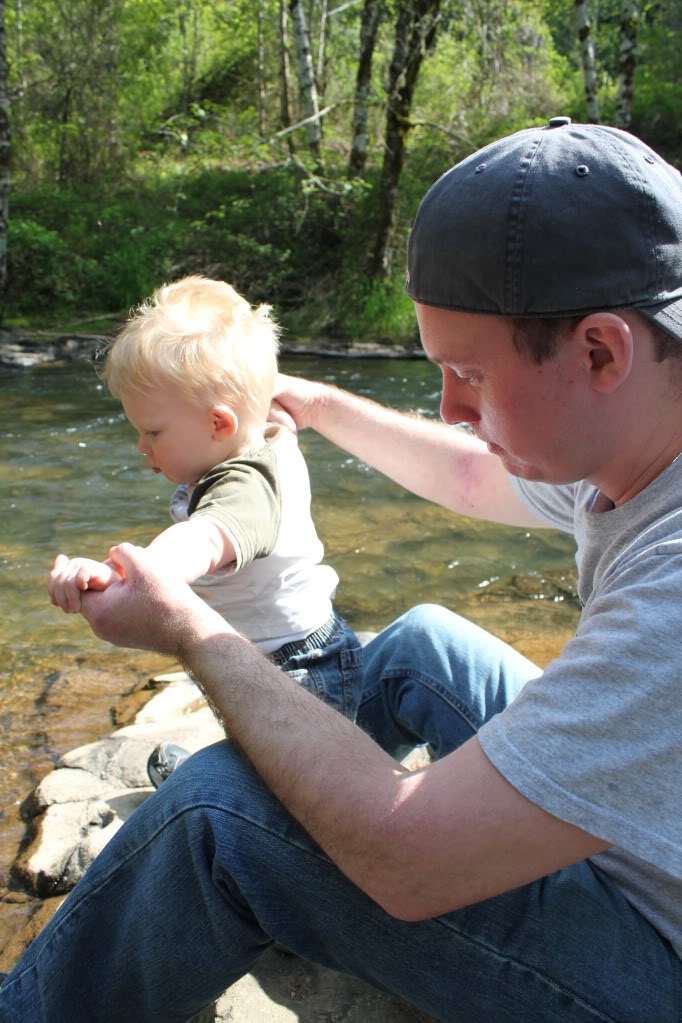 He kept wanting to walk right in 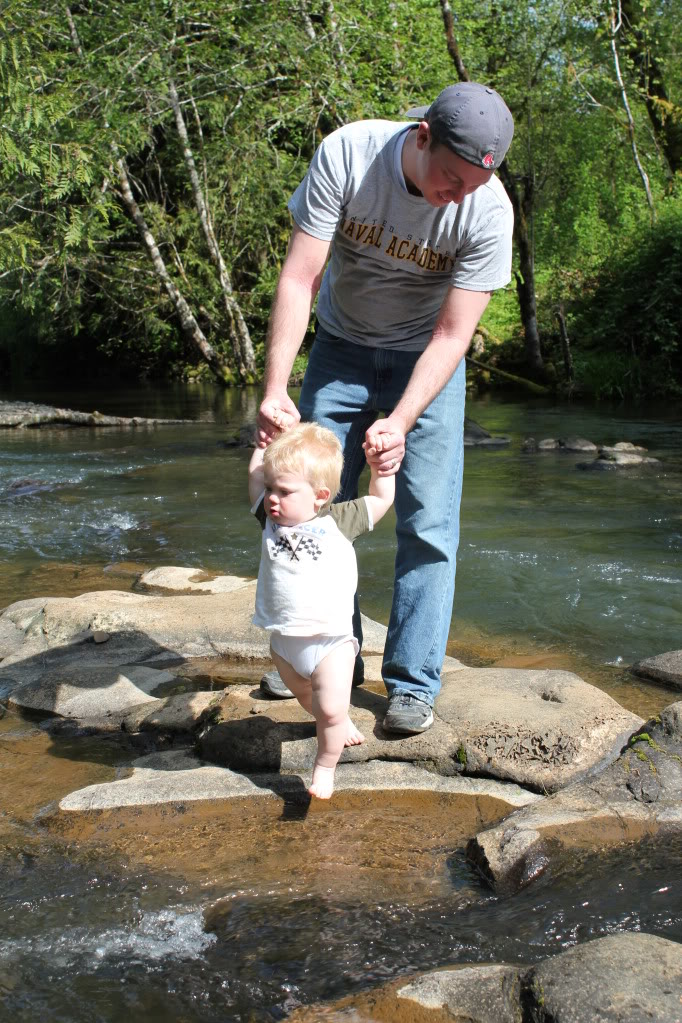 Eventually his feet touched the water. 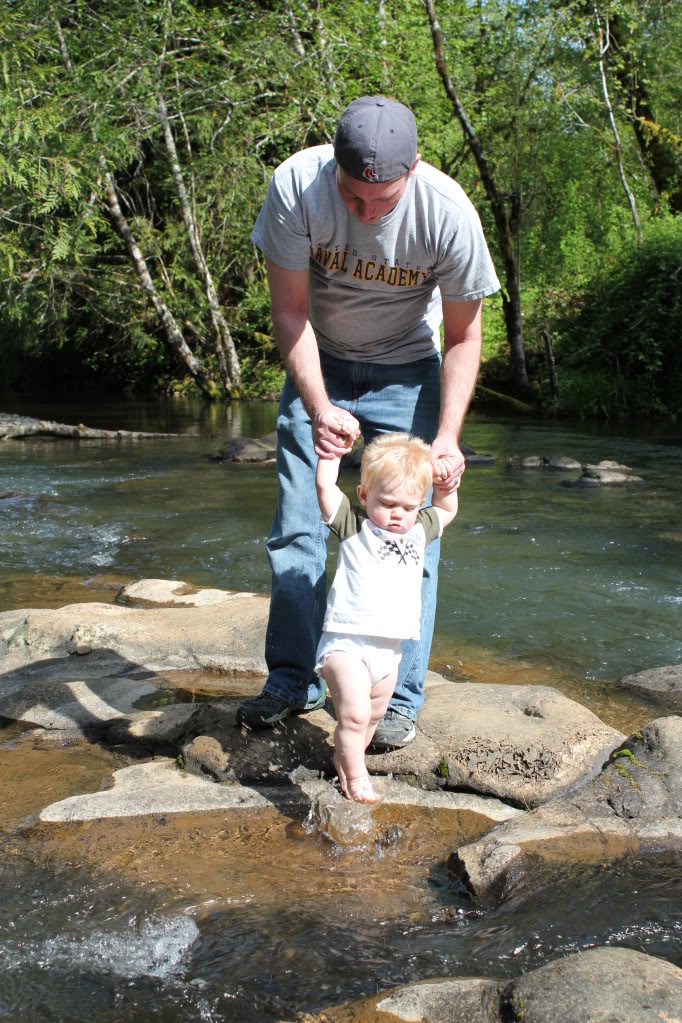 Norah was keeping pretty dry until she squatted too low and got her bum wet. Then there was no going back. Both kids ended up getting pretty wet. And they loved it, even though it was so cold! At least it was the warmest day of the year so far. 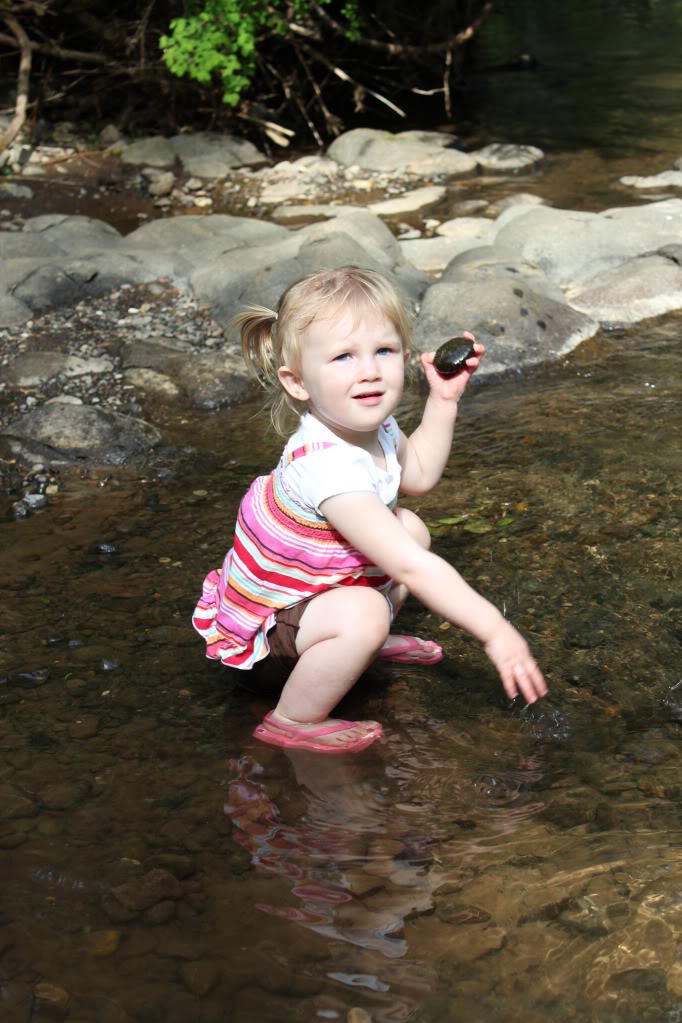 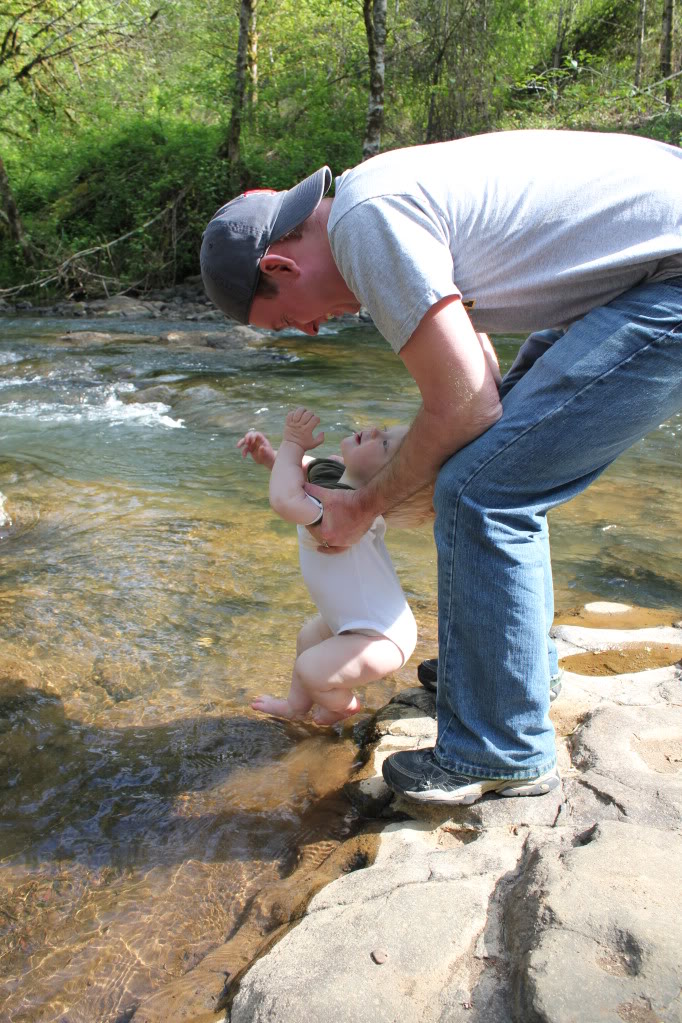 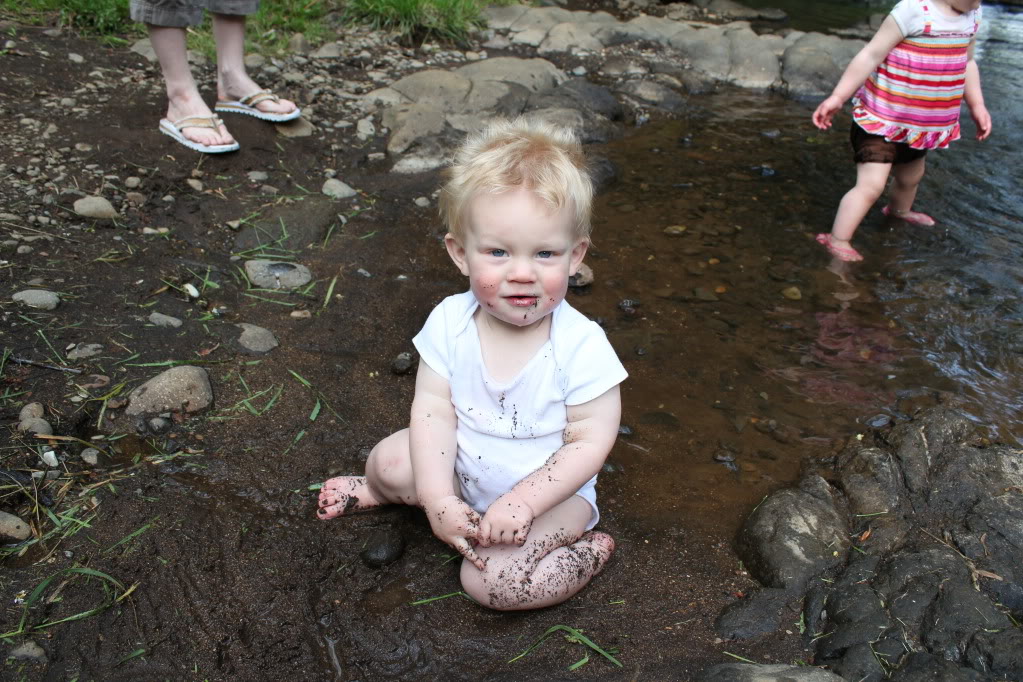 I don't know if he will ever learn that dirt doesn't taste good. 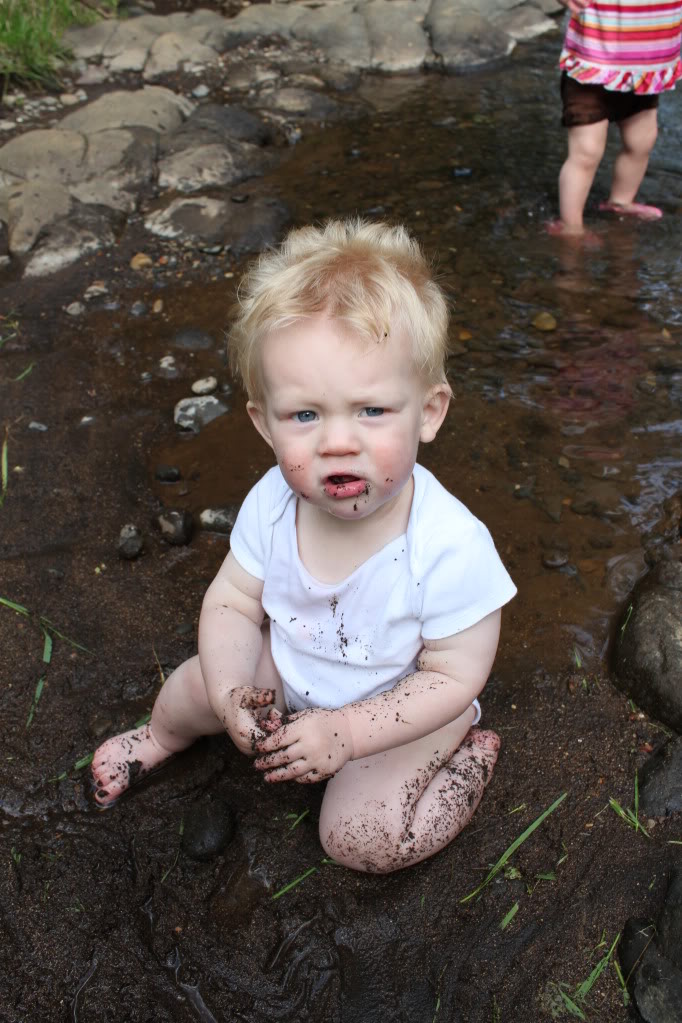 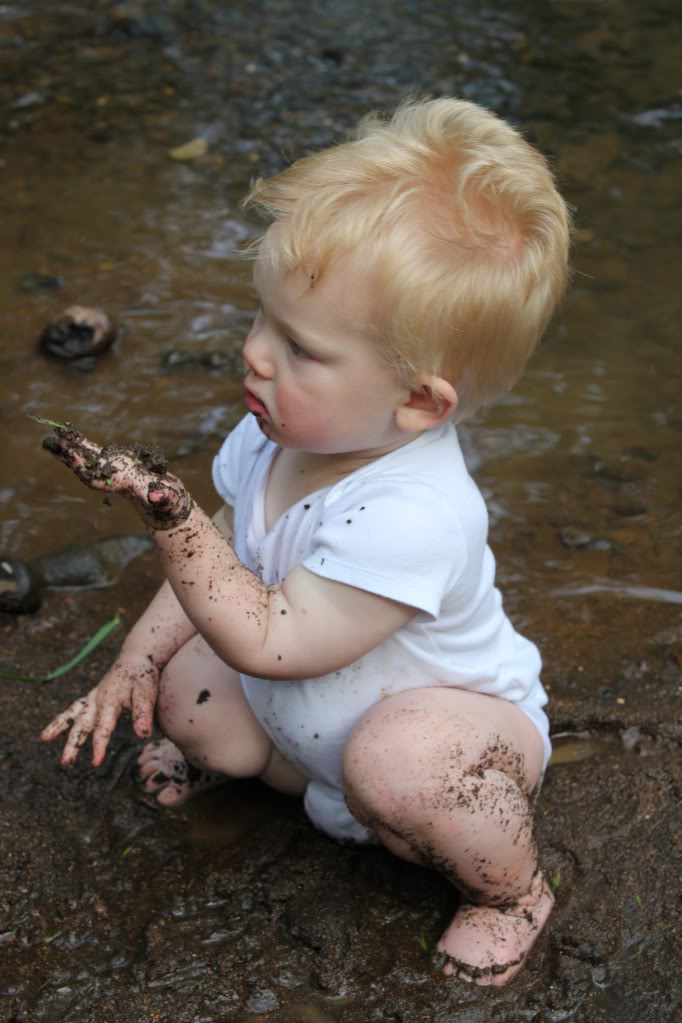 After all that fun we played some disc golf. We didn't have a map of the course so we only played a few of the baskets. Next time we are going with a map! 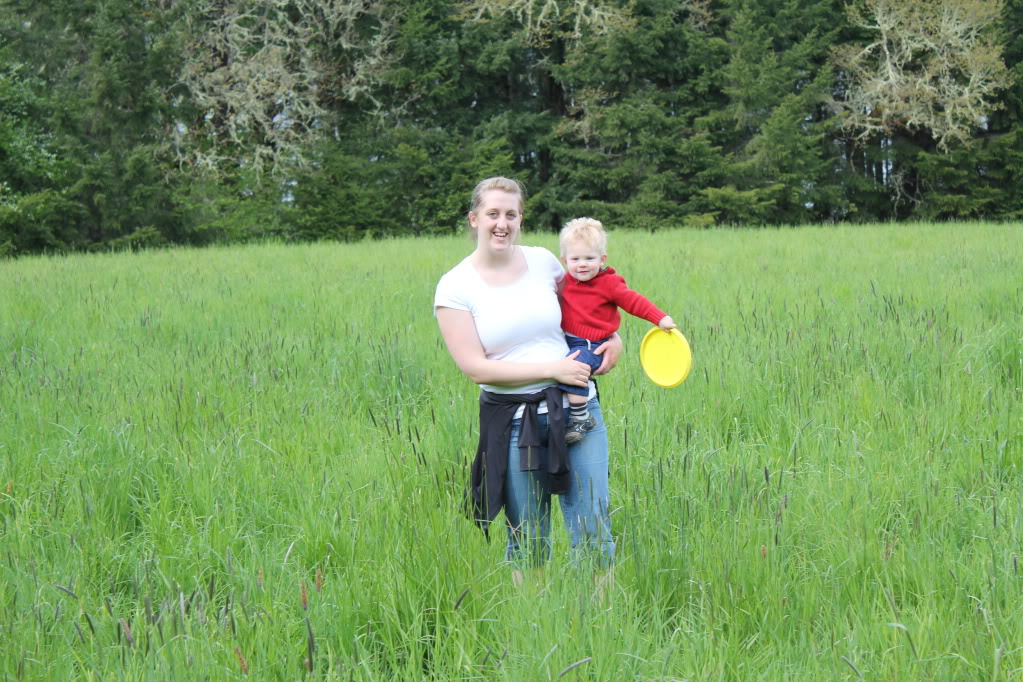 After hours of fun with the Wilkinson's it was time to head home. Benton must have had a blast because he was exhausted! 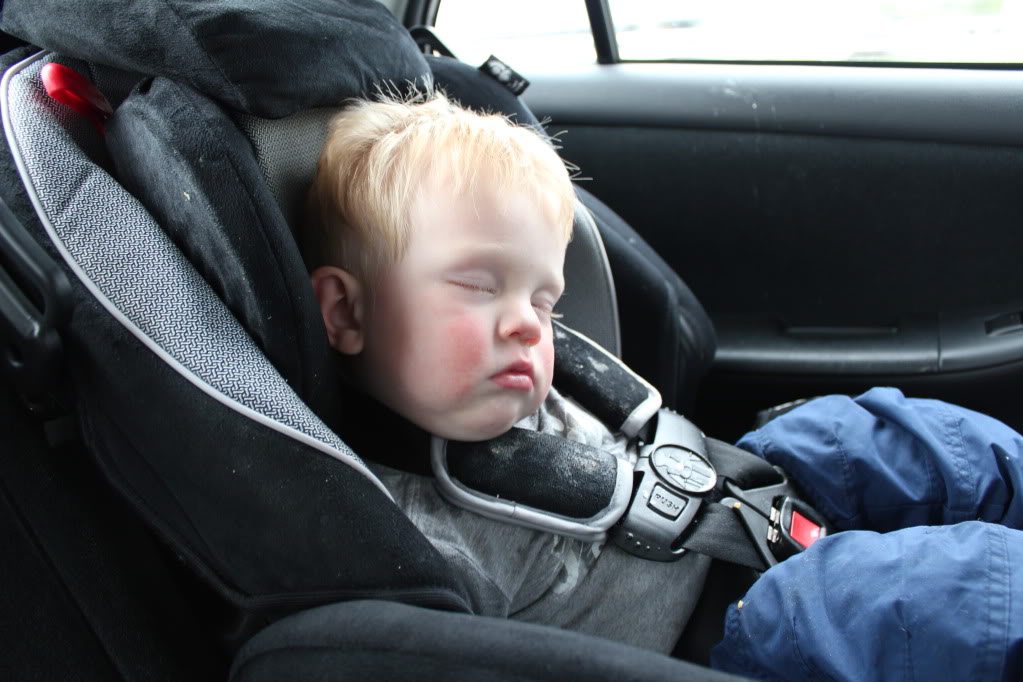