Mr. Emmett is 4 whole months old. There is so much that changes in the first few months of a baby's life. I love it! Every stage must be cherished because it doesn't last long. Right now a few of the things that I cherish are...

When he wakes up he just talks to himself until I walk in. When I do he smiles and waves his arms in excitement. He is generally a happy baby, but he is especially happy for about 30 minutes after he wakes up; just saying hi can make him giggle! (He still gets the hiccups if he laughs too long) 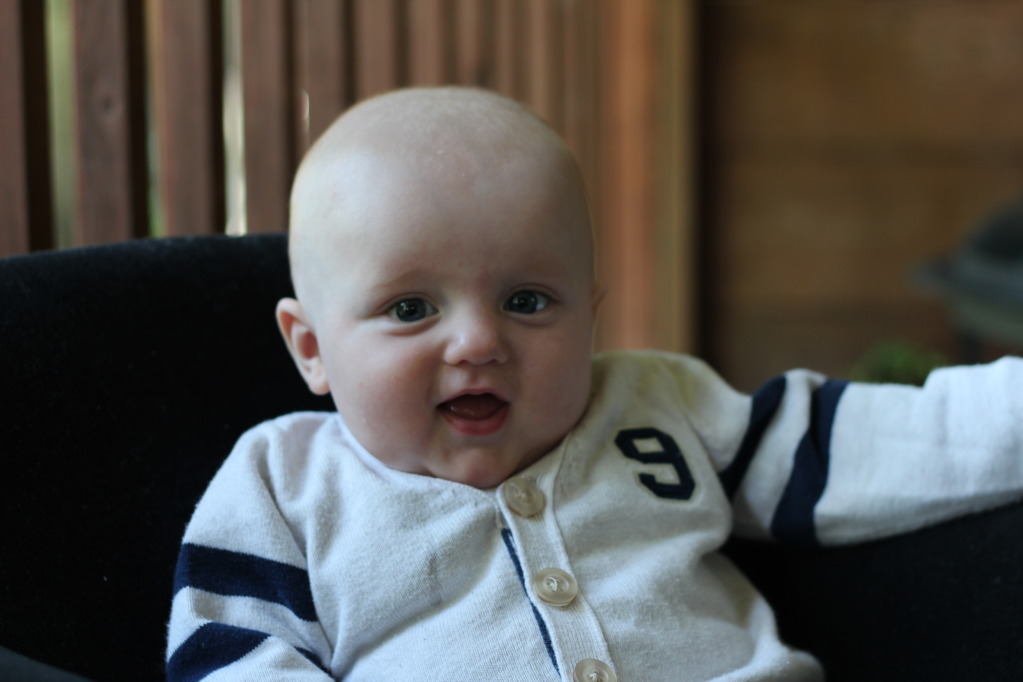 We finally have developed a consistent sleep routine. He takes a 45 minute nap 2 hours after waking up and a 3-4 hour nap around 12:30. I love that I can {more or less} plan on having that time everyday to spend with Benton or to get some things done. He goes to bed at night around 7 or 7:30 and wakes up at 7. Last night he slept from 8 until 5:30 without waking up! I was amazed. He normally makes it until 2:30 so I was delighted to get the extra 3 hours of sleep in a row. 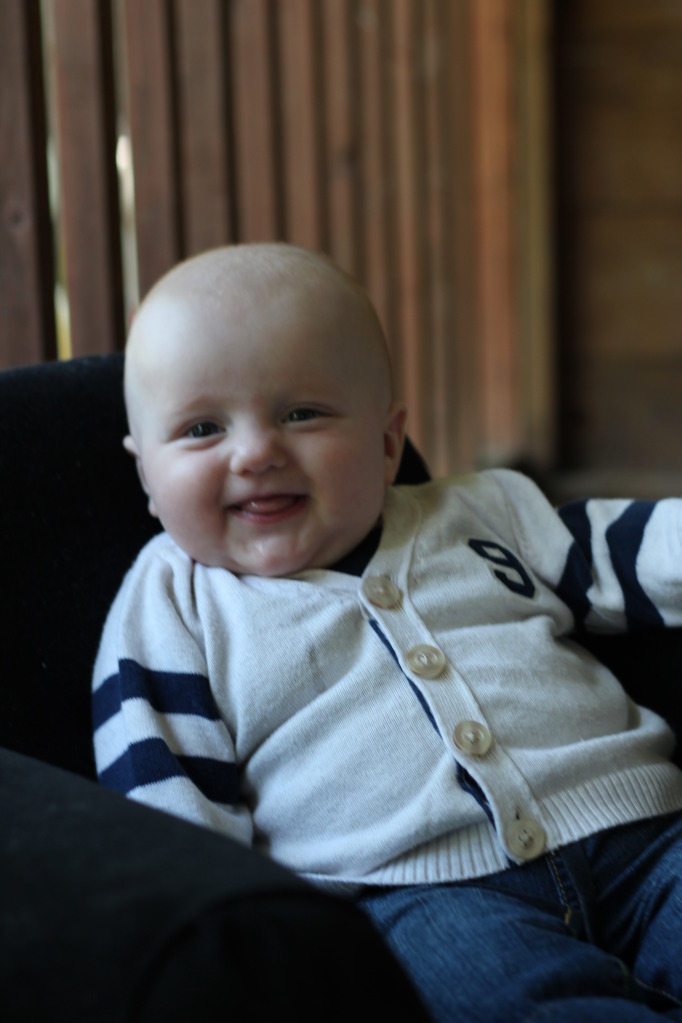 He rarely ever cries, he coos instead. If he does cry it is only if he is really hungry or over tired. 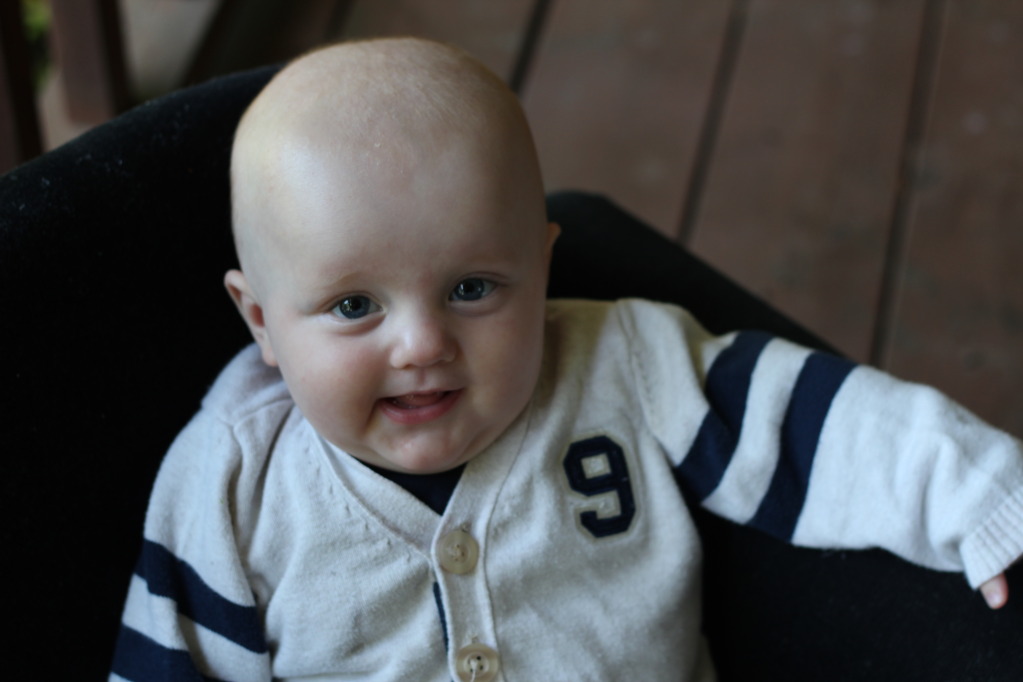 He loves to put things in his mouth, as do most kids at this age. If I put a blanket on him he will pull in up to his mouth and chew on it. He also chews on his thumb, but doesn't suck on it. 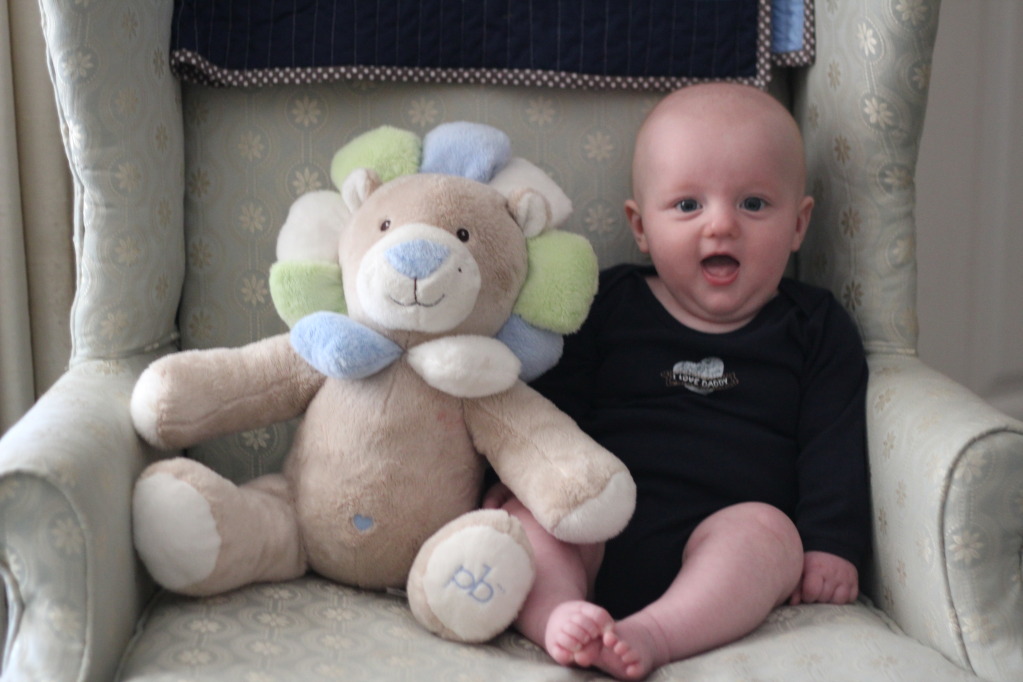 To put it simply he is a very sweet, joyful, cuddly, angel baby. I love him more every day.
Email Post