Up, Up and Away

For Emmett's birthday Benton and I took him swimming. It was the same thing we did for Benton's first birthday and he had so much fun we did it for Emmett too! After that we met up with Dallin for some lunch. It is so fun to meet up with Daddy for lunch! After a nice long nap we spent the rest of the day playing and having fun. A few days later Emmett had his first party, a hot air balloon party. Benton loved the hot air balloon idea so much he was asking for it for his party next month! We kept Emmett's party pretty simple since he is just turning one. We invited some family and a friend who's baby is Emmett's age.

For food we had a yogurt with different berries you could mix in. It was a hit with the babies, and the adults too! I also made some hot air balloon cookie and of course we had the cupcakes! 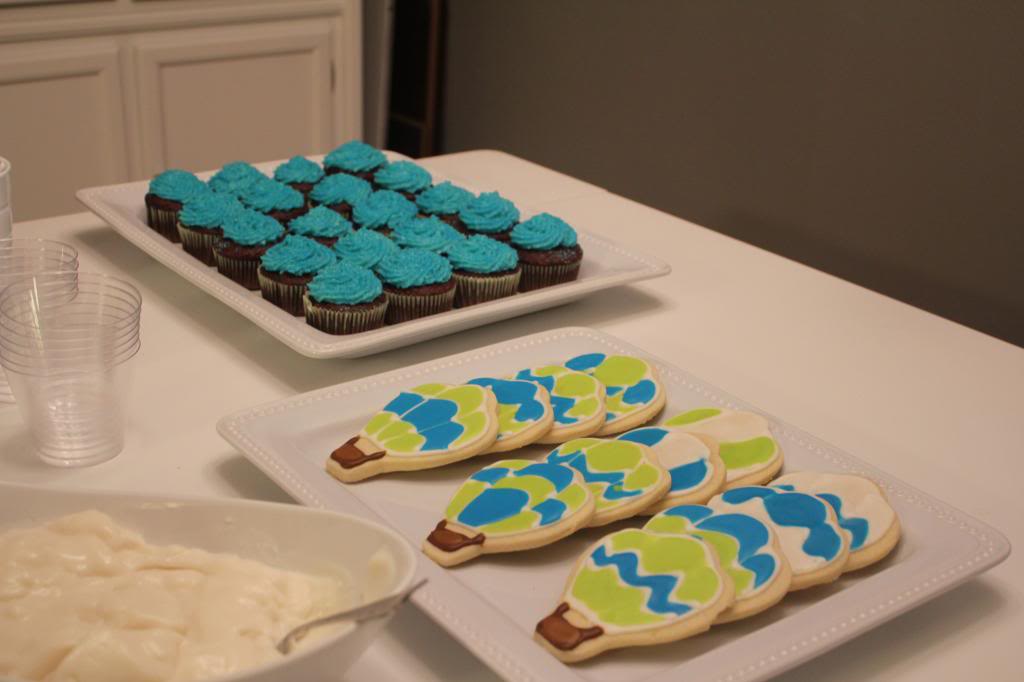 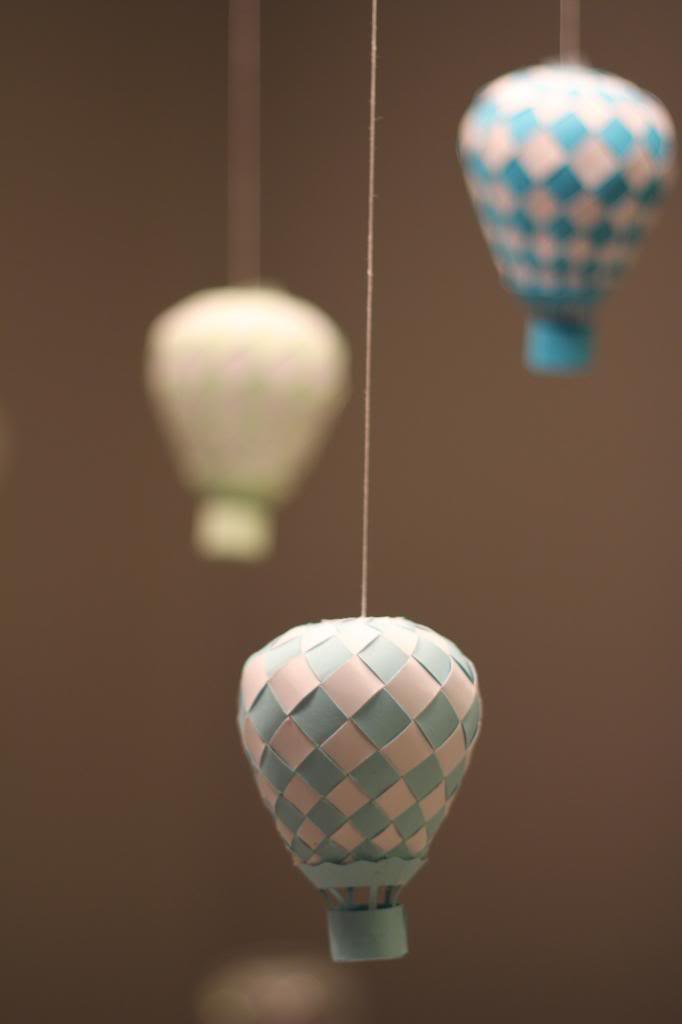 Here is Julie enjoying the party. 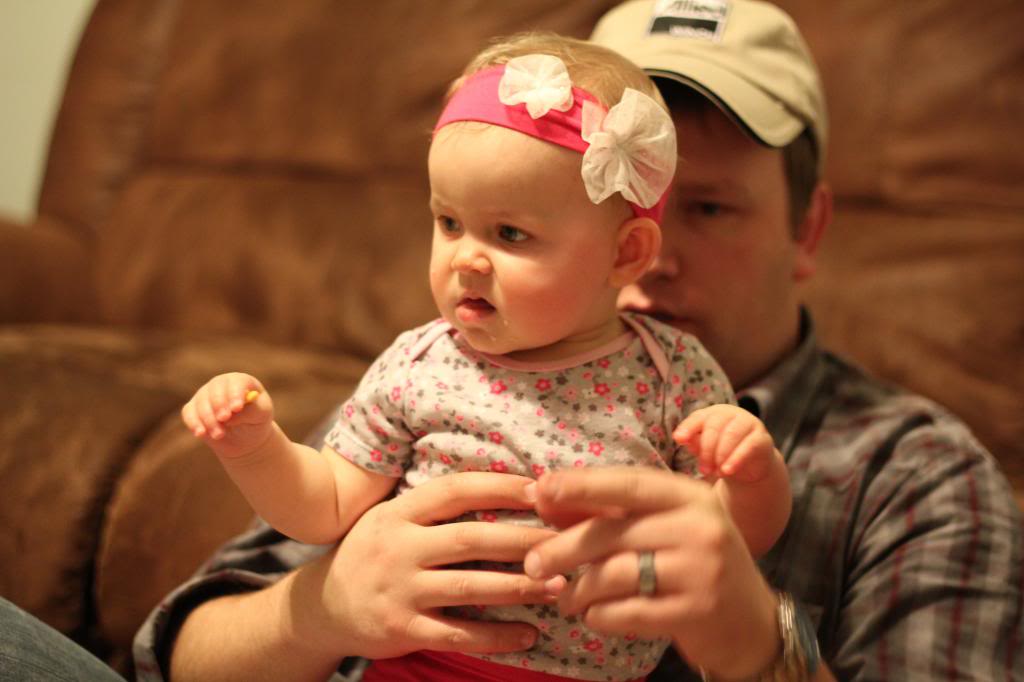 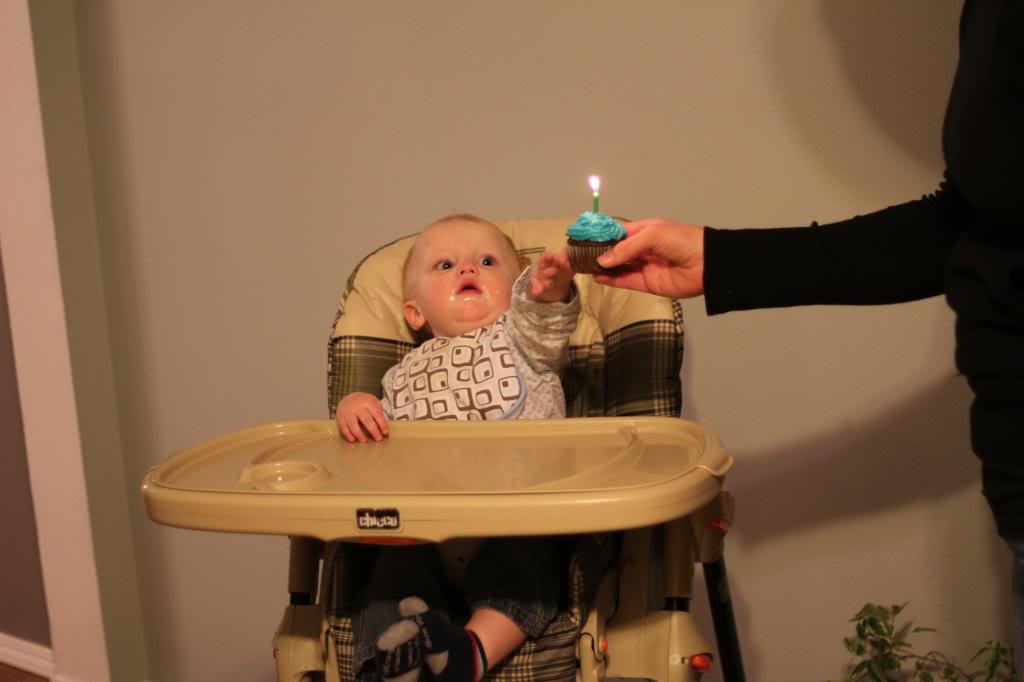 After a minute of feeling the frosting and poking at the cake, he finally tried it and boy was he happy! 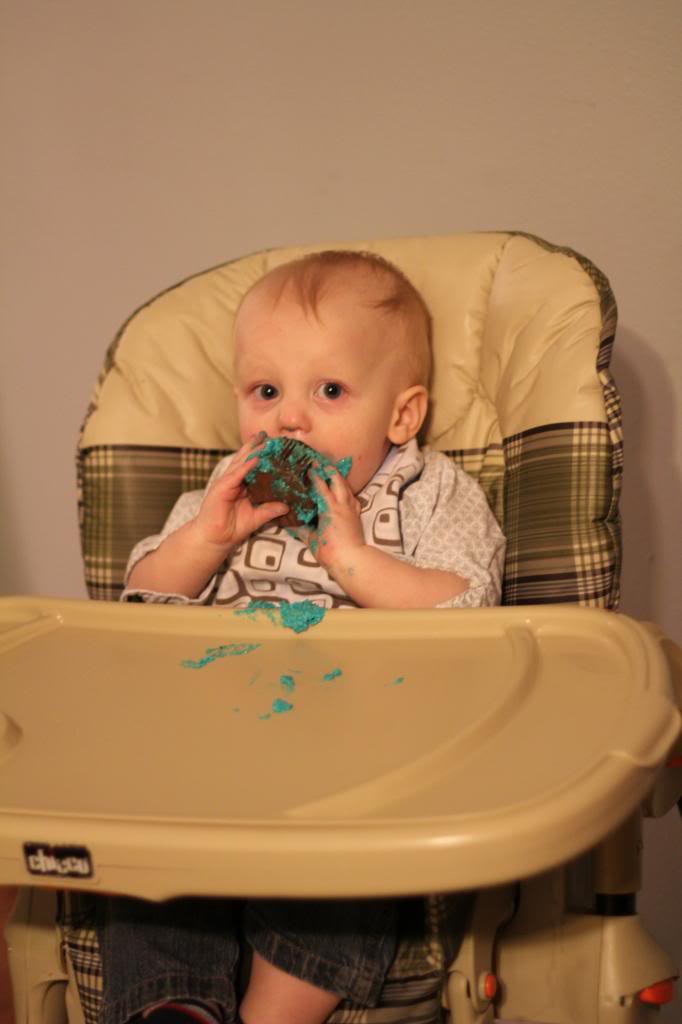 He also enjoyed some fun presents. He learned very quickly that those fun colored bags have toys in them! For his birthday he got a few soft blankets for him to snuggle with, some clothes, and some great new toys. I think he really had a fun birthday! 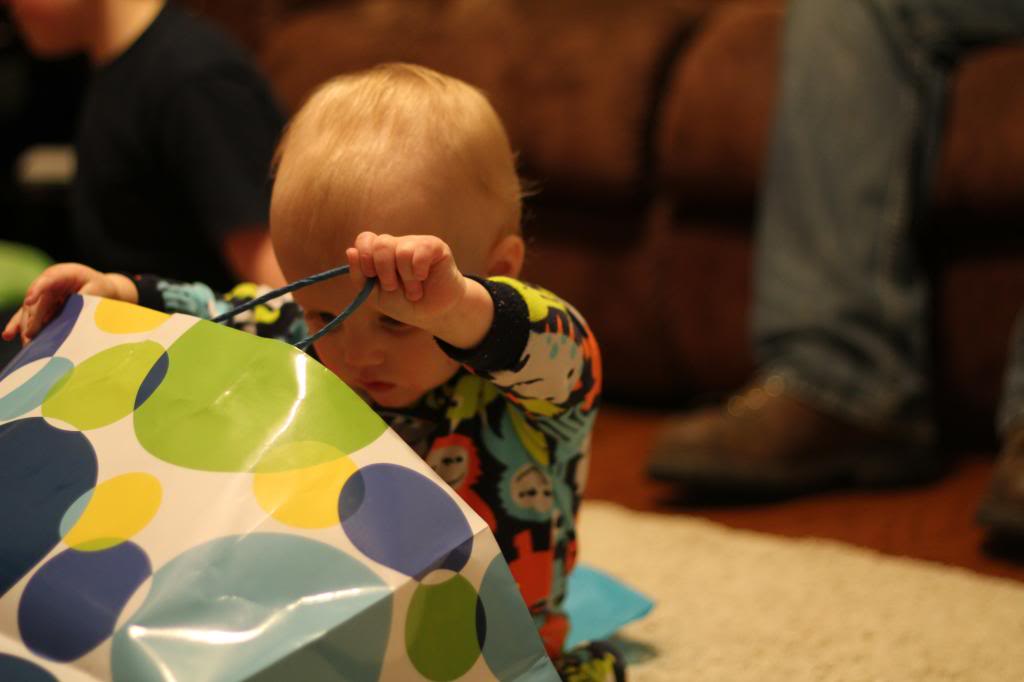