I must have forgotten that I have a camera. My two boys are growing so fast so I really need to whip that thing out and take more pictures. New Year's resolution? A new little baby will probably help. We'll have to see though. Anyway here is a December catch up post and then of course we have tons of Pictures of Christmas!

Early in the month we joined a few friends and went to the Children's museum. The kids loved it as always. Benton and Norah did an excellent job coloring their faces. We drew a tiger somewhere in there. 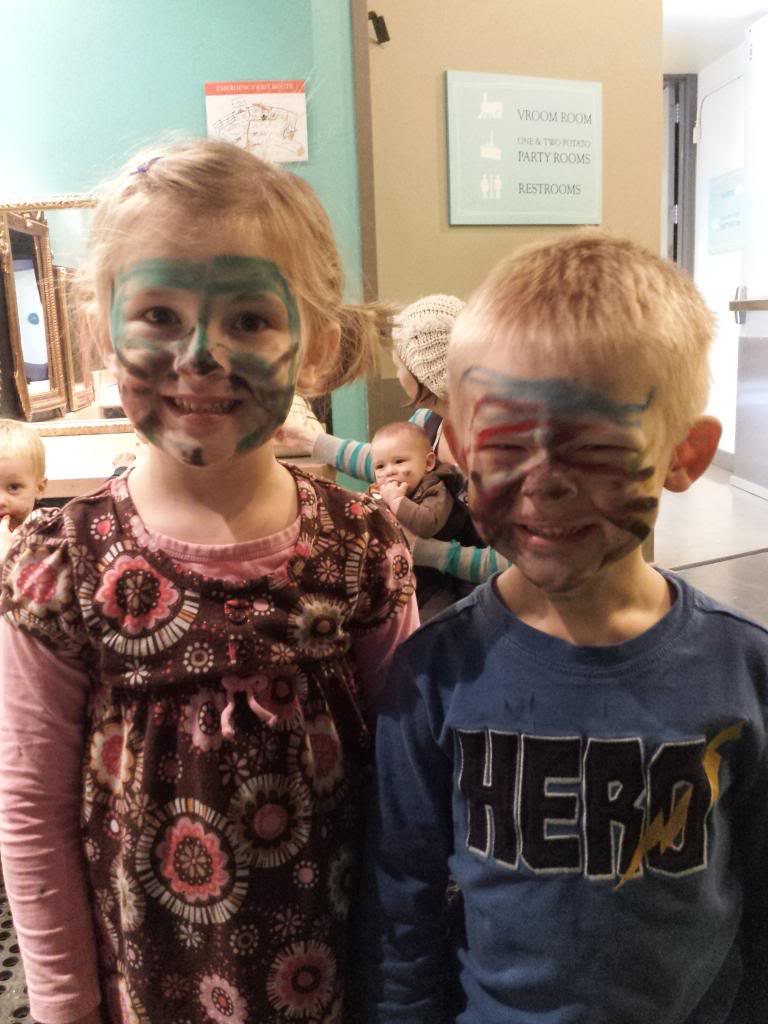 We've still been working on our bathroom remodel so we headed to Lowe's one Saturday and realized they were having a workshop right then! So we followed the hammering sounds from the back of the store and made some Christmas trains. 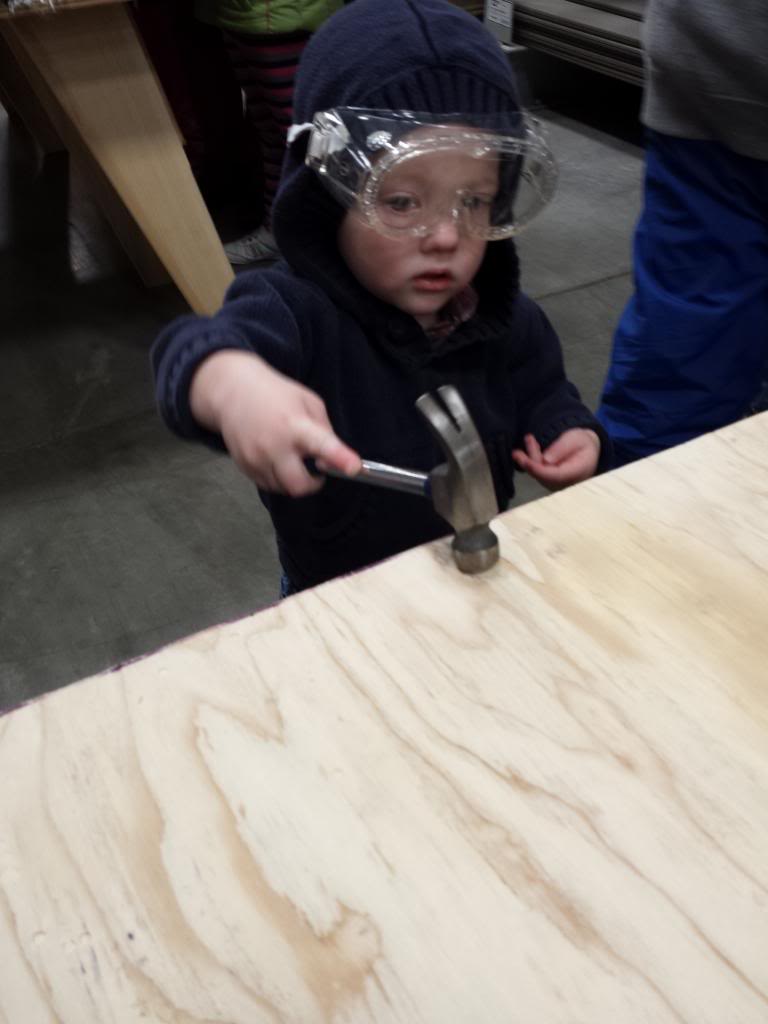 It was the first time that we have taken Emmett and he did such a great job! He loved it. I think it has been over a year since we've taken Benton and this time he was able to do most of it himself. 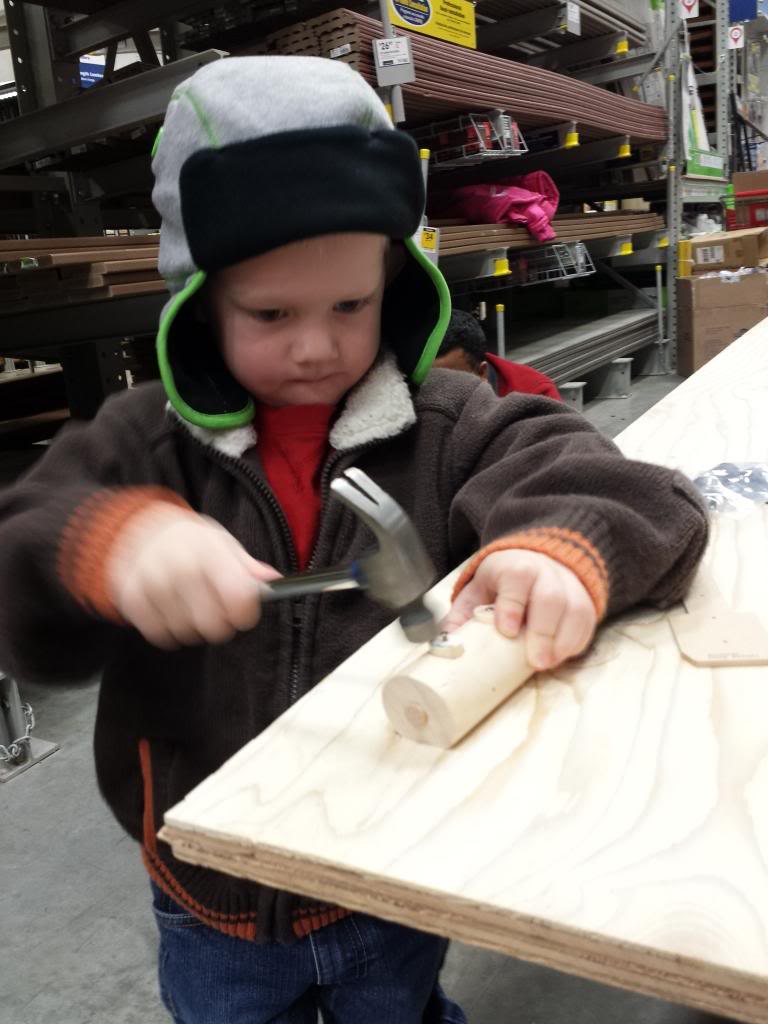 They were so proud of their work! 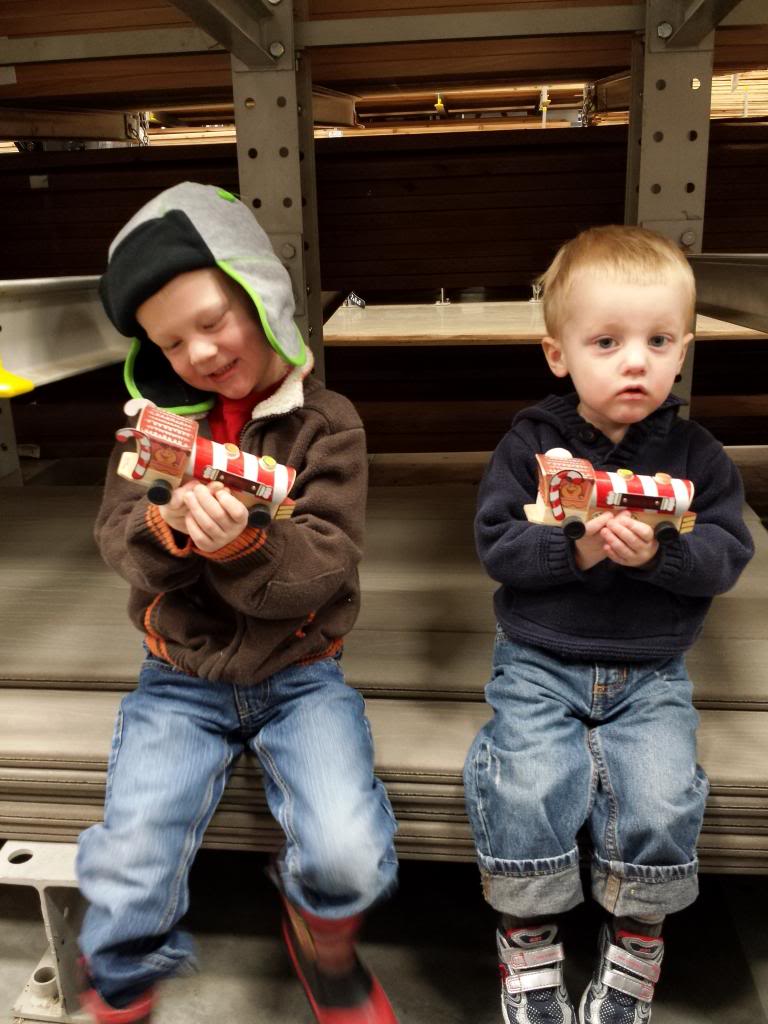 Benton and I headed out to do a little Christmas shopping and found ourselves on a horse drawn carriage! We loved all the little surprises we found this season. 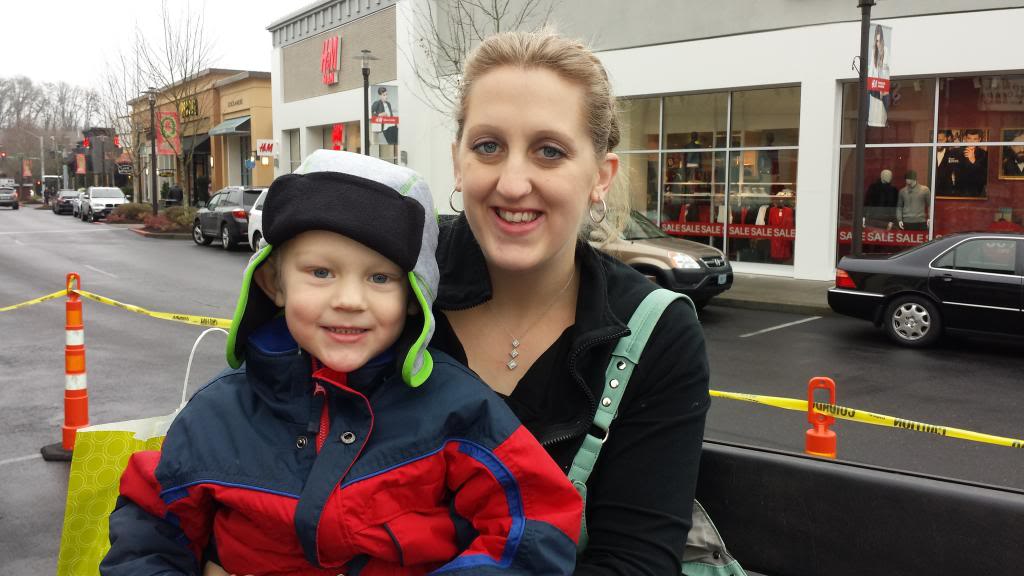 Benton and Emmett wanted their pictures taken in front of the Christmas tree. 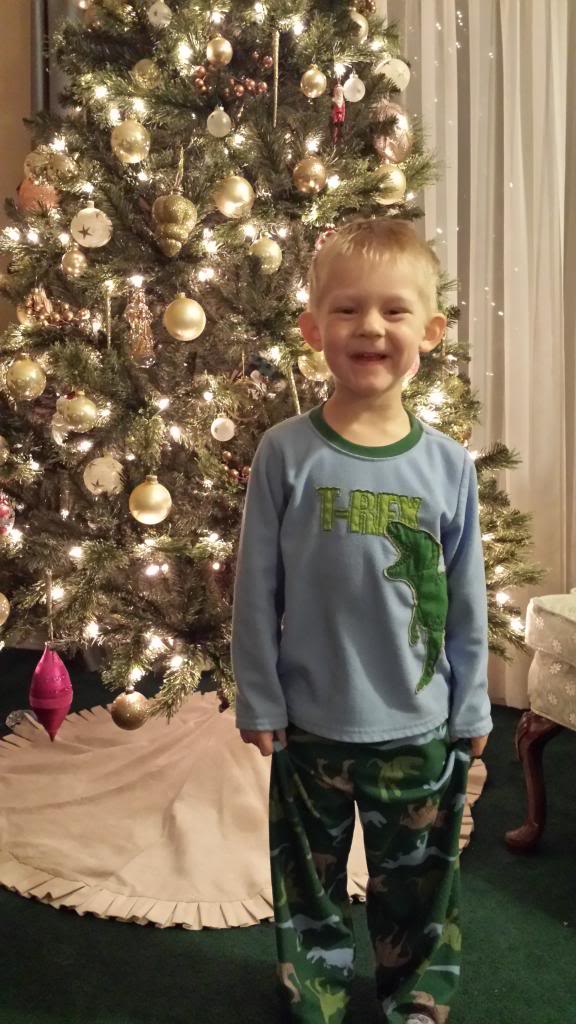 Notice the one pink ornament? Benton found it and insisted that it be on the tree. 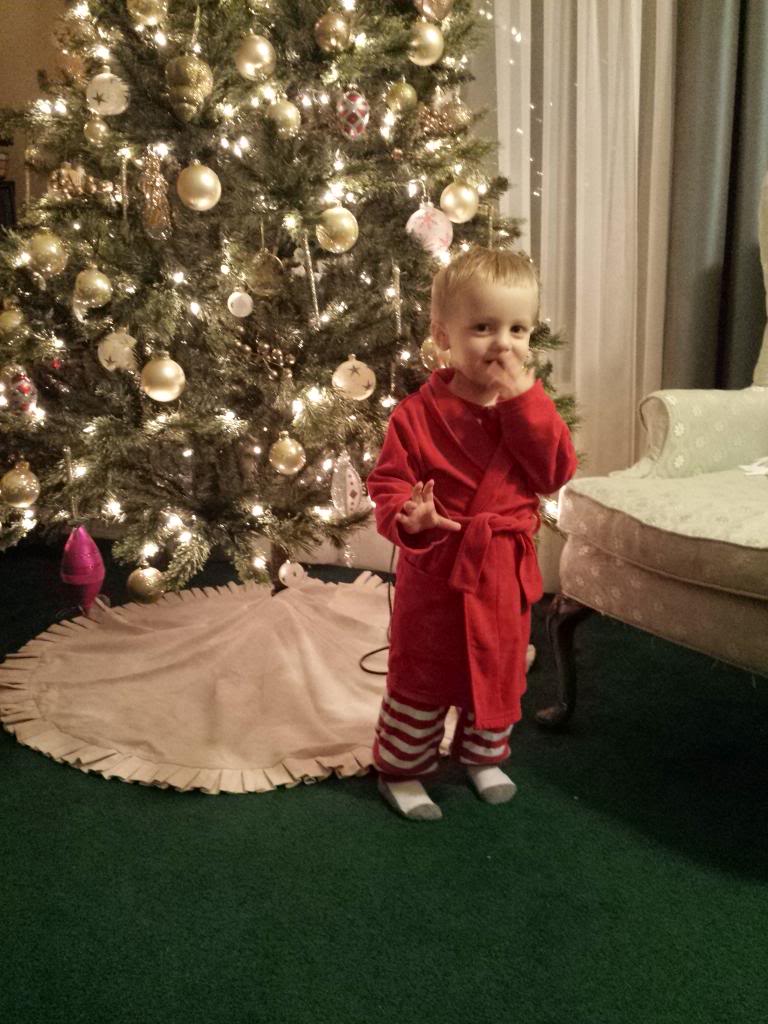 We made a Christmas count down chain this year. Each morning after breakfast they would take a link off and we would do the activity written on the inside. Benton of course had to rip all of the reds ones and Emmett got the green ones. The activities ranged from drinking hot chocolate, singing Christmas songs, doing a Christmas activity, to writing a letter to Santa. The day it said write a letter to Santa we headed down to Macy's to write it. This was Benton's letter. 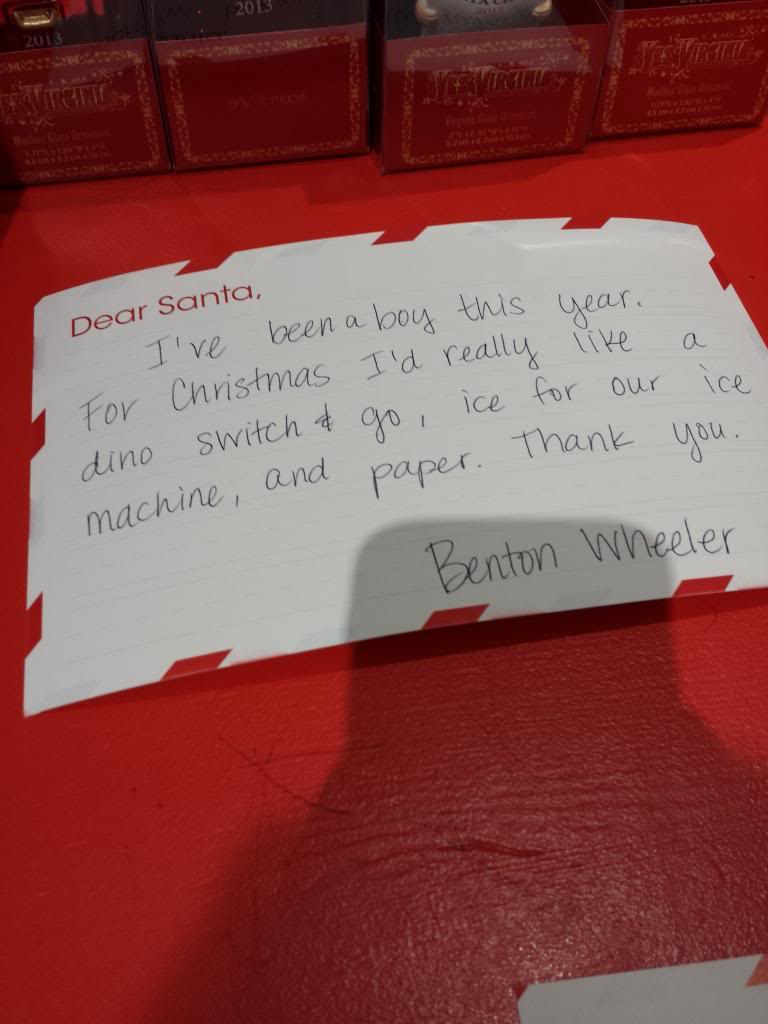 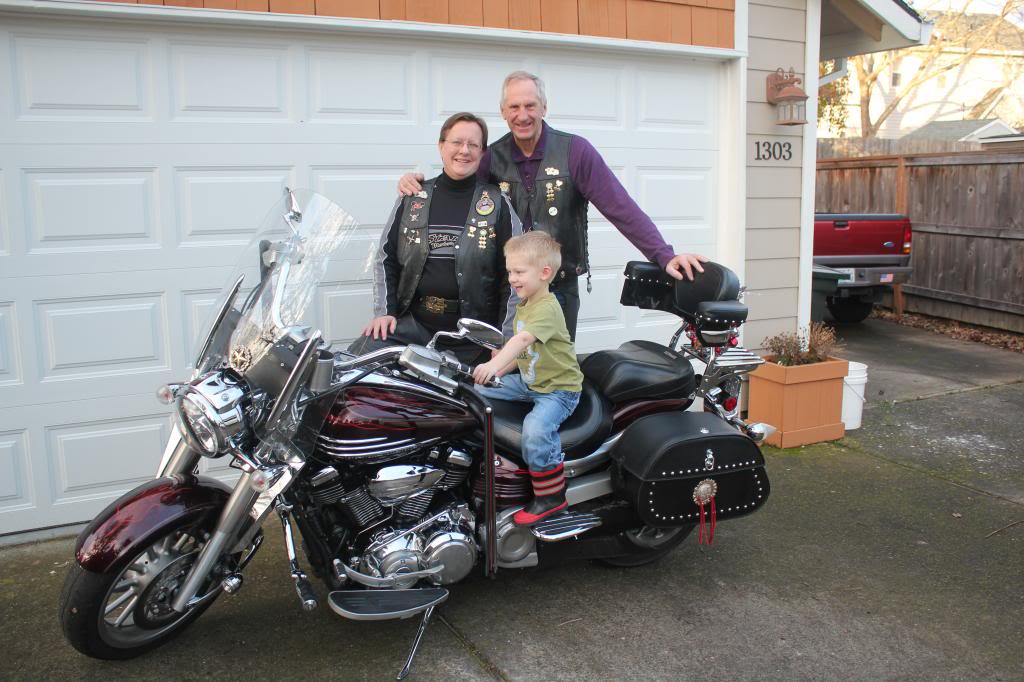 Pa and Oma came over on their motorcycle and let Benton sit on it, can you tell how he feels about it? 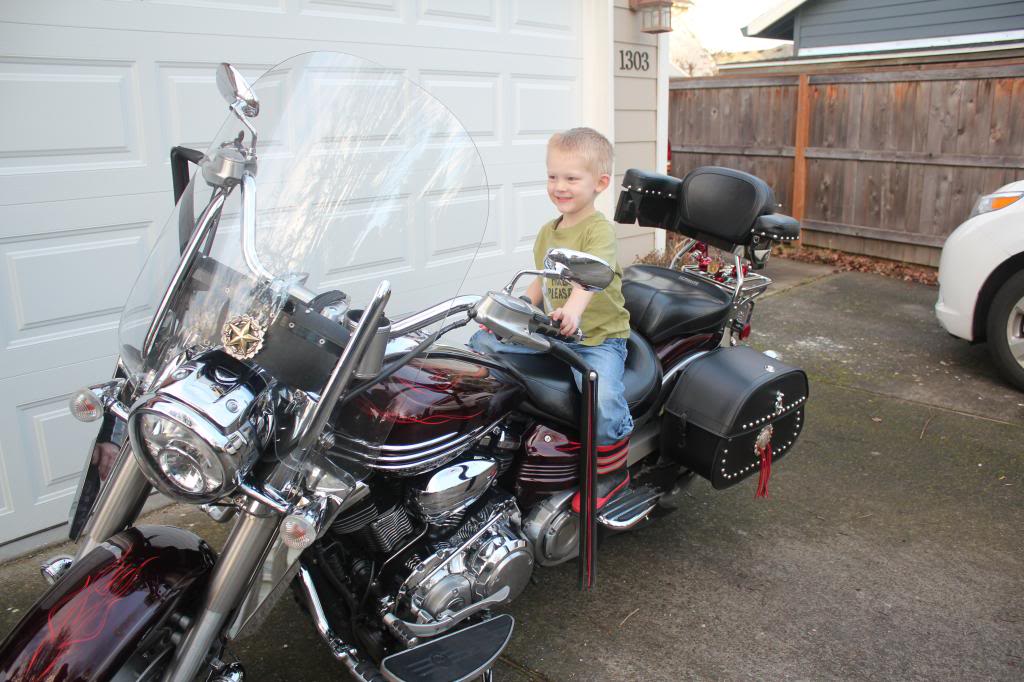