Well it's here. Adalyn is 5 months old already. She has started rolling over more and I'm just not sure I'm ready for all of this. She seems to be hitting new stages before I realize that we are even close! I guess that happens. I just try to enjoy her every day. She was ready for a nap when I snapped these pictures, and in some of them you can tell, but she still looked adorable! 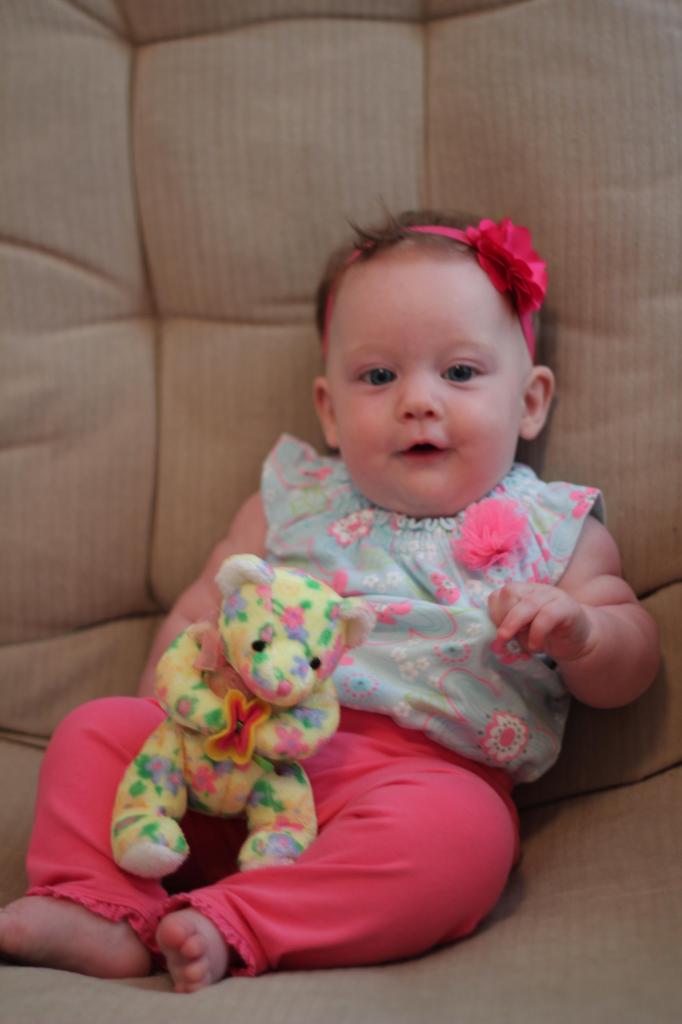 Unfortunately Adalyn is starting to loose her hair. Dallin threatens to shave it all off one day while I'm gone. Well one thing's for sure, I won't be leaving Adalyn alone with Dallin anytime soon! 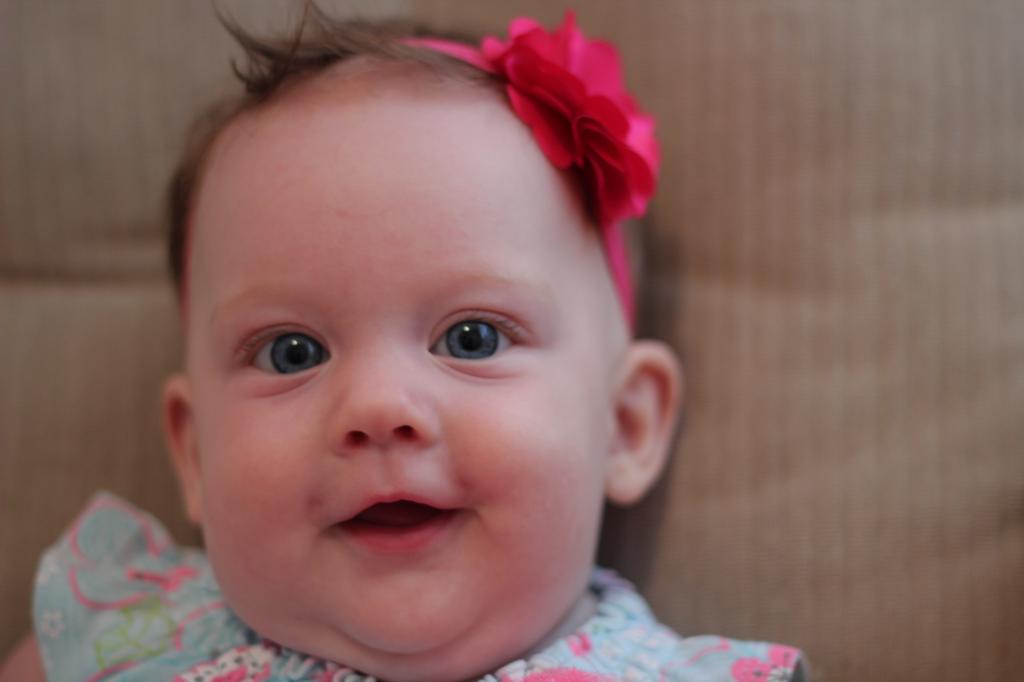 She is starting to sit up better. She can do it by herself for a while but she will fall over if you're not close by. 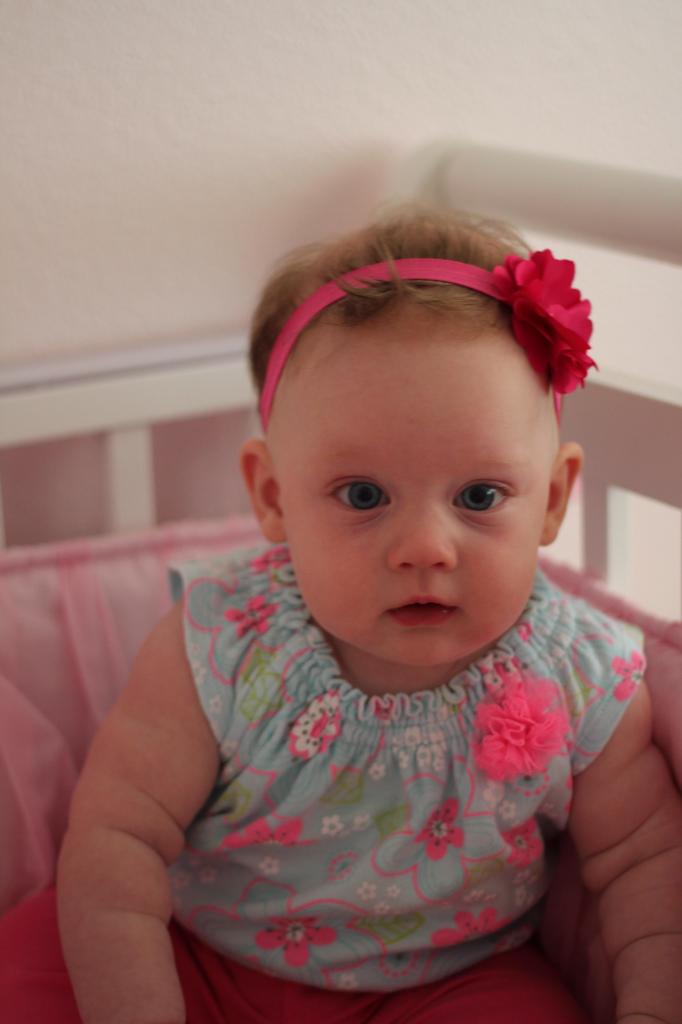 Adalyn really wants to eat food. She reaches for food, stares at your food with those precious begging eyes, and drools a little bit too. We tried once to give her some baby oatmeal, but her tummy isn't ready. She woke up every hour that night. She didn't seem cranky about it, but I think her tummy hurt. She would crunch up and roll over- that is what would wake her up. We tried again with rice cereal and she did the same thing. We will wait another couple of weeks before we try again. She loved eating it though! She ate it right up. 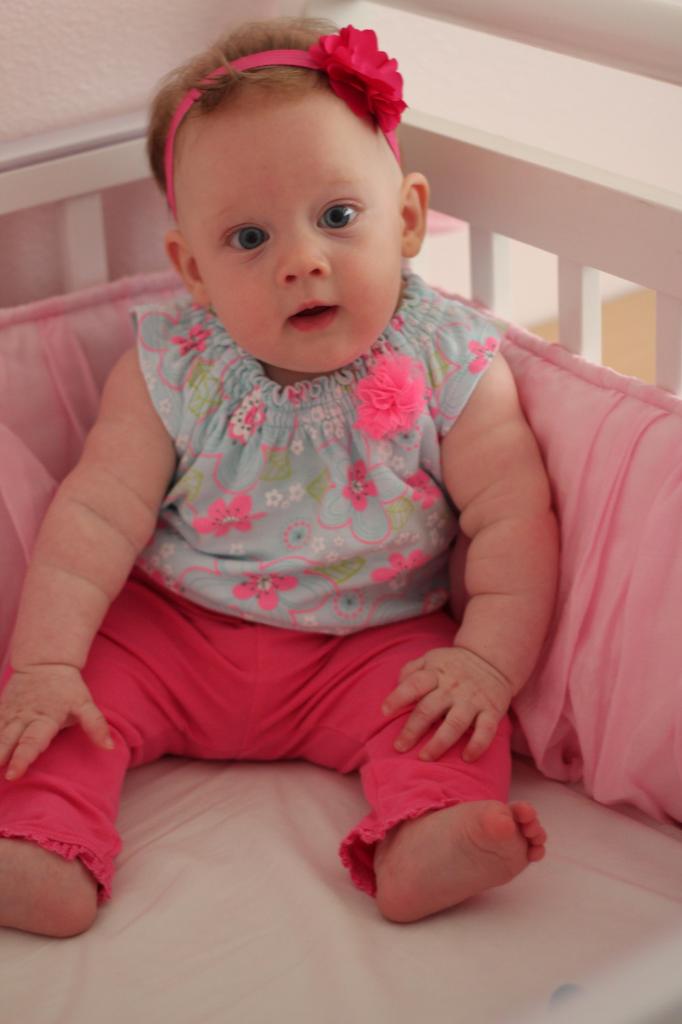 She is starting to do better in the car now. Which is really nice. And as for naps, she is down to 2 naps. She usually takes one in the morning that ranges from 45 minutes to and hour and a half. Then she takes another in the afternoon for 2-3 hours. She tries to sneak in a 20 minutes nap around dinner, but if she takes it she won't go to sleep on time. She also has decided that 6 is an okay time to wake up, we need to have a little talk about that. 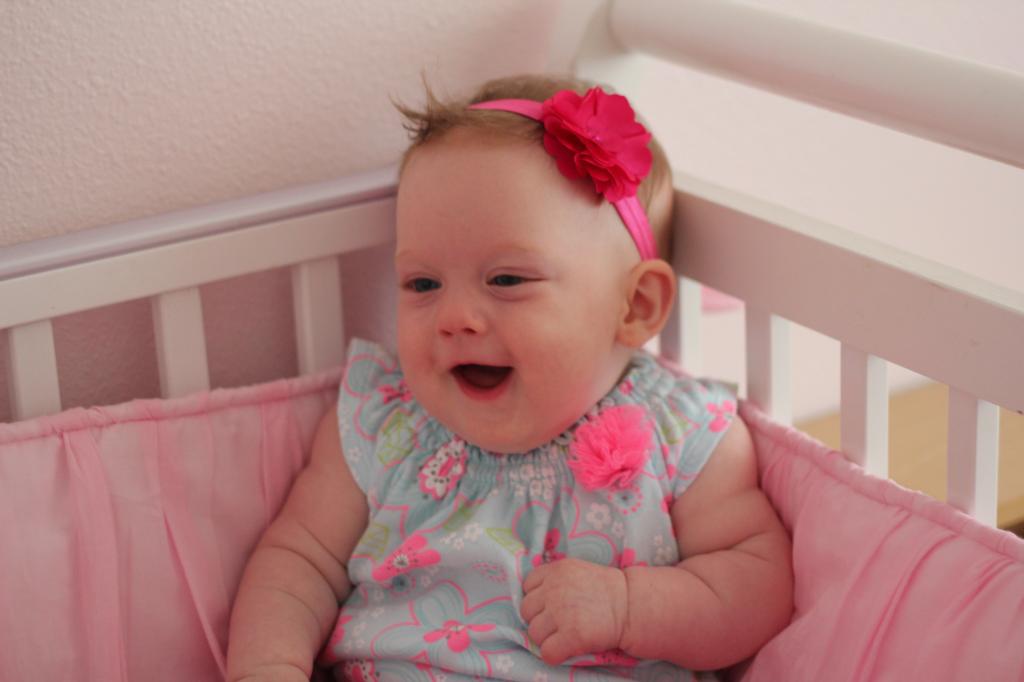 She was crying in between some of the pictures that I was taking, and this one just cracks me up. It is so sad though! Don't worry I put her right to bed after this one. She was done.

Adalyn is a sweet little girl and we love getting to know her.