Diggin' in the Dirt

Our yard was in desperate need of new bark, and it has been for a year or two. Dallin offered to host a BBQ for a friend at work that was moving out of state and that was when I knew we had to get it done! Have I mentioned that I love parties? They really make me get stuff DONE. So I had a week to spread over 4 yards of bark around, yes 4 truck loads. I was afraid of how I was going to be able to get it done with the kids around. I thought I would do it while Emmett slept and I hoped Benton could just play outside while I was out there.

Ha! Spreading the bark around was probably the highlight of their week! We did it in three trips, on three different days and it never got old. So here are a few pictures of the kiddos having the time of their life. 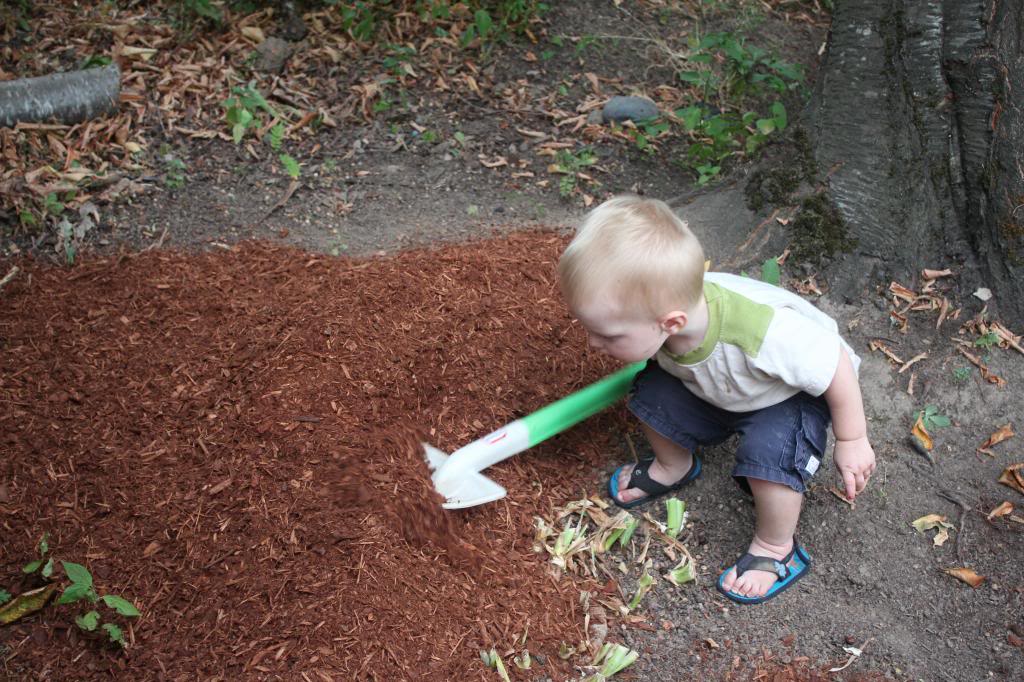 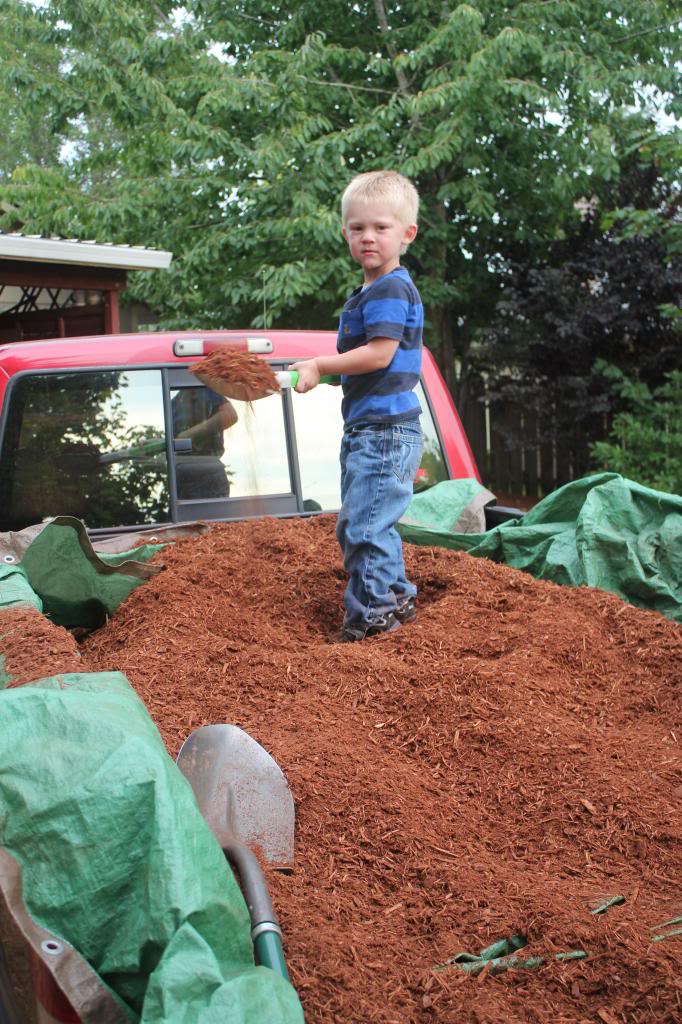 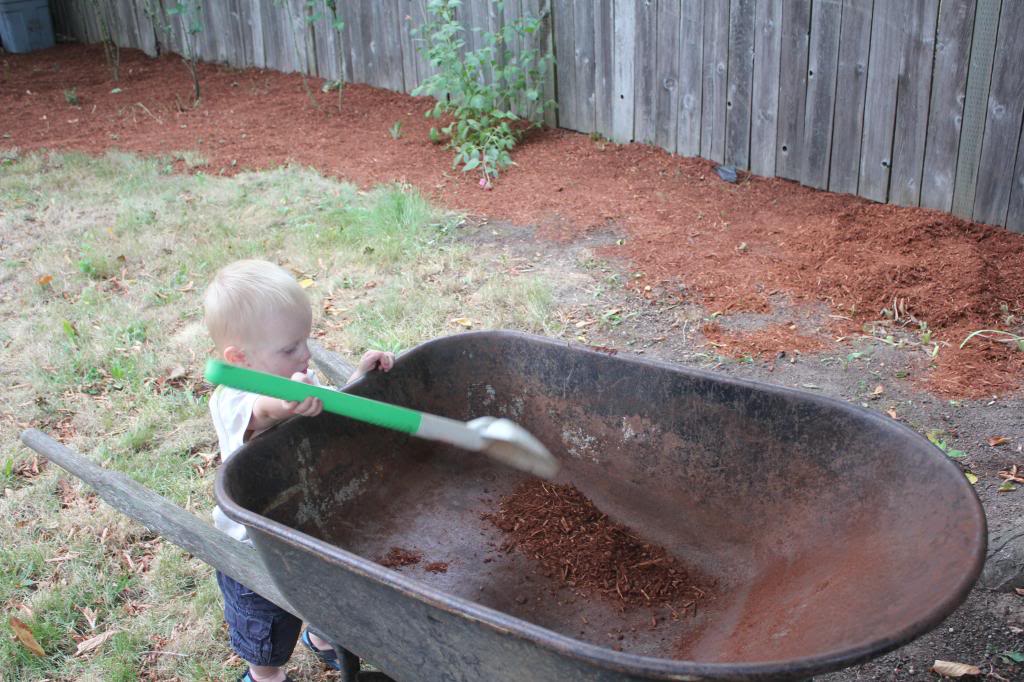