Emmett is three! He is such an amazing kid. He is very sweet and thoughtful. But if you cross him he'll scream at you. That is until you say sorry then everything is fine again. 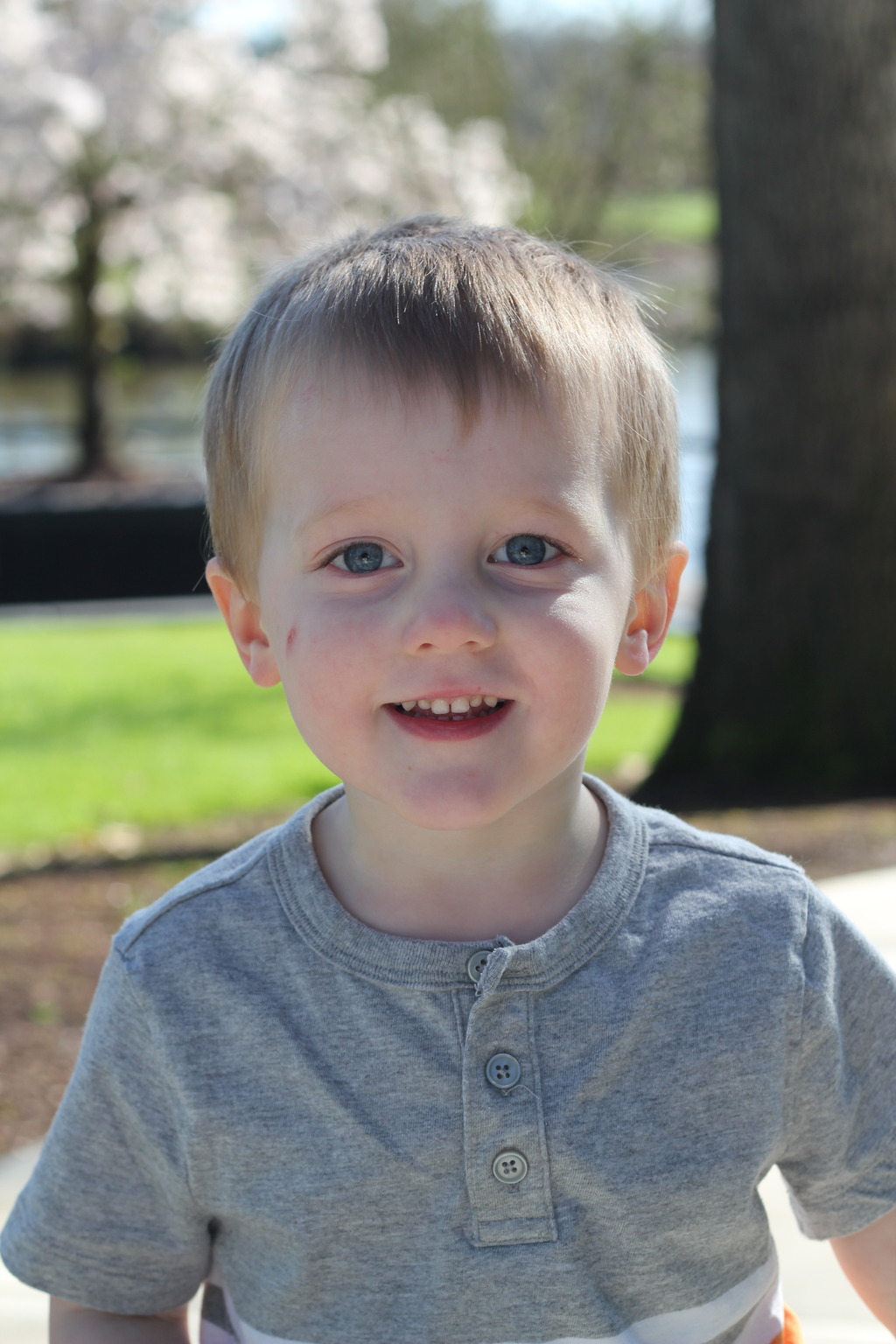 Emmett currently loves the movie Frozen (and can sing most of Let it Go by himself), eating goldfishes and noddles, reading books, and swinging. He is a great dancer and loves to listen to music. 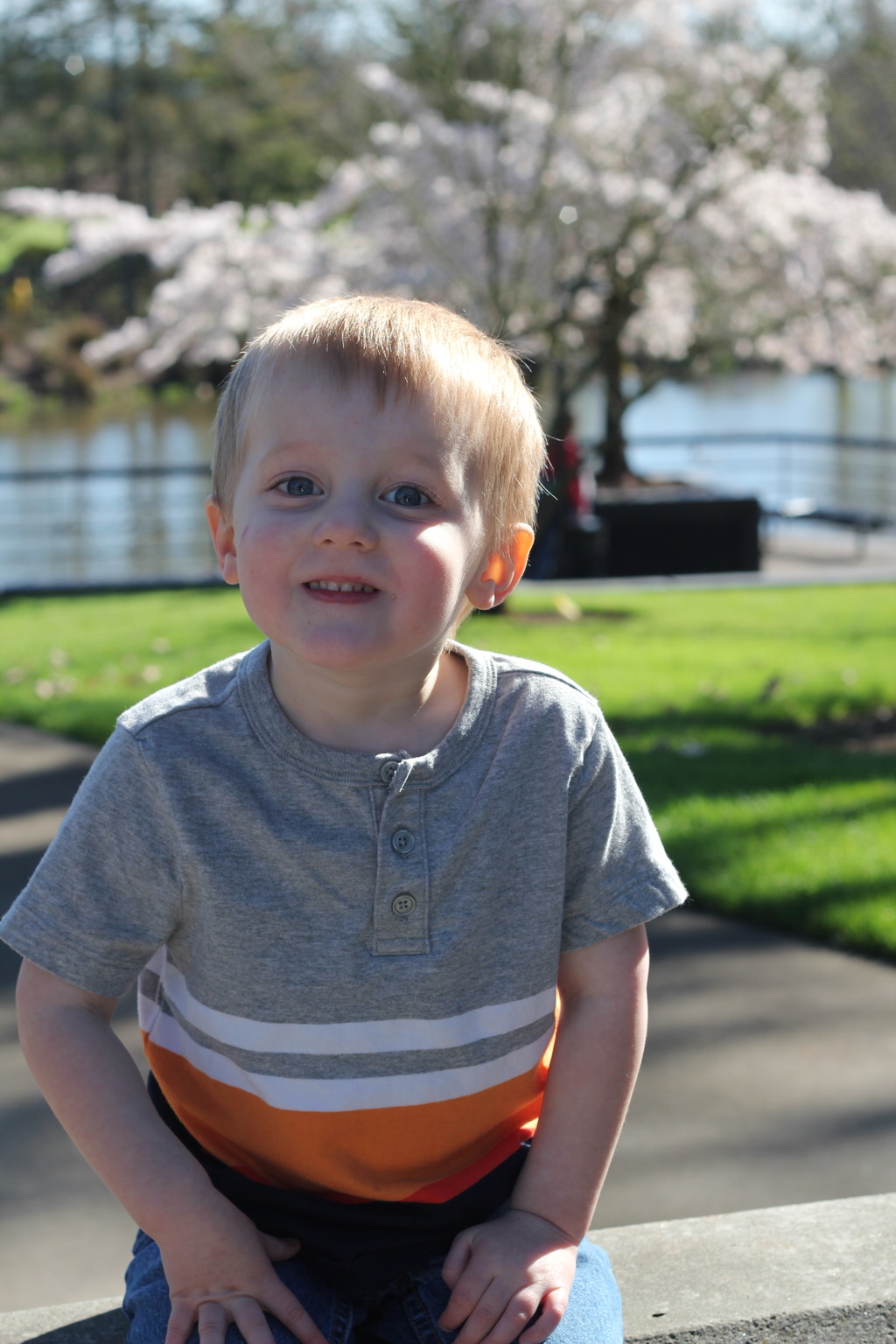 He loves his friends. The other day we were at a park and he met a new girl. They played together for a few minutes. Then he went over to the swings and offered to push her in the swing. Which he did. We also go to a playgroup each week with 3 of his good friends. He loves seeing them and playing with them. 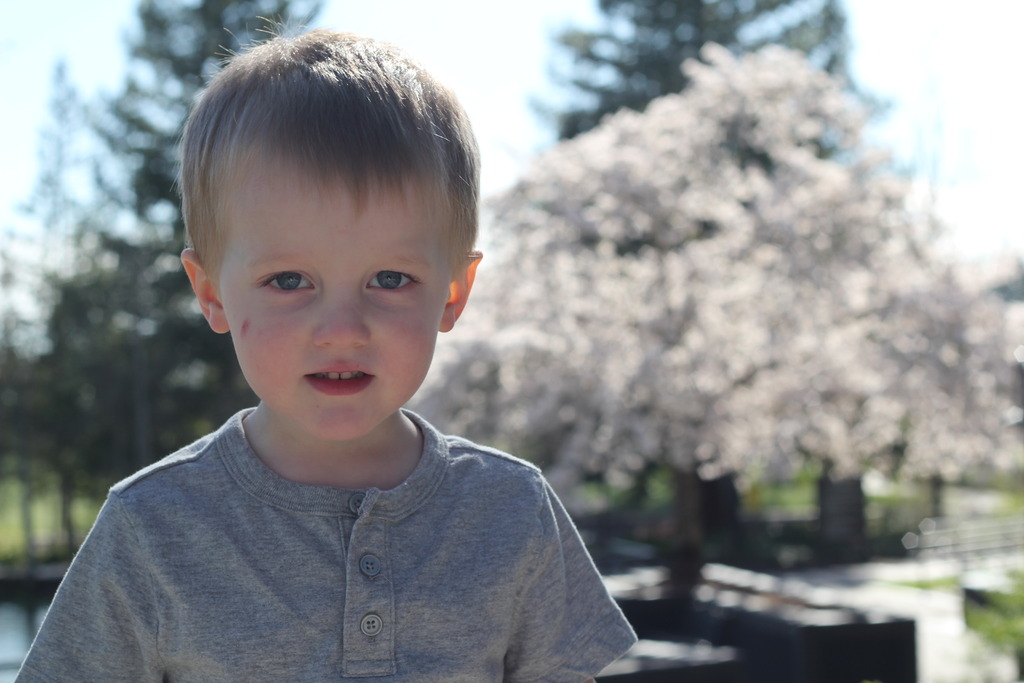 Since he's been close to being three, he has started testing his boundaries. The biggest one at the moment it screaming fits. I went to pick him up from a friends house and he didn't want to leave. He started screaming. Just screaming. Aye. And the more you try to calm him down the more worked up he gets. I'm sure I'll figure something out but until I do, he is winning this one.

When he used to have his blankie, it was his coping mechanism. Since we lost it, it has been clear that he has been trying to find a new one. I don't want to replace it with an item, he needs to learn how to calm himself down on his own. He has been getting better but when nothing else works I can pick him up and sing I am a Child of God. No matter how upset he is he immediately calms down and relaxes. 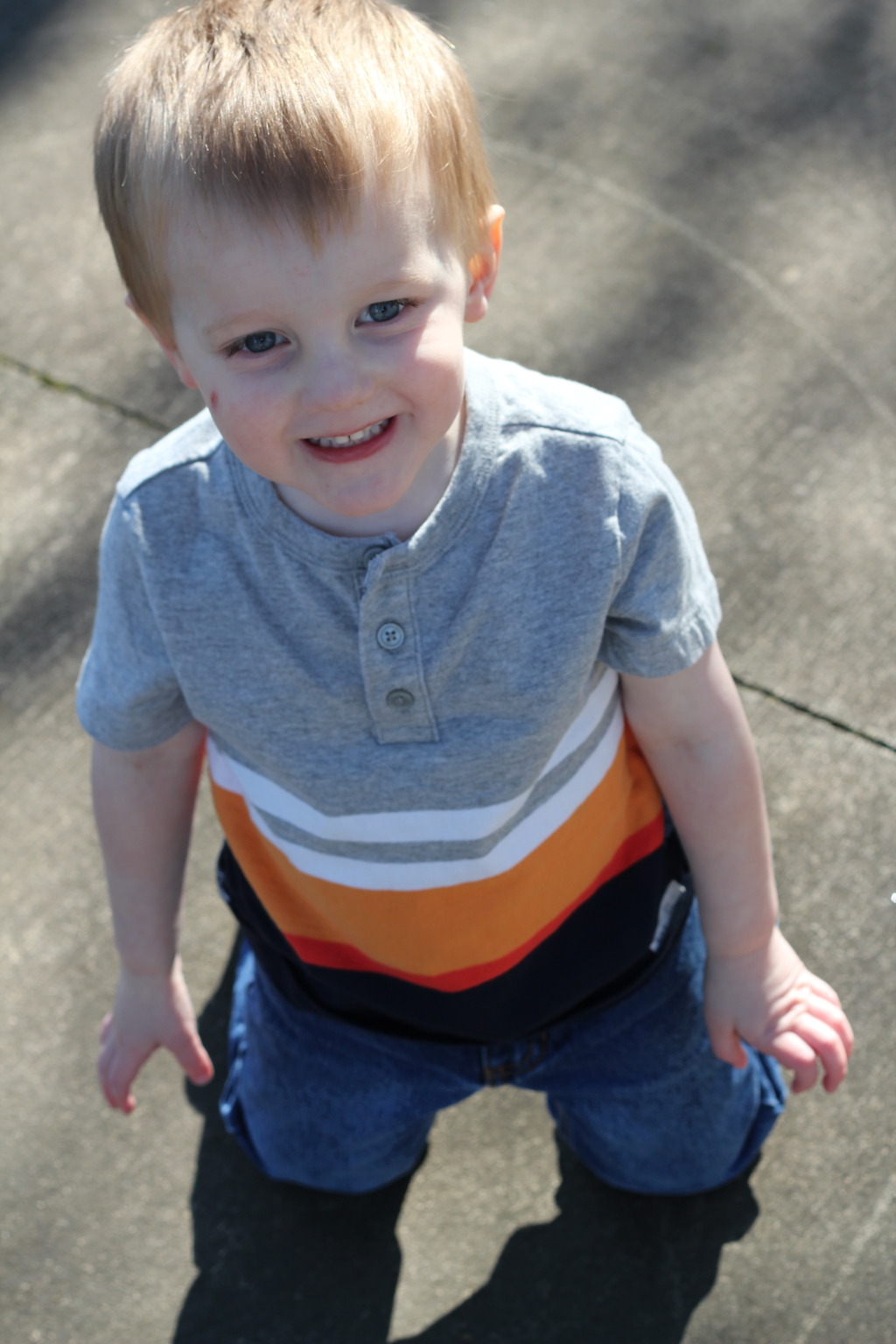 Emmett loves his siblings. He misses Benton when he goes to preschool. When Adalyn wakes up in the morning or from her nap he always says good morning and asks how her sleep was. In fact he says good morning to everyone. He is such a happy guy.

I know he misses Benton when he is gone, but I also feel like he thrives on having a little time without him around. Benton has such a strong personality that he often leads everything that happens in this house. For the most part Emmett is happy to go along. It is really great how well they work together. But when Benton leaves, Emmett has reign of the house and I think he likes it. He gets to pick what we do. Sometimes he just plays quietly by himself or with Adalyn and other times we sit and do puzzles. But almost everyday Emmett asks where Benton has gone. He loves his brother. 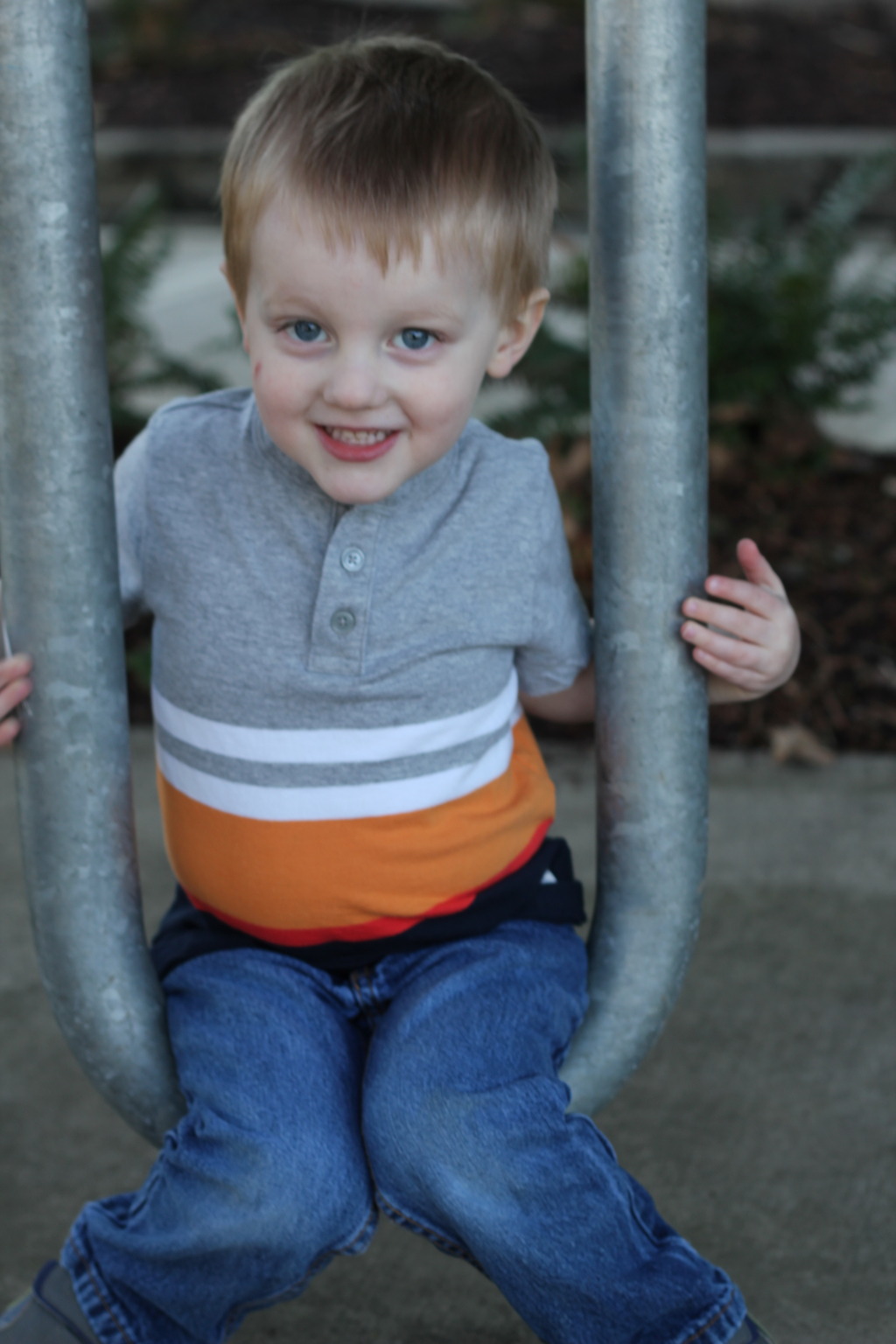 This is going to be a great year for Emmett, we sure love you M. 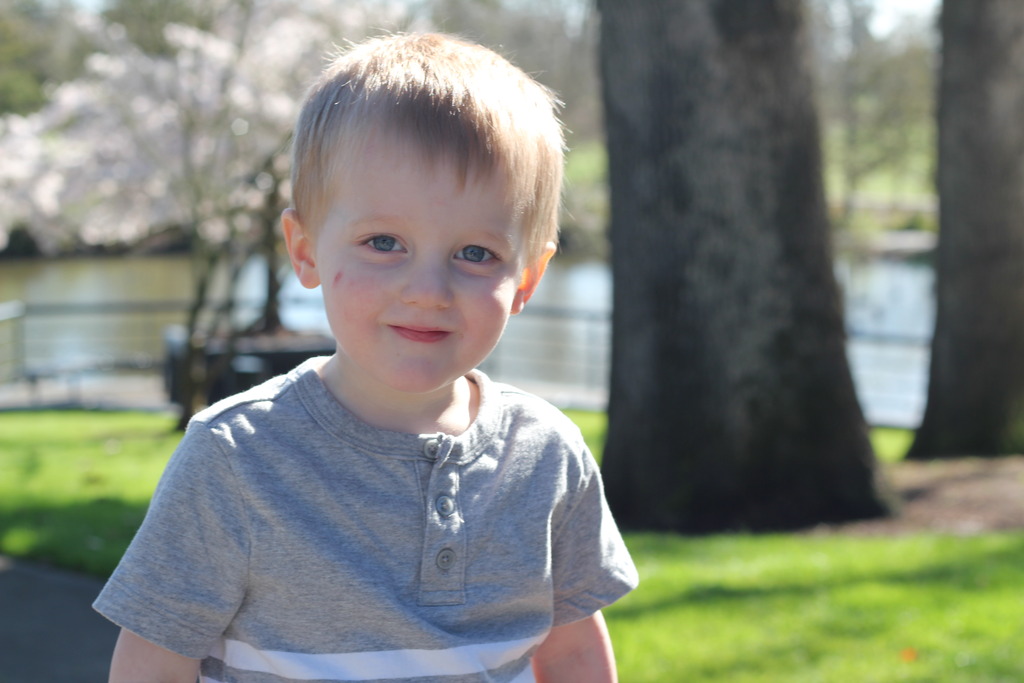