An old friend of mine sent me a message saying she was in town with her family. She invited me and the kids to join them out at the aviation museum. Yes! It's been 2 and a half years since I've seen Keri, and three more kids between us, so it was time for a reunion.

Our first stop were these seats. The kids decided they were flying to their grandparents house. 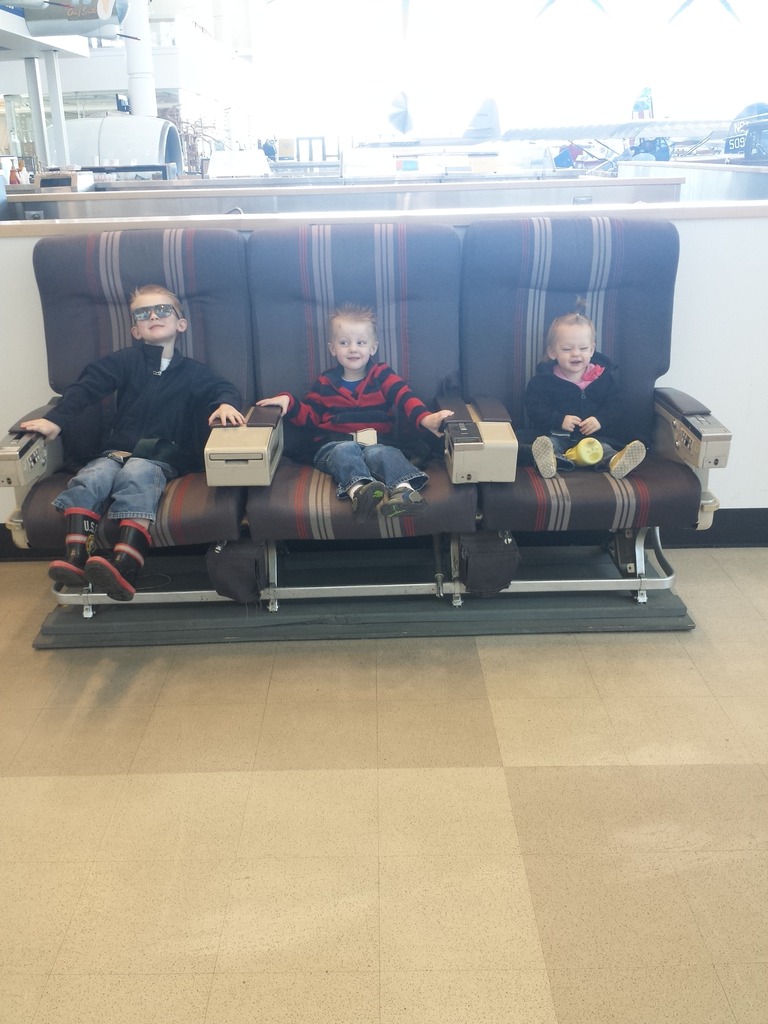 Once Keri and her family arrived we lined them up on another set of chairs. It was a beautiful sight. Six kids 4 and under. David, Keri's husband, kept saying it was like herding cats across the museum. Everyone wanted to go in different directions. Luckily there were three adults to keep track of them! Their youngest boy was being held when this picture was taken. 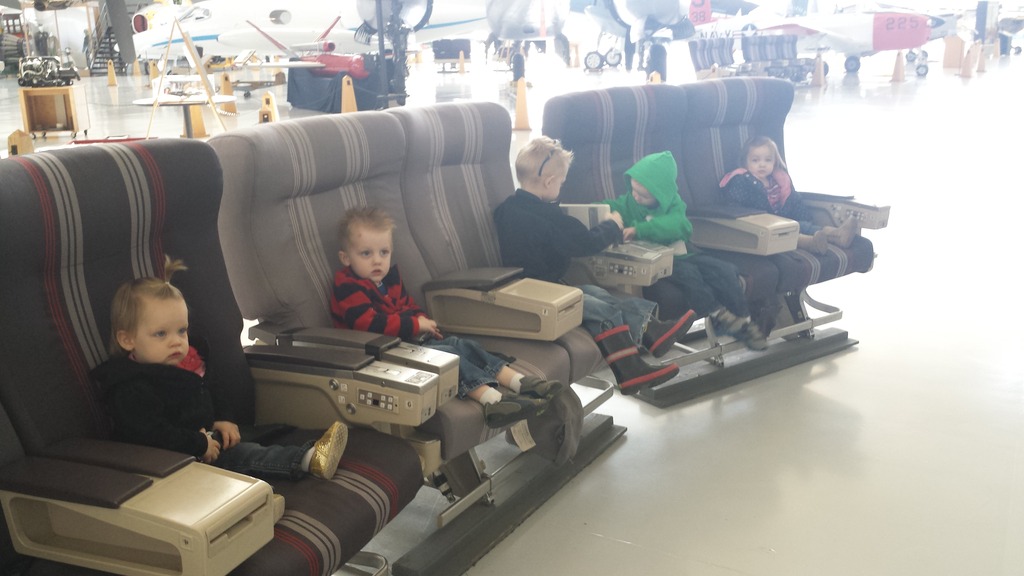 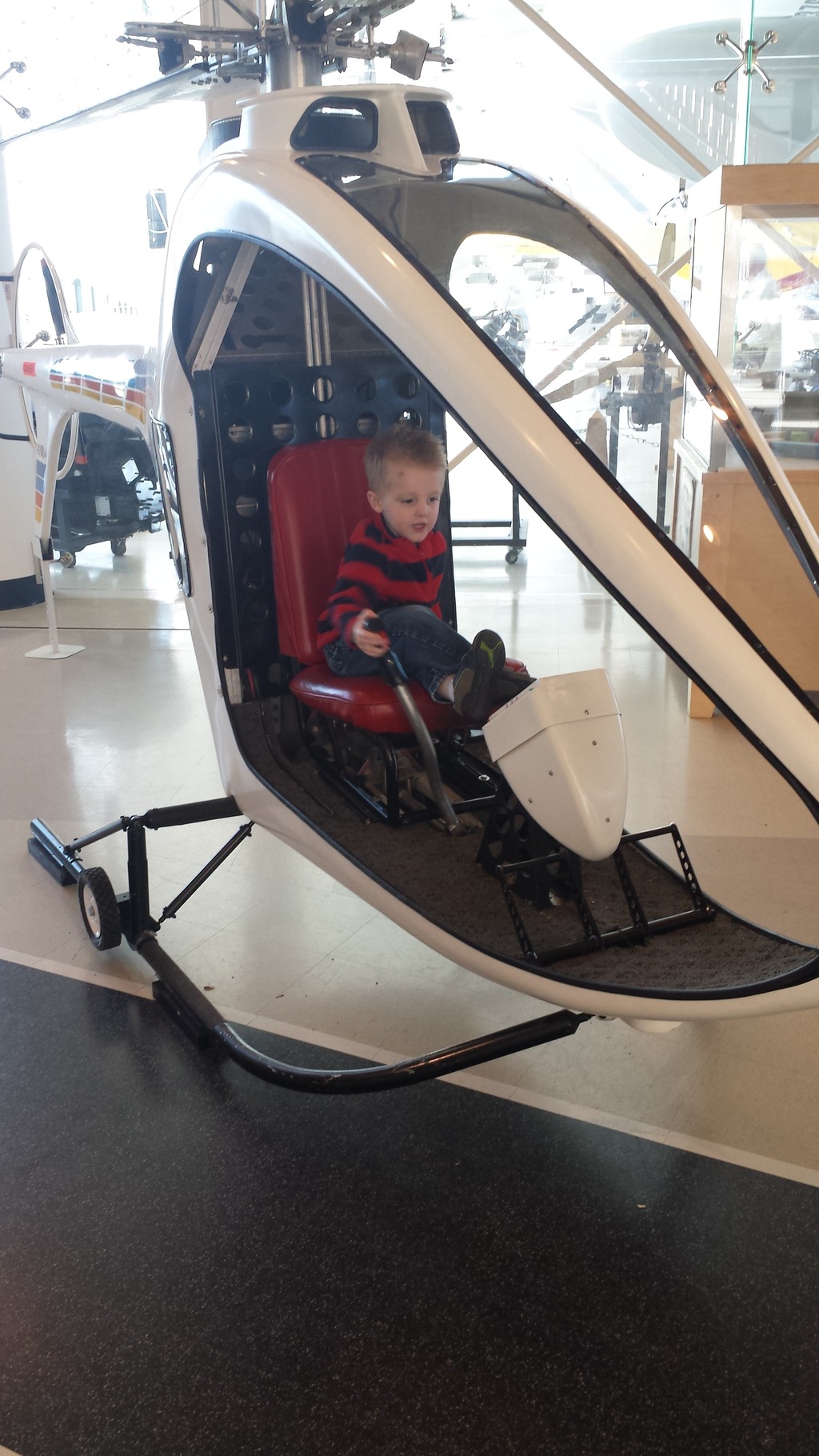 We spent over an hour looking at all the awesome airplanes, and spent a fair share of that time sitting it every airplane seat along the way. The seats were definitely the biggest hit. Then we headed to the kids area. They have a few wooden airplanes that the kids can ride on and push with their feet. They also had video games to play on. We probably spent another hour in there.

After that we headed over to the space museum, which is included in the purchase but we have never been over there. The kids are normally worn out before we make it. So we headed across the parking lot and ate lunch in the cafe. Then they got the take an airplane ride! Adalyn even went on it, and loved it! So fun. 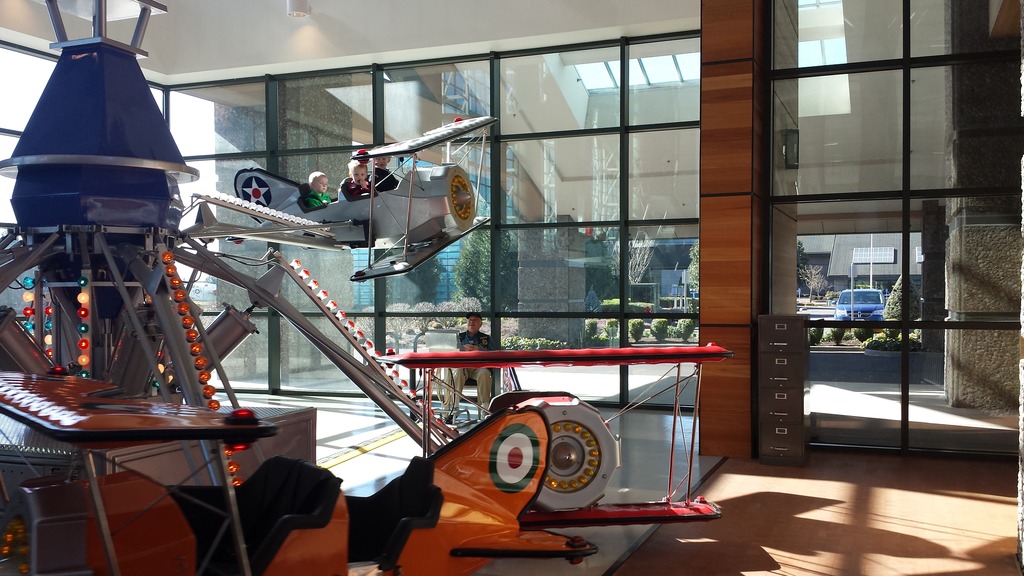 I guess I could say that we still never made it through the space museum. We ate lunch and went outside to play on the coolest park ever! 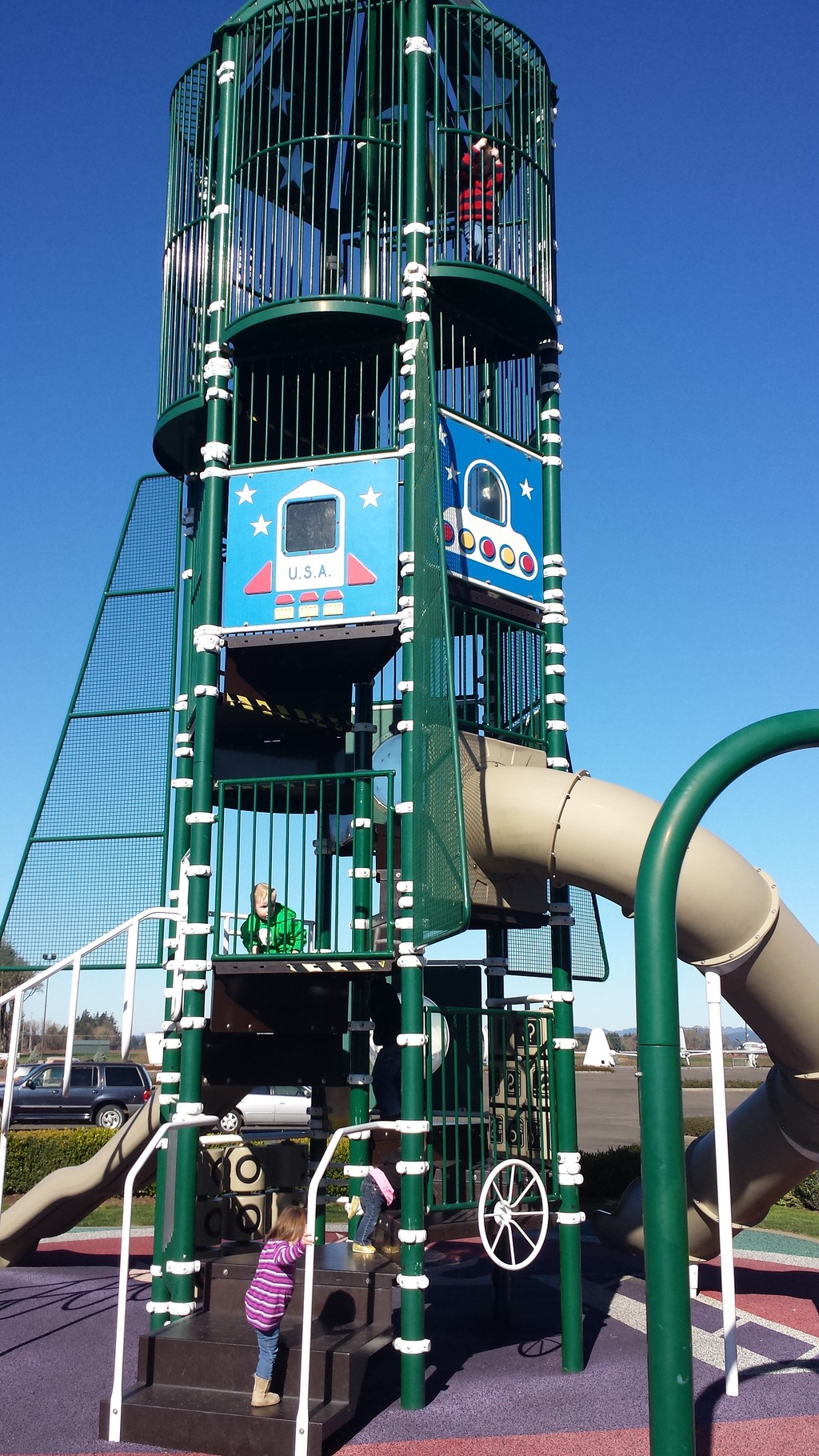 There was a rocket ship and a helicopter. 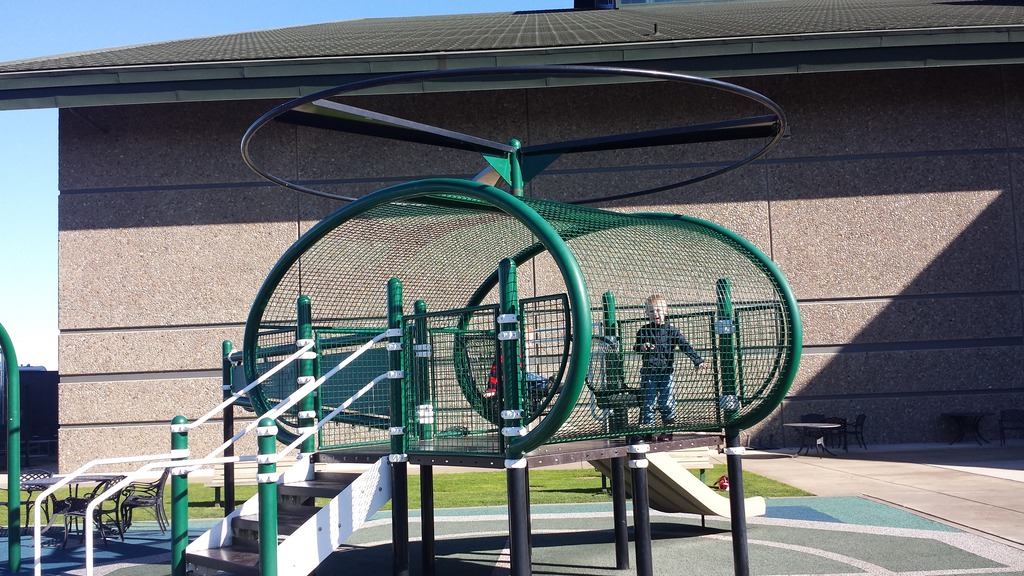 I absolutely love that Adalyn can keep up with the boys. She plays just as long and hard. She is a mover and adventurer. They make a great team of kids. Everyone had a blast! 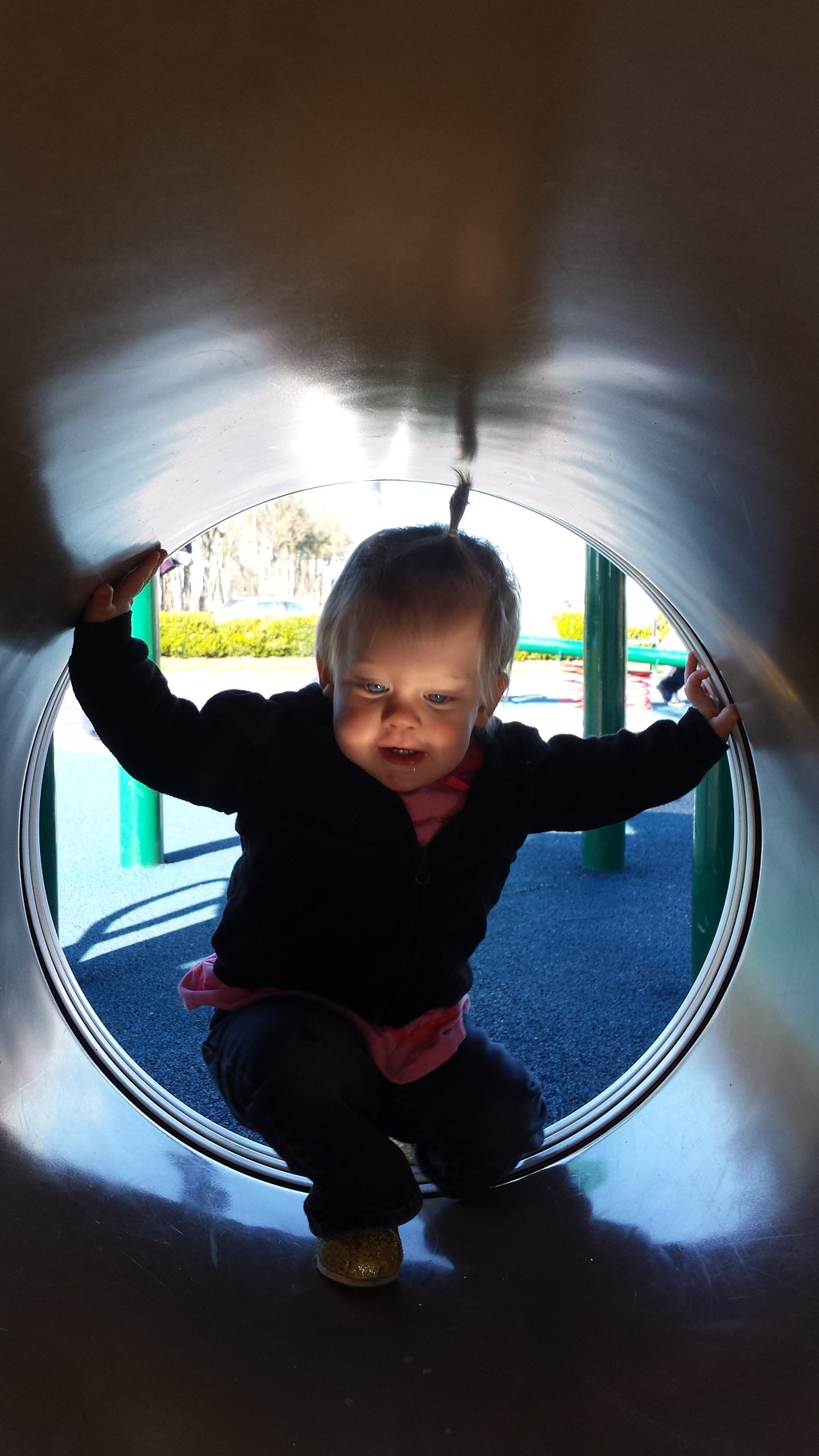 It was so great to see and play with our friends. After over 4 hours of non stop fun it was time to head home. All three kids were asleep within 2 minutes of driving. The hour drive home was lovely.
Email Post