Don't you love visiting family for the holidays? We definitely had fun, and Benton probably had the most fun while we were in Utah. He was held, played with, and entertained the whole time! I think he has been bored since we've been home and all he has is me during the day.
One new thing that he loved is when Uncle Blake would play his guitar. 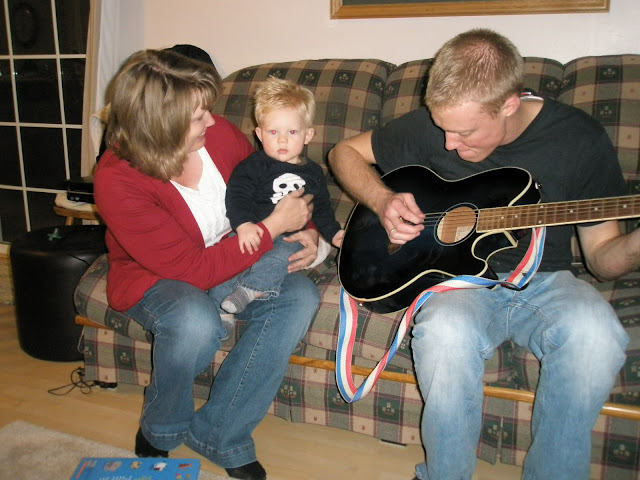 He wanted to play it so bad! 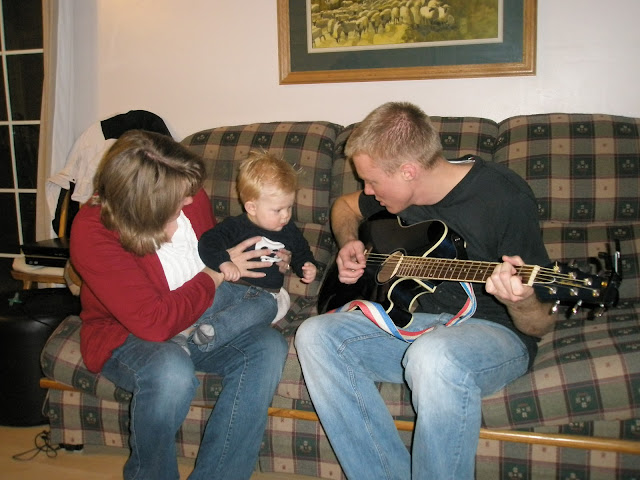 So later, Dallin let him 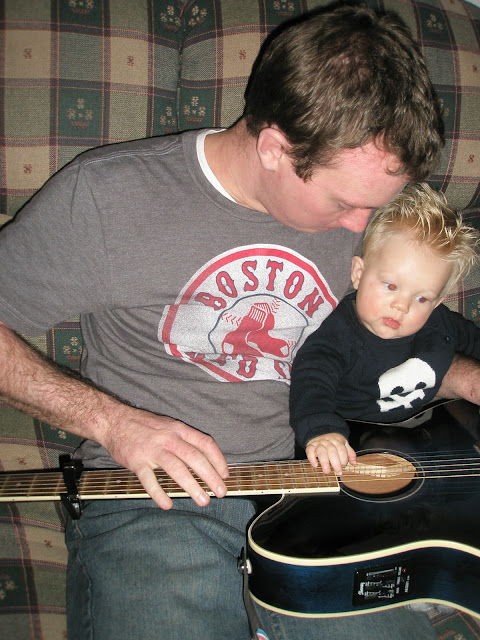 And boy did he have fun 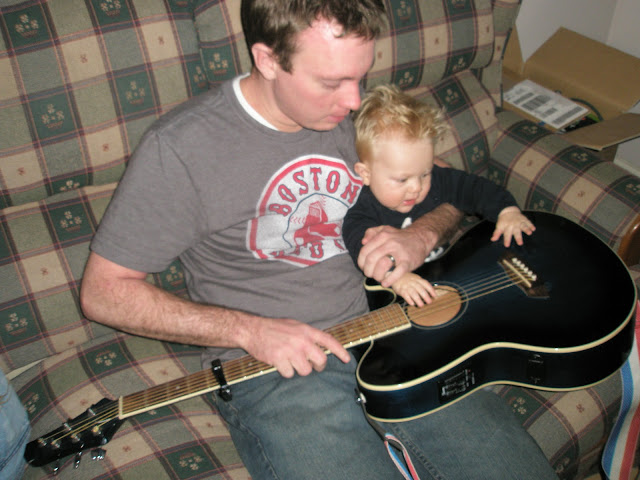 Do you think we have a future guitar player here? 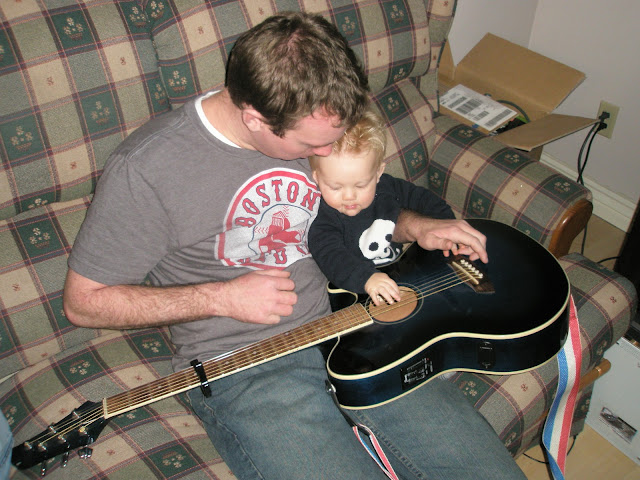 Just before Jenny took pictures of him I snapped a couple, they aren't as good as her's, but they'll do 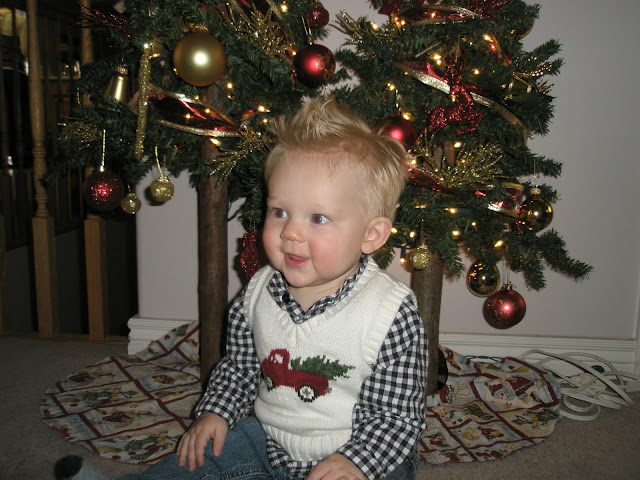 He sure is a cute kid 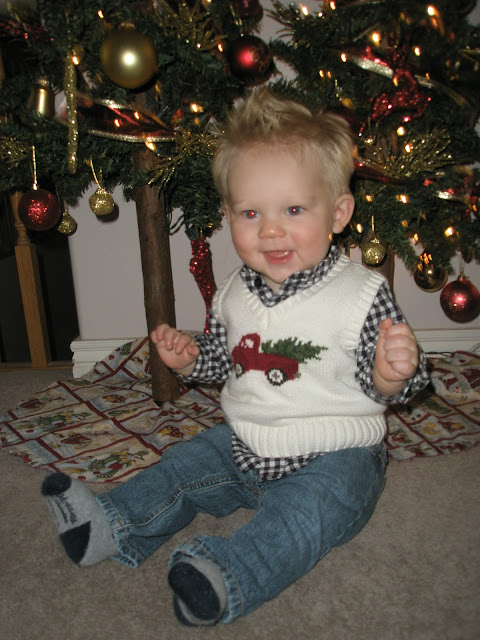 We tried to get pictures with Kadence and each grandparent... well it was worth a try 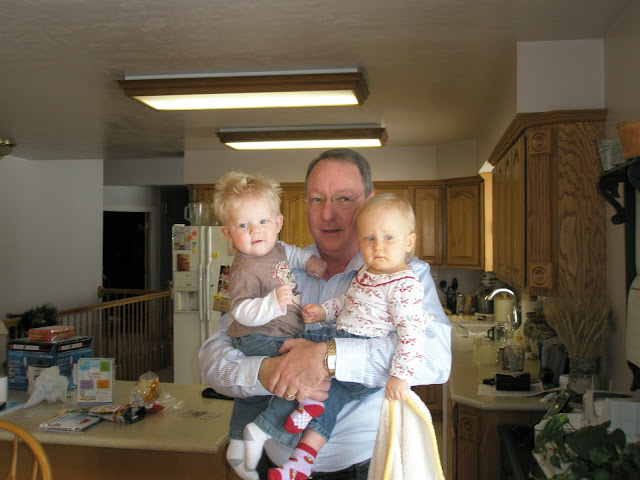 It is sure hard to get two babies to look in one direction and smile at the same time! 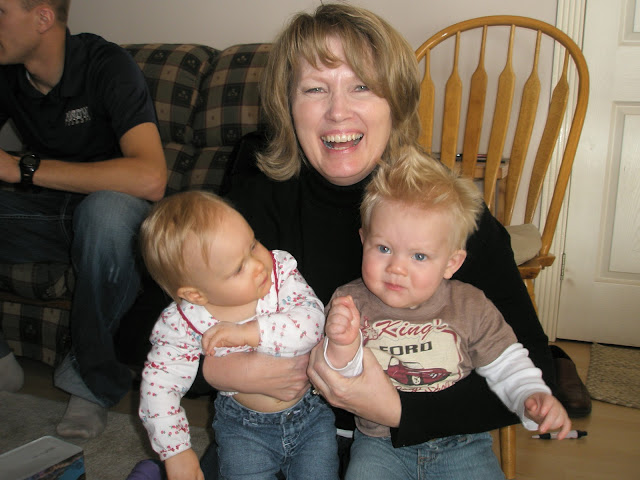 Benton loved Kadence, but I think Kadence was a little afraid of him. He moved too much. He always wanted to touch her face so she would crawl away from him and he would chase her! She definitely helped him learn how to crawl faster!
We had a great time in Utah and we all already miss everyone. Thanks for such a great time!
Email Post