We wanted to have Benton's birthday be a fun and special day for him.
He started off the day by sleeping in until 8 (thanks Benton!) and then having his favorite breakfast, cheerios, yogurt and fruit.
Then we let him open a few gifts 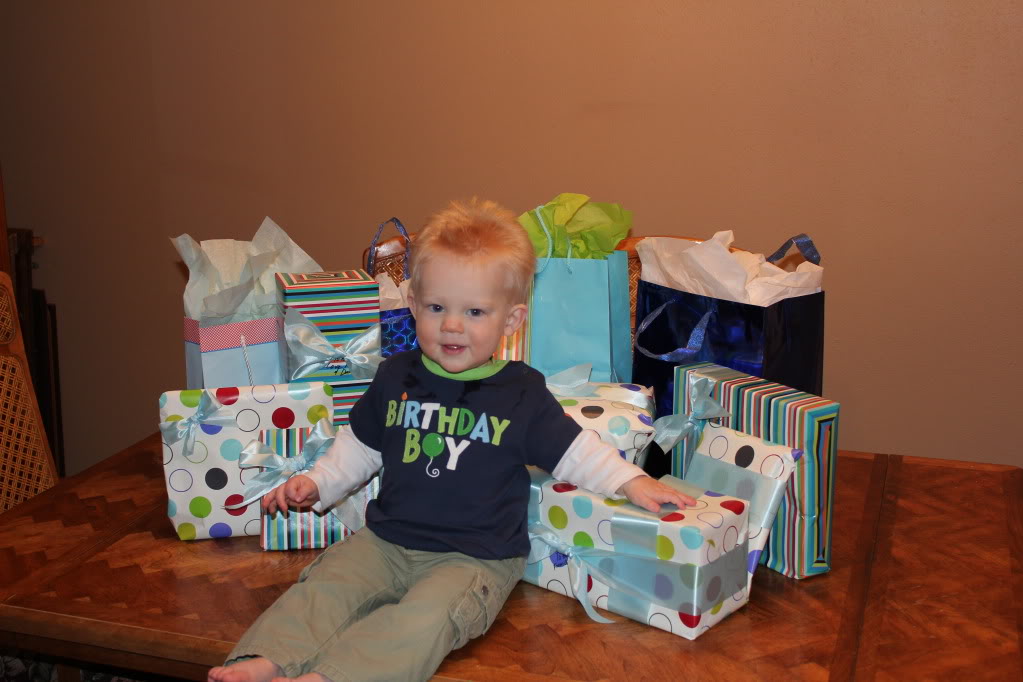 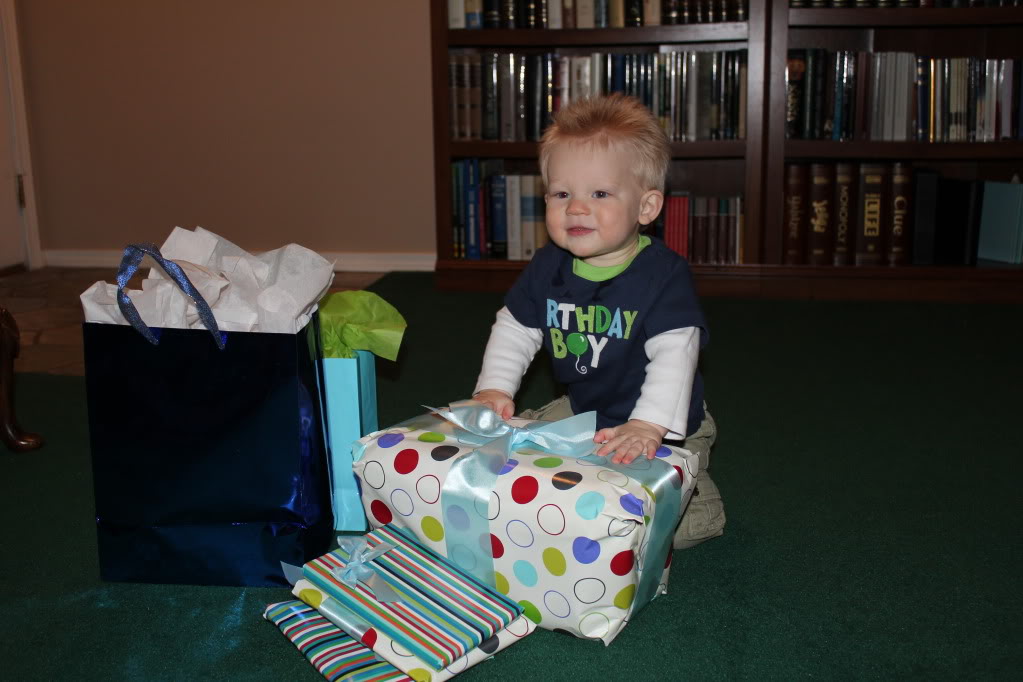 He couldn't decide which one to start with 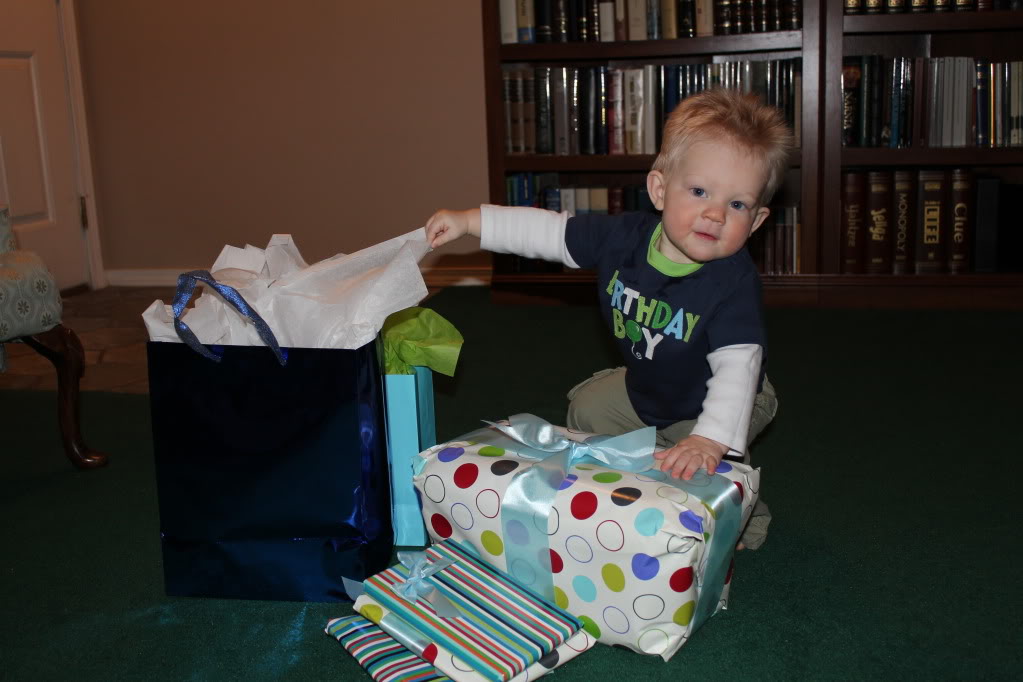 He ended up picking the legos and was NOT interested in opening anything else. He loved the legos. There were so many pieces to take out of the box and put back in.
{Memo to self- don't have Benton open the funnest present first if you want him to keep opening gifts}

We then opened for him helped him open one more gift, a life jacket so we could go swimming after his nap.
At first we wasn't too sure about the water, even though it was a nice warm pool. It took 10 minutes of being in the water to get a smile out of him. I think he liked it, especially when he found a ball in the pool. We stayed about 30 minutes, which was perfect for him. I have a feeling he will like it more the more we go. Anyone want to go swimming with us?
Then we met up with Dallin for lunch. He loves it when we see daddy in the middle of the day. After his afternoon nap we let him open some more gifts since he only opened two in the morning. 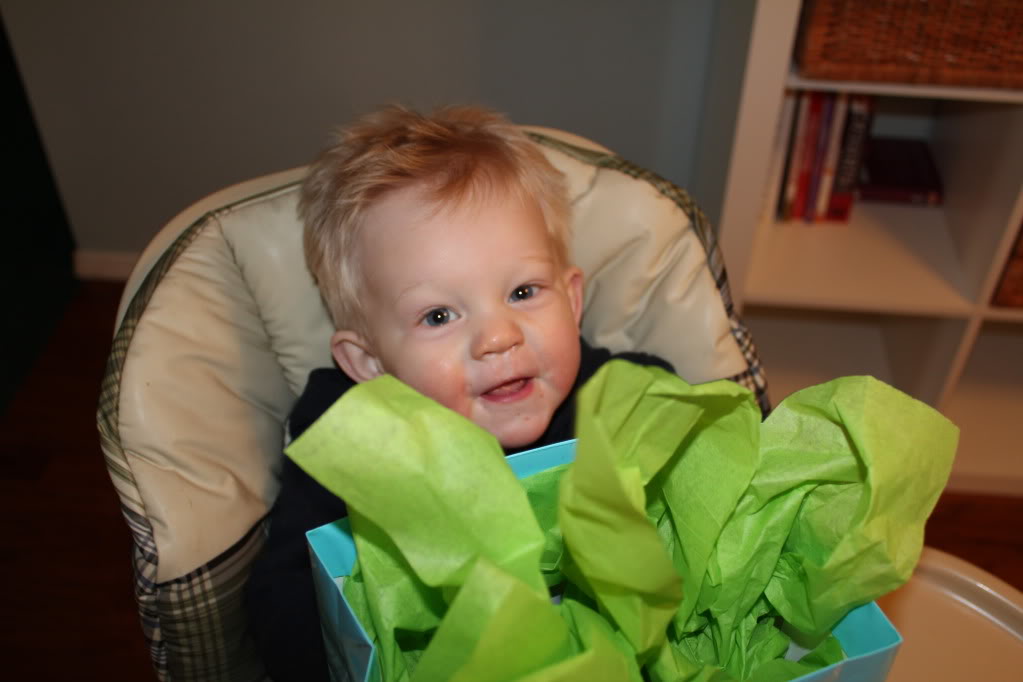 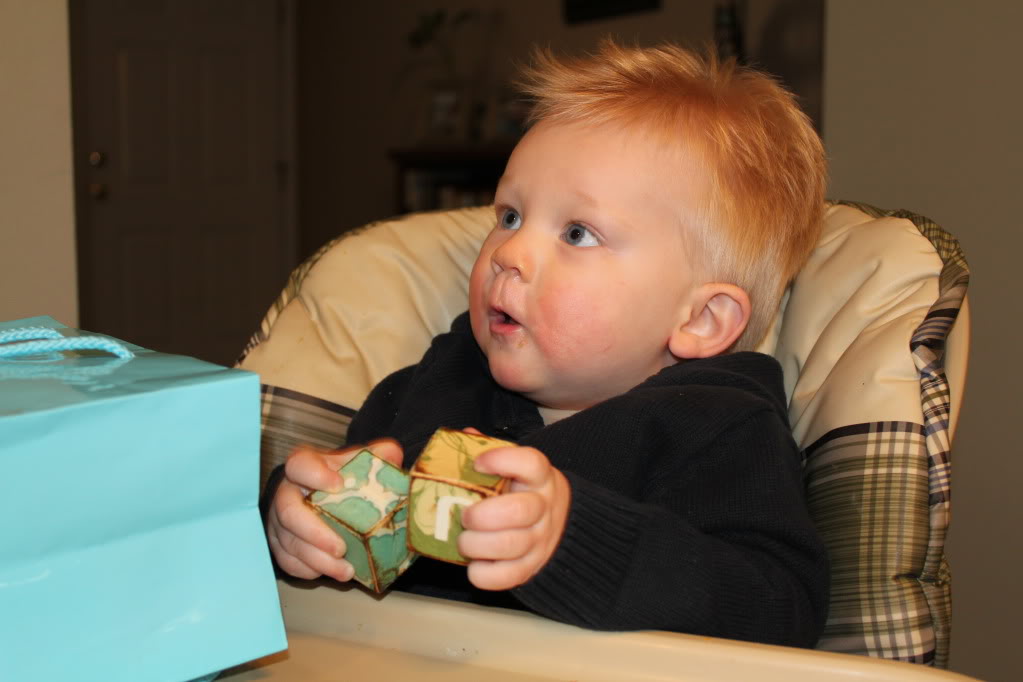 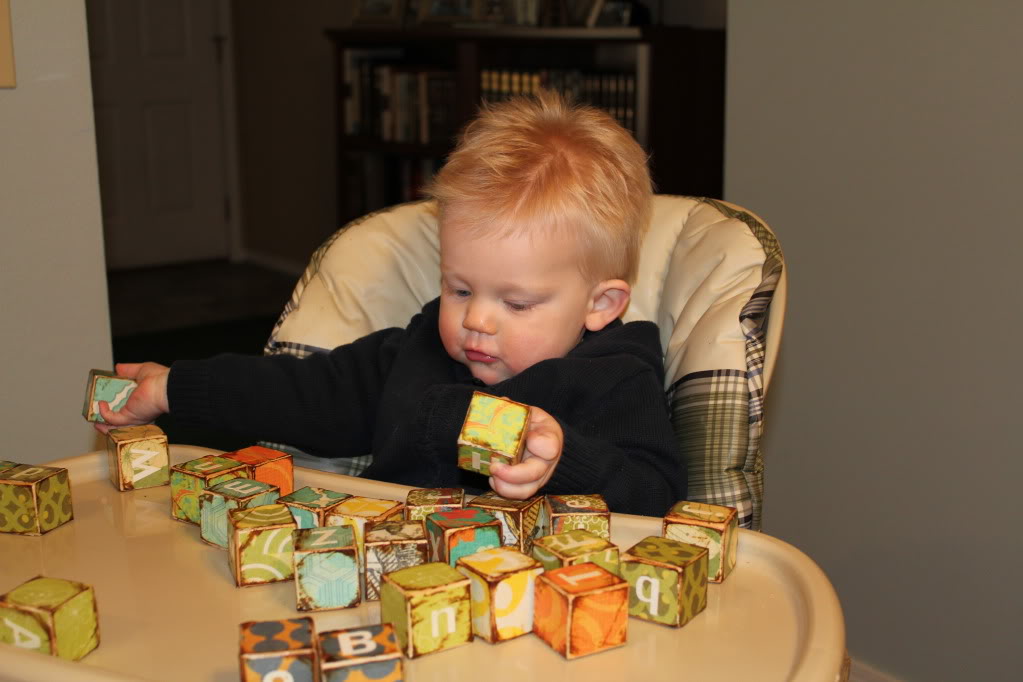 He likes to bang them together, yep he is a boy.
Happy 1st birthday bud!
Email Post