At the end of every year Dallin end up with lots of vacation time and while we love using it at Christmas we also wish we would have used a few more days in summer. So this year we finally did it. We decided to take a few days and go down to Crater Lake. We've never been there and have been talking about going for a while. I've heard it can be hard to get a campsite there since they fill in so fast online, but we knew they had some first come first serve sites. We thought it would be best to head down on Wednesday in hopes to beat the weekend crowd. Well it turned out to be a good idea since we were only able to get Wednesday and Thursday night there. We wanted to stay Friday but they were overbooked by 12! It ended up being better that way though, the kids were done after two nights outside (or I was done with the kids after two nights outside, one of the two).

Here are a few pictures from our trip. For two adults and two very little children we had quite the set up! I am still amazed we got ALL of THAT to fit in our car. 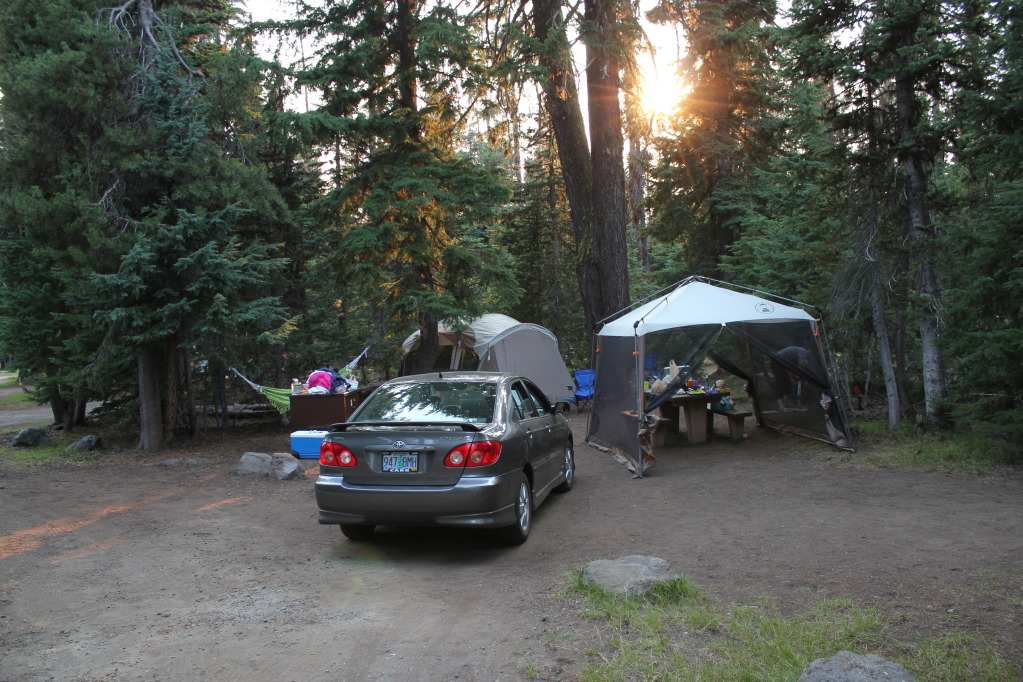 Our site was close to the water, so Benton loved getting a drink from it... often. 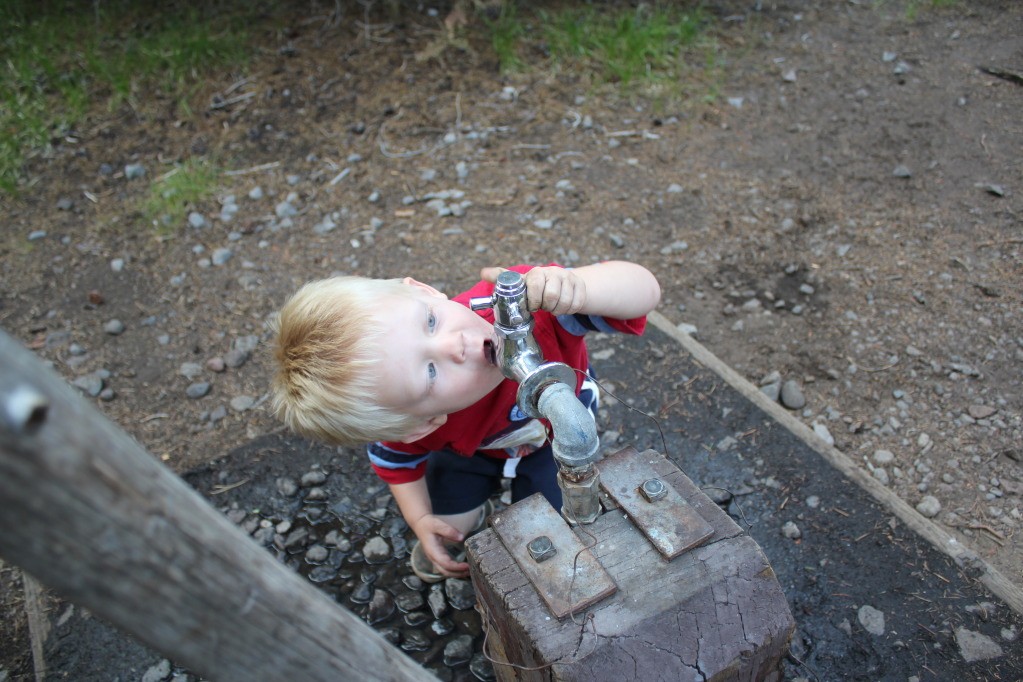 This picture epitomizes Benton all weekend, surrounded by a self made cloud of dirt. He was in heaven. 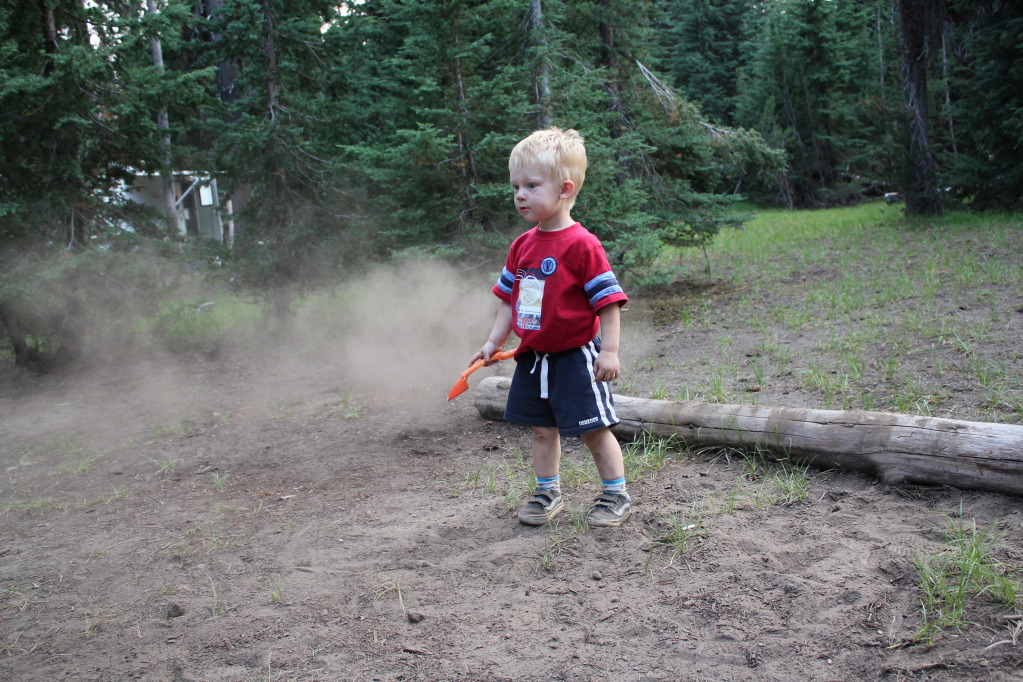 We always bring a hammock camping and this time it really came in handy for nap times! Emmett slept in the hammock a couple of times a day. Doesn't he look so sweet? 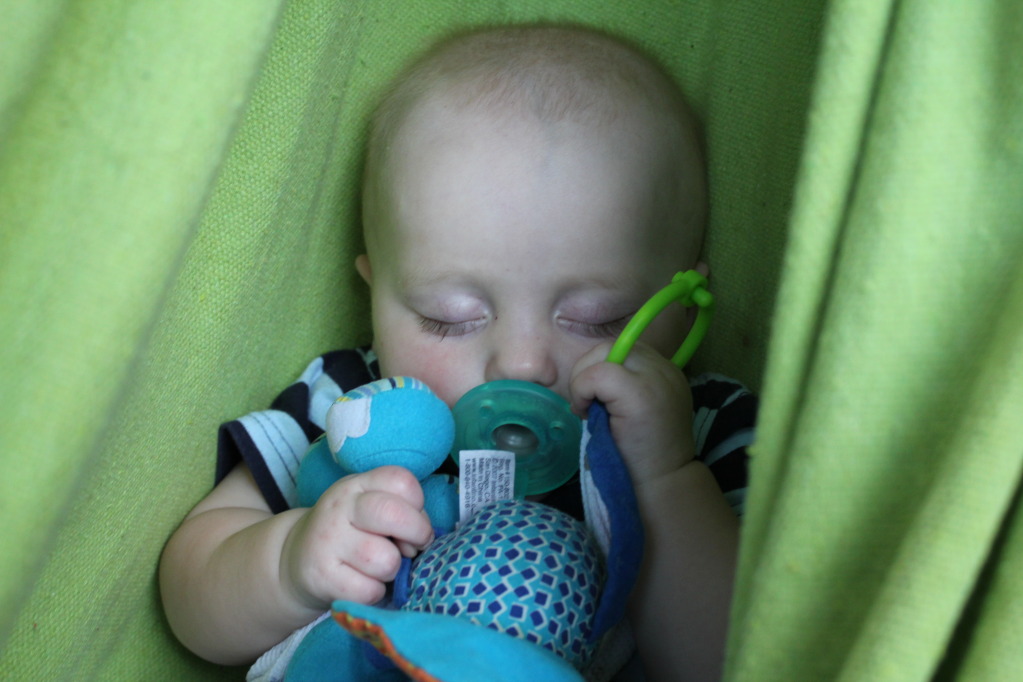 We went on a little 2 mile hike along the rim of Crater Lake and saw some spectacular views. It sure is lovely there. We never did get enough of the lake. 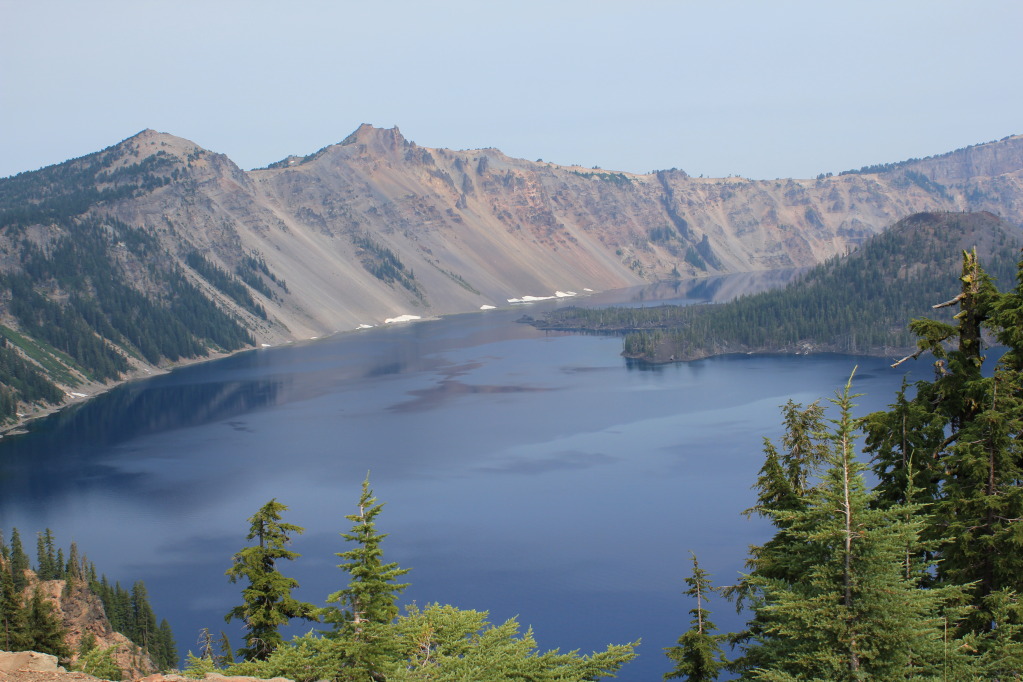 Benton was a trooper, he walked almost the whole way! 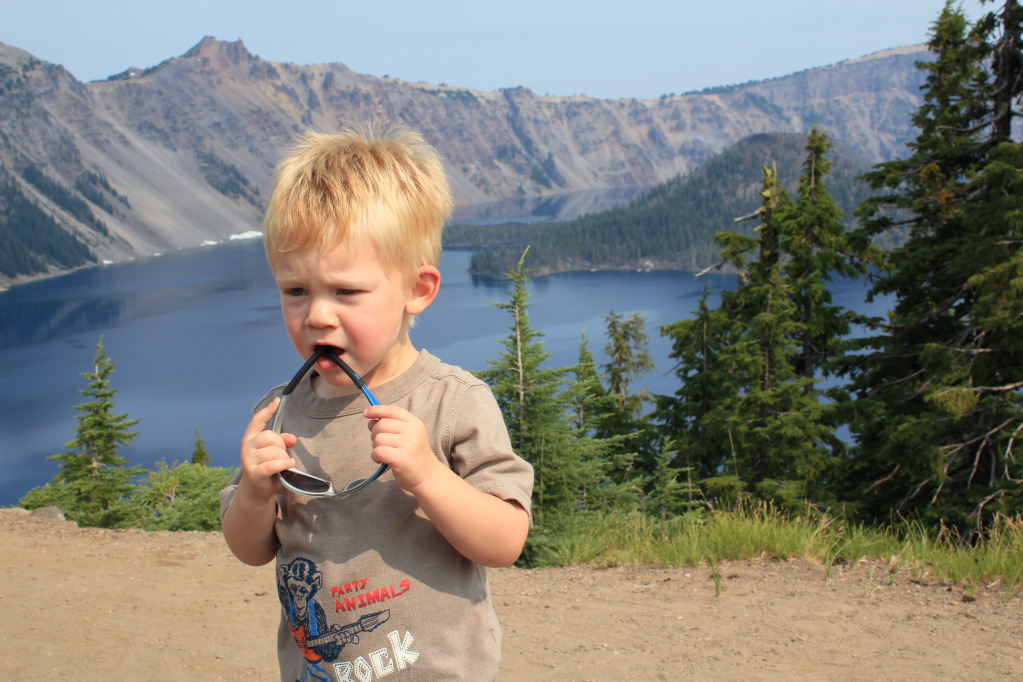 Emmett just hung out in the carrier and napped whenever he wanted. Boy wouldn't that be nice! 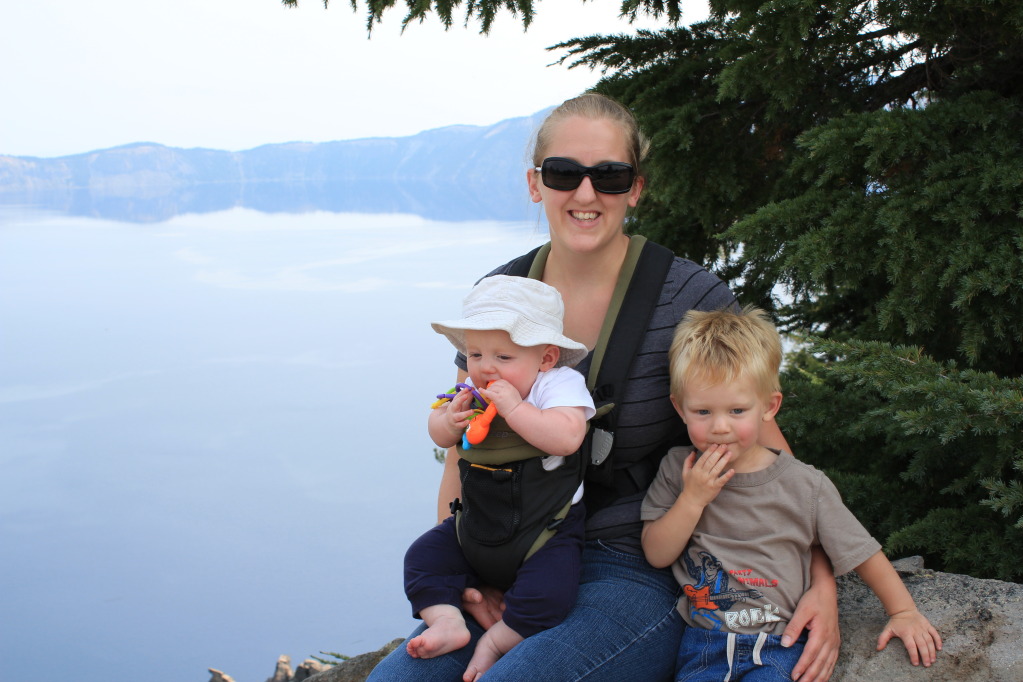 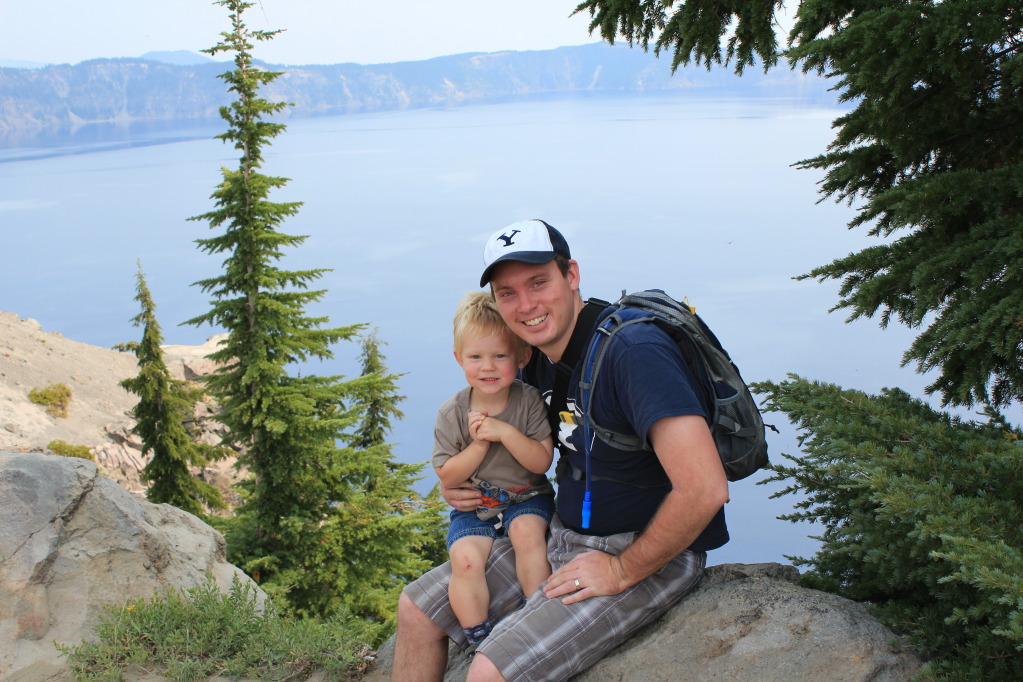 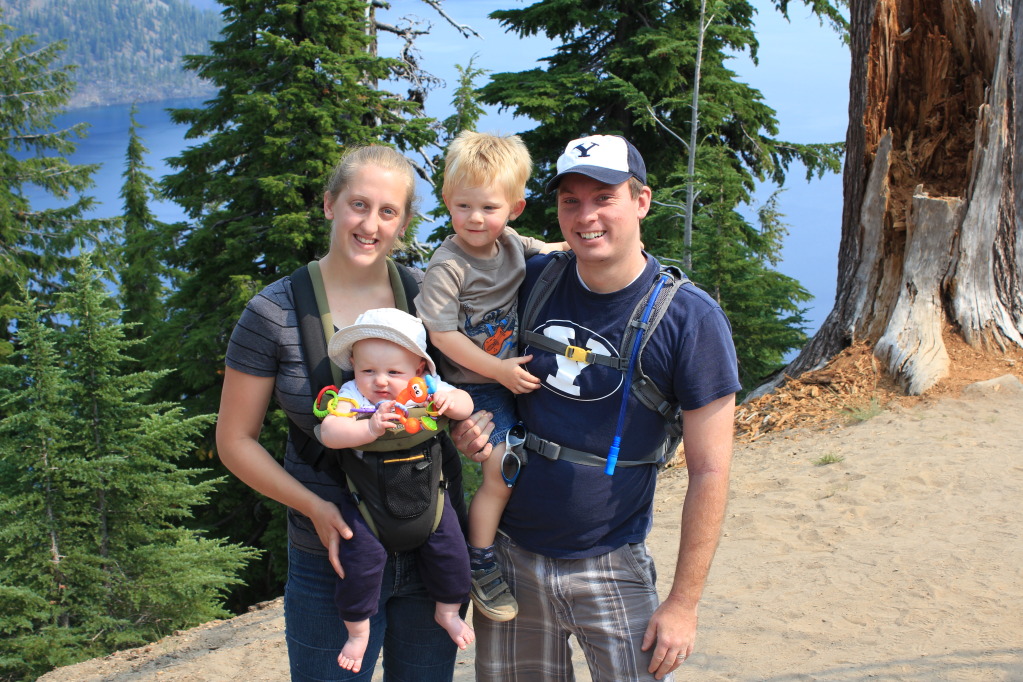 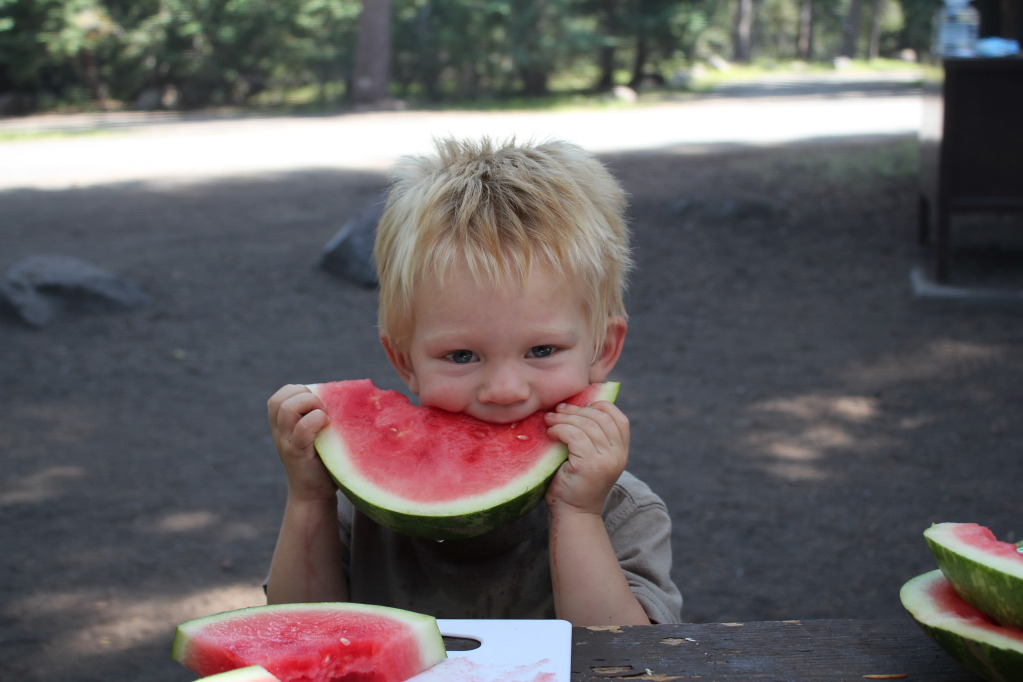 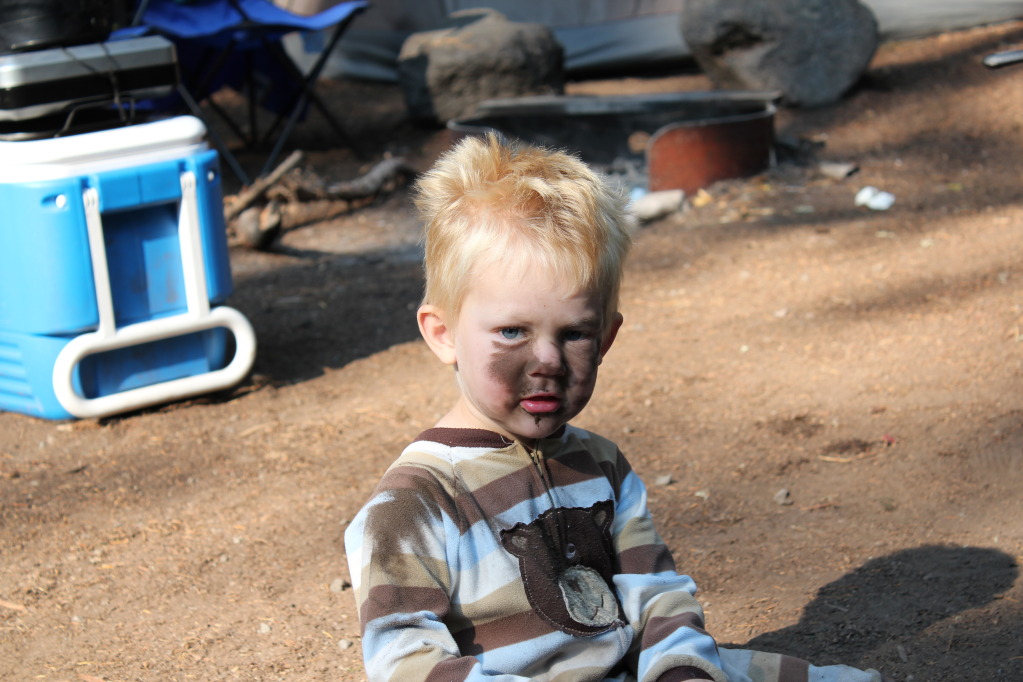 Just before heading home we stopped to check out this waterfall and also do a small hike to another waterfall. They were both beautiful! 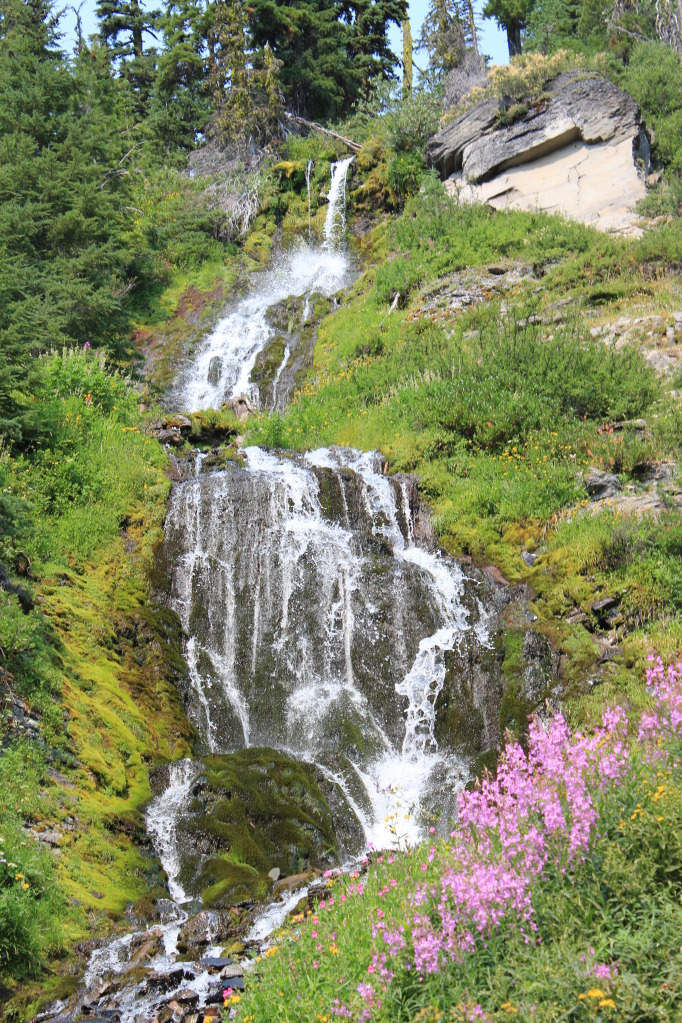 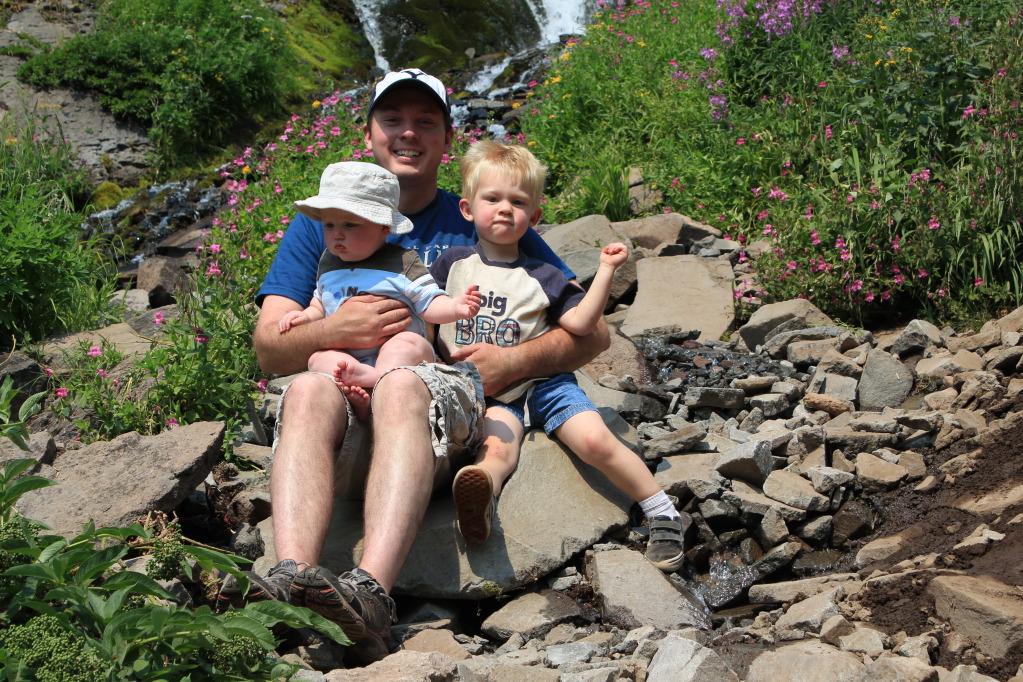 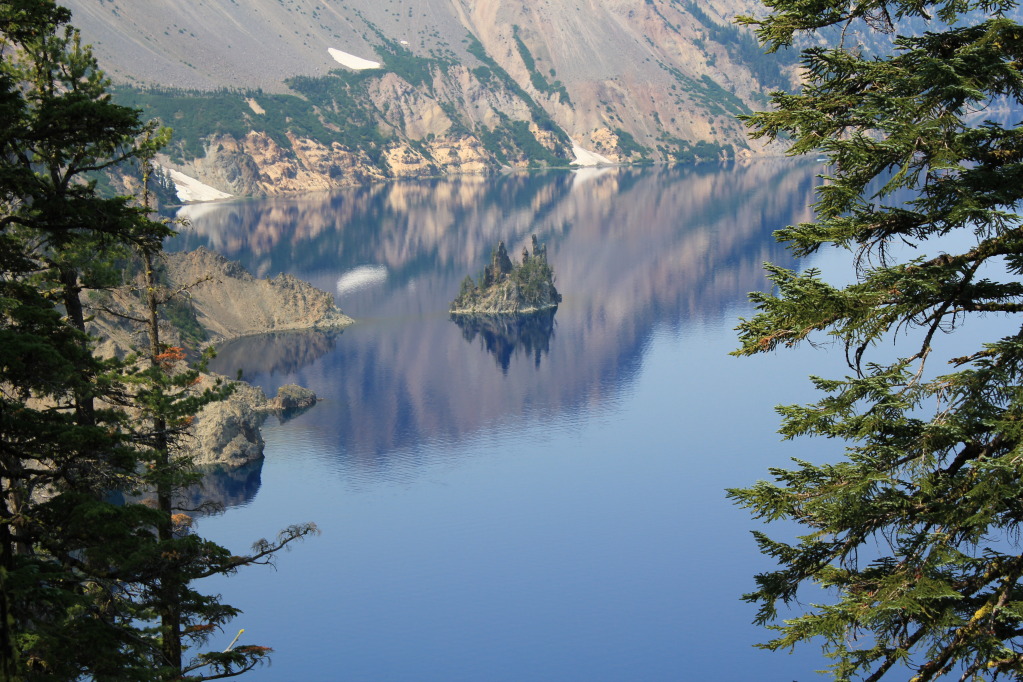 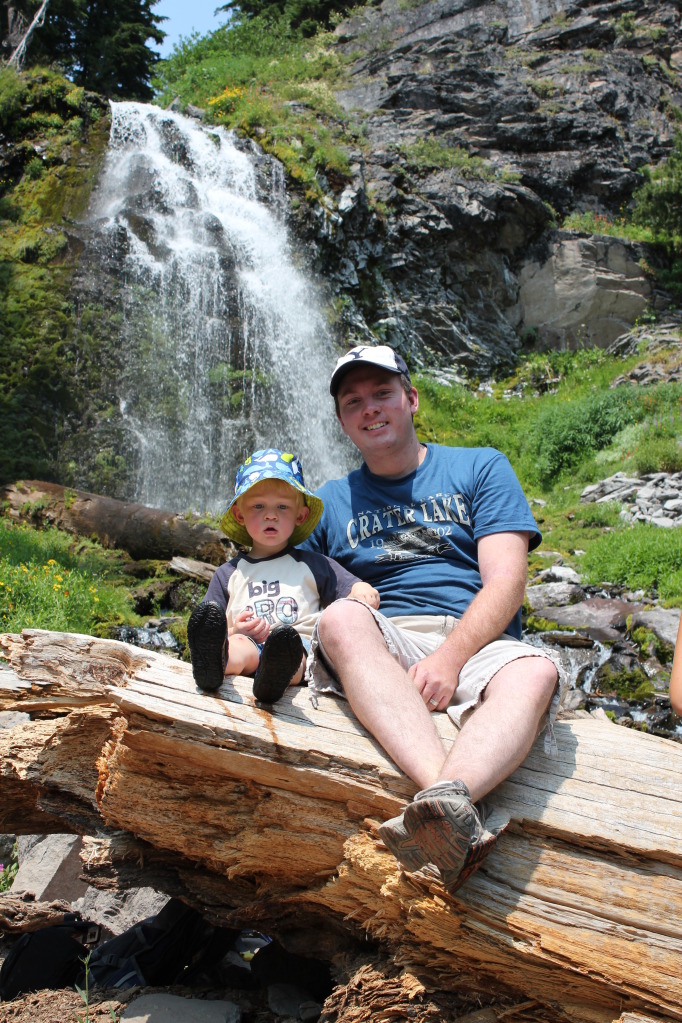 It was definitely time for us to take a trip and we sure loved it!