The Summer Olympic Games in London have been so much fun to watch! Dallin and I watch in the evenings after the kids have gone to bed but try to sneak in what I can during the day. Benton will watch a little bit here and there. His favorite by far is the diving. Every time they dove into the water Benton would clap wildly and cheer for the splash. I think he could have watched and cheered for an hour or two. Since we have had so much fun watching, I thought it would be fun if we also participated. So we will be having our own Olympic Games. I jotted down a list of all the summer games, and it is quite long! We are going to do as many as we can with as many family members as we can, but since Dallin works all day most of them will probably be Benton and I. So here are a couple of the ones we have already done. 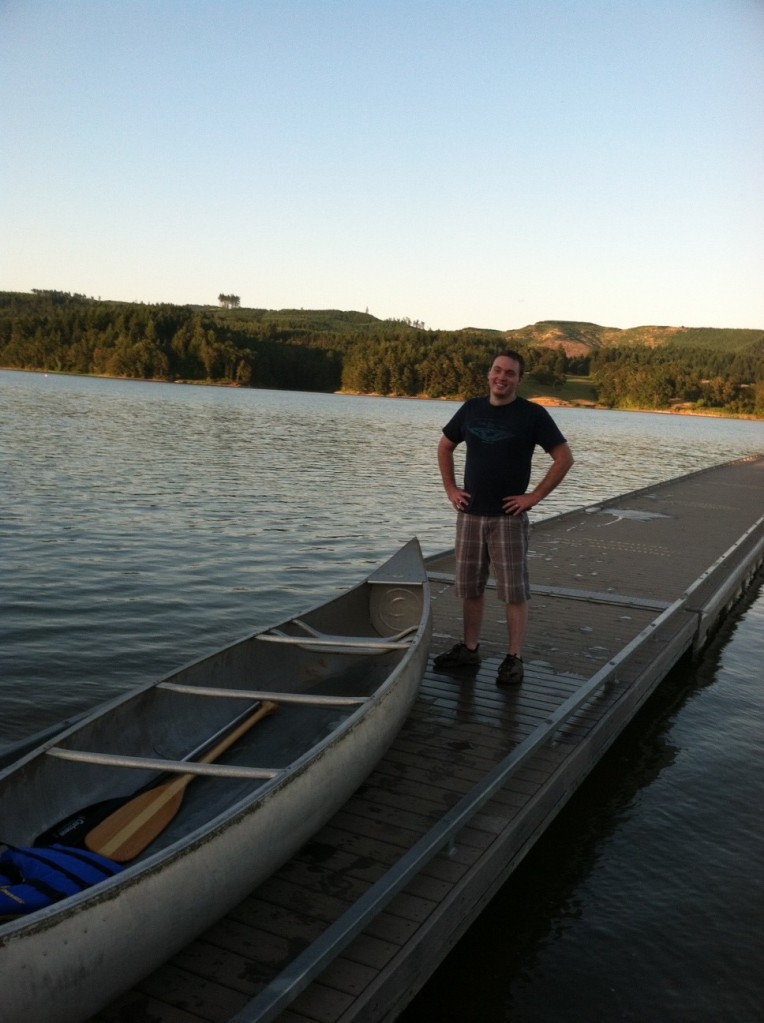 Basketball. Benton did pretty well! I would say he won the Gold Medal. 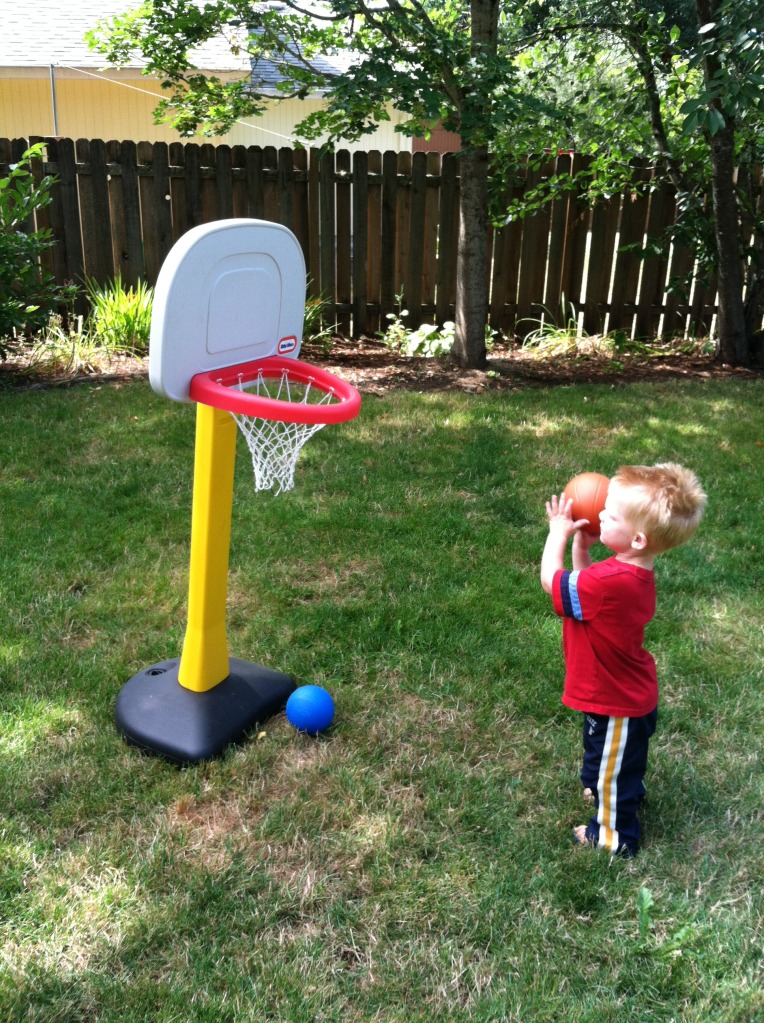 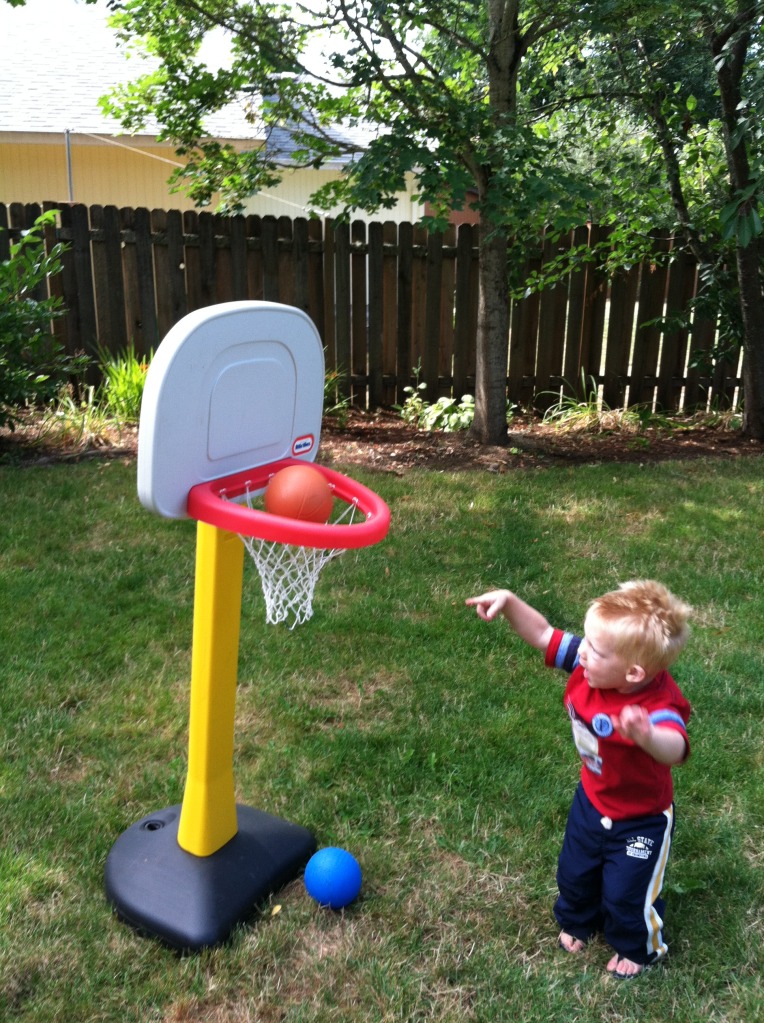 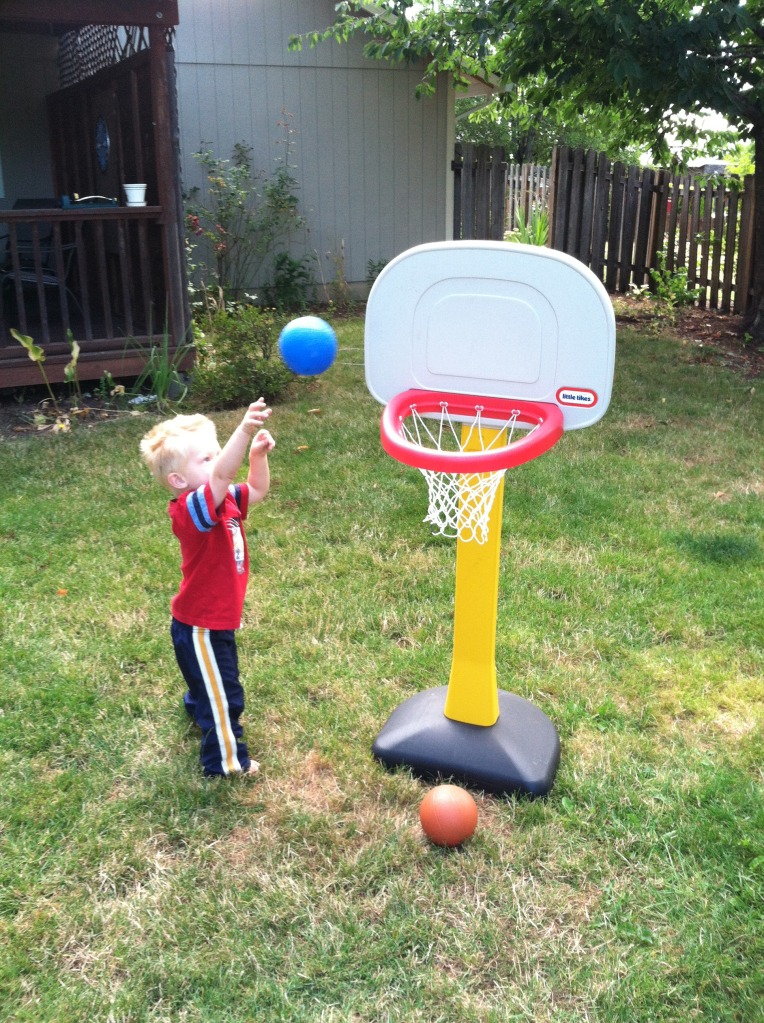 There will be many more games to come!