I did it. I cut it. Dallin and I were talking about it last night and when I woke up I decided there was no point in waiting anymore. Here is it, the poor little thing. 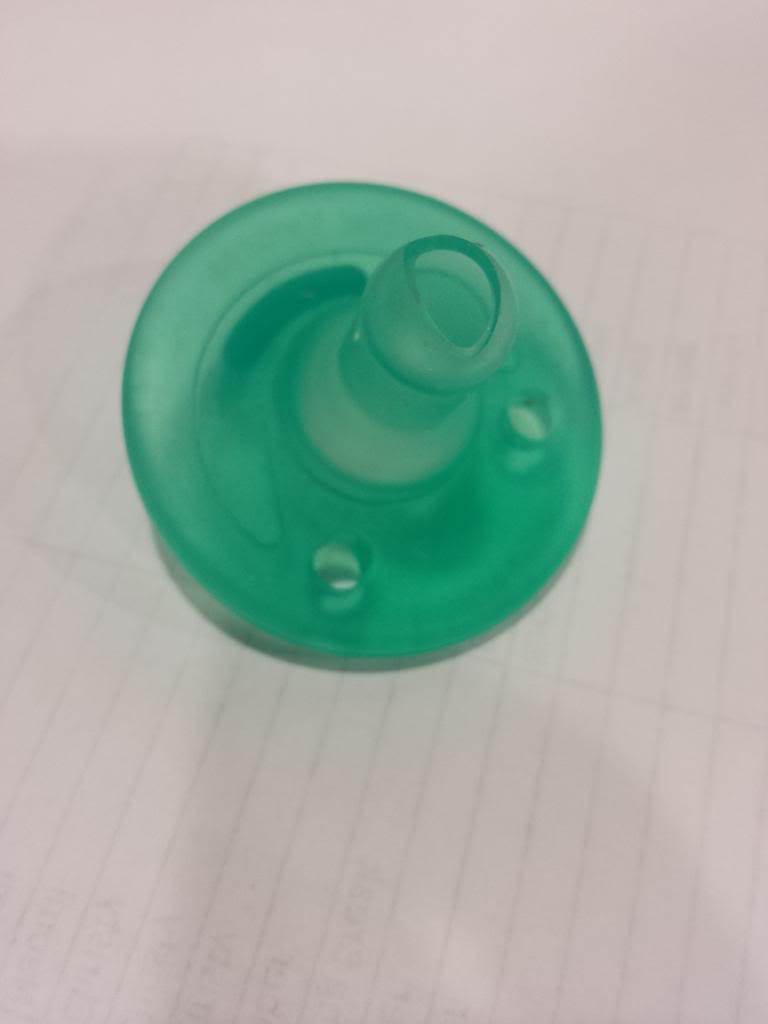 Emmett loves his binkie. He doesn't have it all day, but he would be happy to have it anytime. We mainly use it when he sleeps. It is wonderful. This little boy goes down so easy with his binkie and blanket. Also, when he wakes up he just lays in his bed for who knows how long happy as can be. Sometimes he gets upset if I go in too early, he likes his alone time. But he is getting bigger and soon will move to a big boy bed so it was about time. Also I don't like the idea of two kids using binkies at the same time. Since we'll be having another baby in January we might as well give him ample time to get over it right?

He didn't notice until nap time what happened. At first he laughed when he saw it and that it didn't work. But then it set in. He was very, very sad. It broke my heart. He just looked at it with sad eyes and quivering lips. Then he played with it poking his finger through it. He cried off and on for about 20 minutes before falling asleep but then he slept great. Dallin put him to sleep tonight and said he cried for a few minutes but then was fine. Could that be it? Really? Here's to hoping he handles it well. Good job Emmett.
Email Post