Yesterday I laid Adalyn down to take a picture or two of her when Emmett walked in the room. This is a photo story of what happened next.

I snapped a photo of Adalyn and then I heard Emmett saying, "Me, me, me." 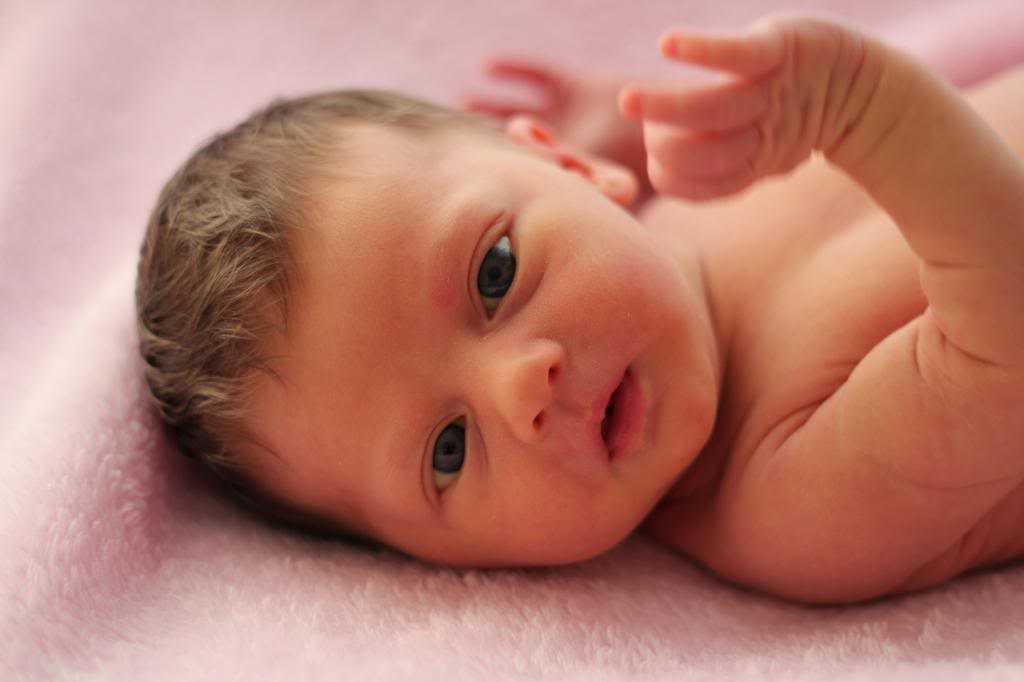 Emmett wanted me to take his picture and when I did he was very happy about it.

I finished getting Adalyn dressed and took another of her. I heard complaining again and peeked over at Emmett. 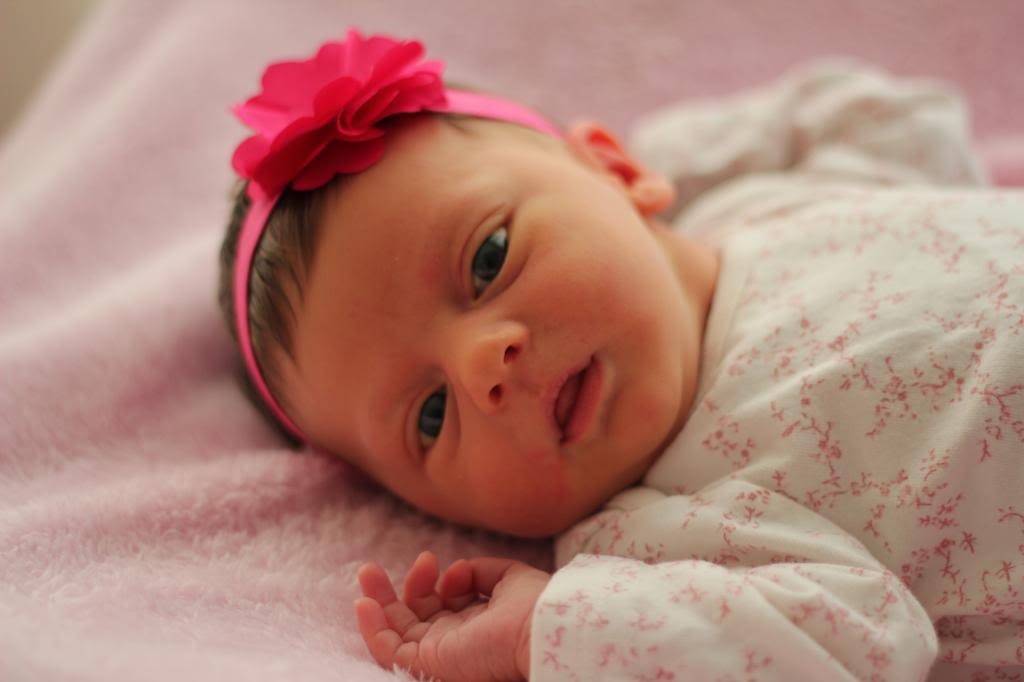 This is what I saw. He was not happy that I took another one of Adalyn. He just wanted me to take pictures of him. 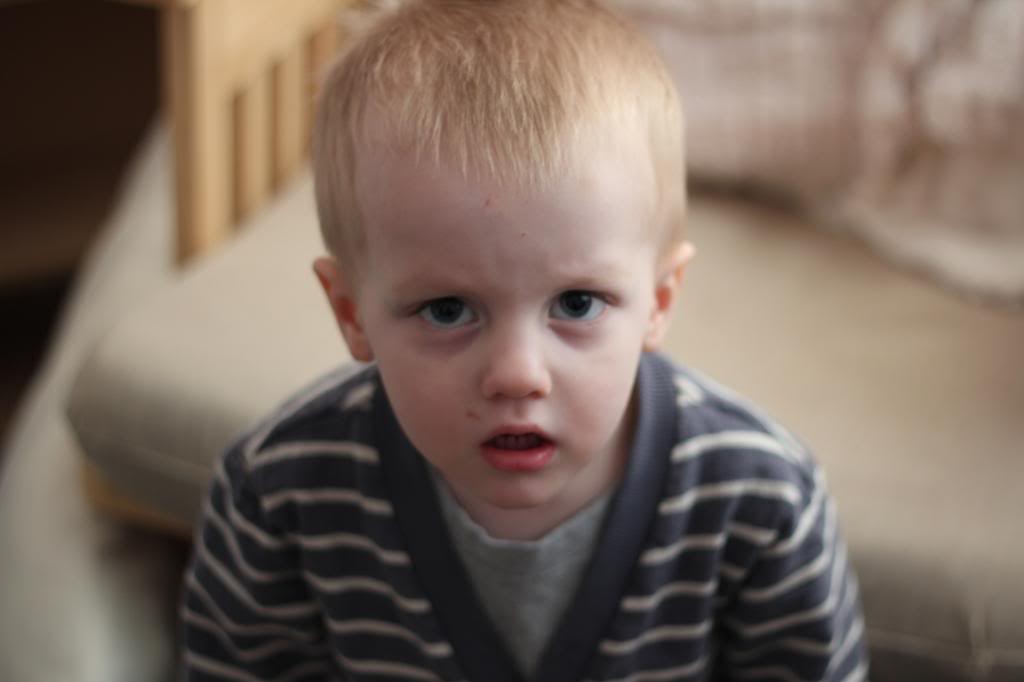 Two seconds later Benton runs in, stands right in from of Emmett, and says "Take my picture! Only my picture!" 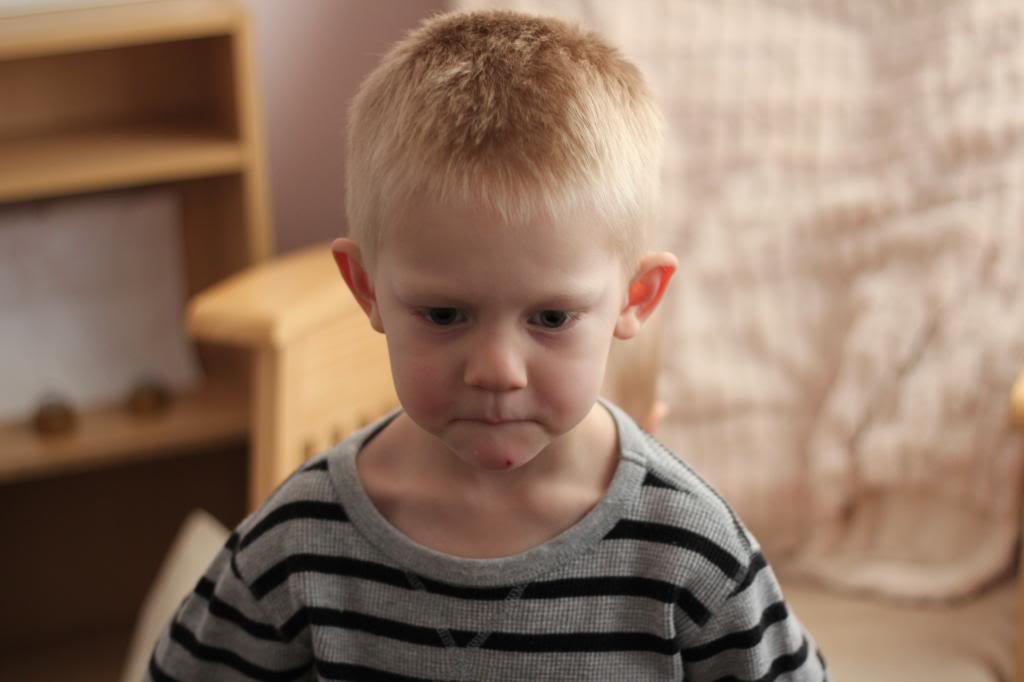 I could see where this was heading and suggested to them that we instead take pictures of the both of them with Adalyn. They happily agreed. 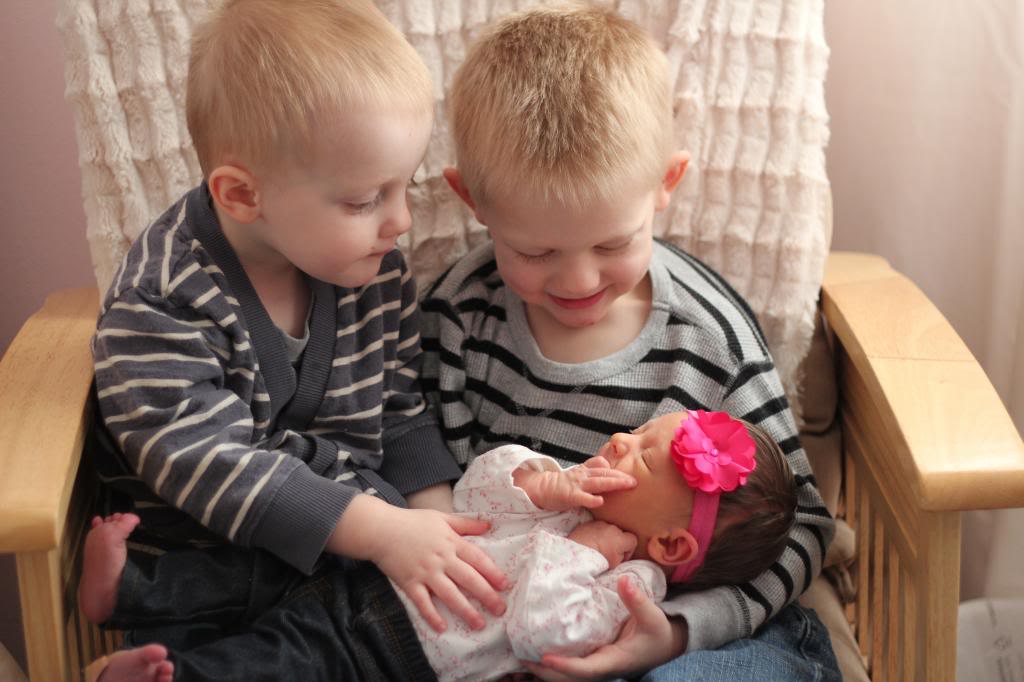 It is so sweet to see them with her. They just love her. They are soft and gentle and get very lovey around her. 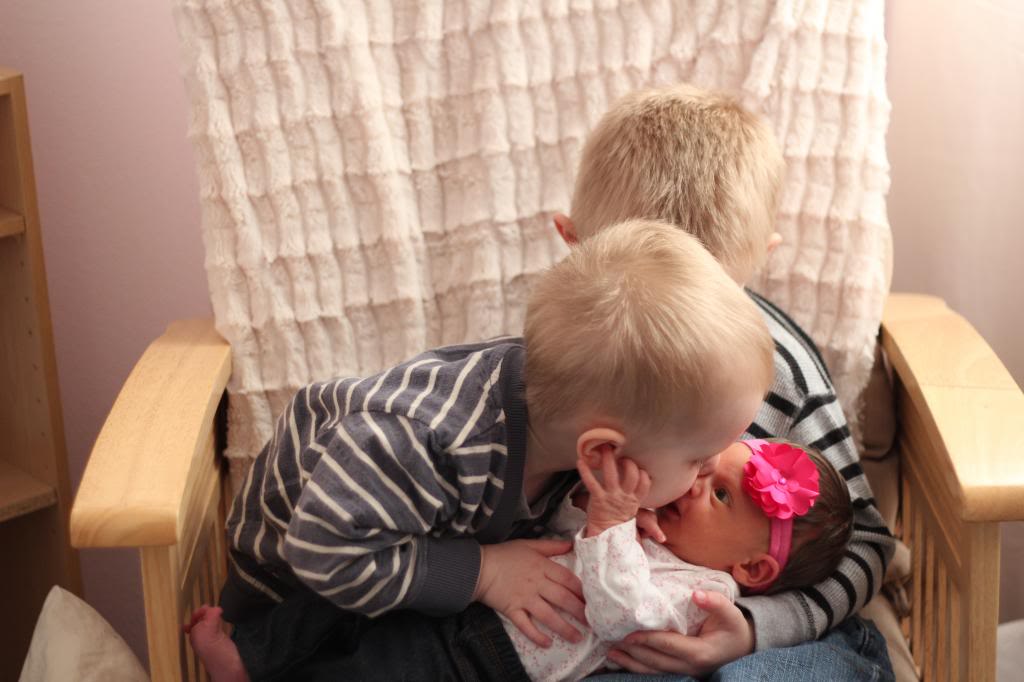 I love Adalyn's face when Emmett is giving her a kiss! 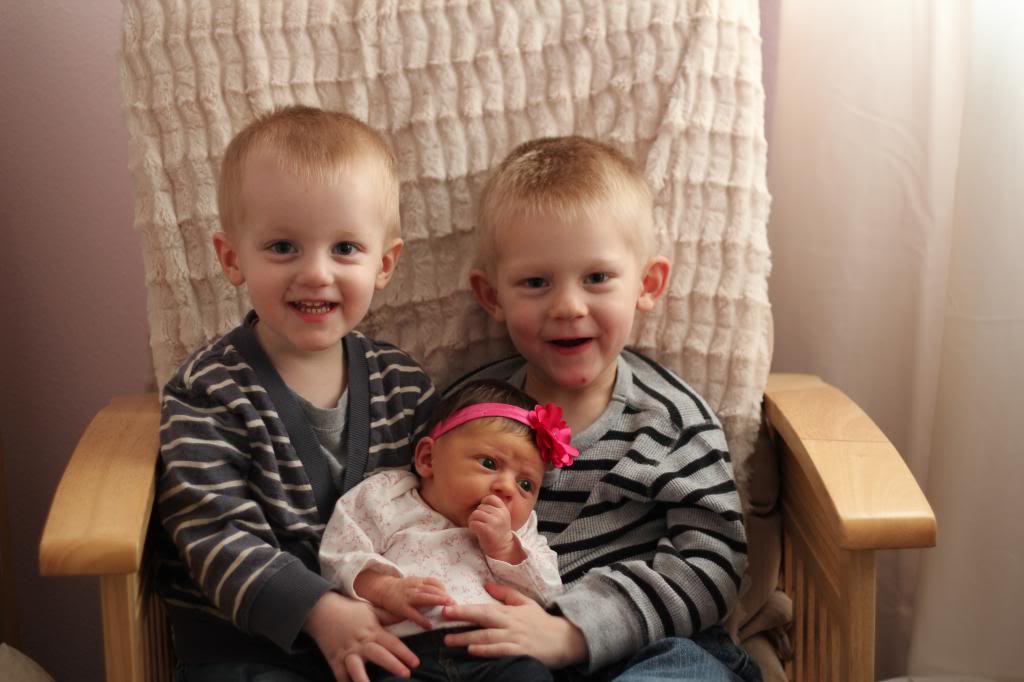