Emmett is One, No Wait He's Two!

It is hard to believe but Emmett is two years old! I don't remember ever teaching Emmett how old he is, I never taught him to hold up one finger and say he is one. A few days before his birthday I started to ask him how old he is and then tell him he's two in hopes that by the big day he would be able to hold up two fingers and say he's two. Well that backfired! This little smarty instantly denied that he was two, which technically was true, and insisted that he was one holding up one finger high in the air. We've gone over it many times but he still says he's one. 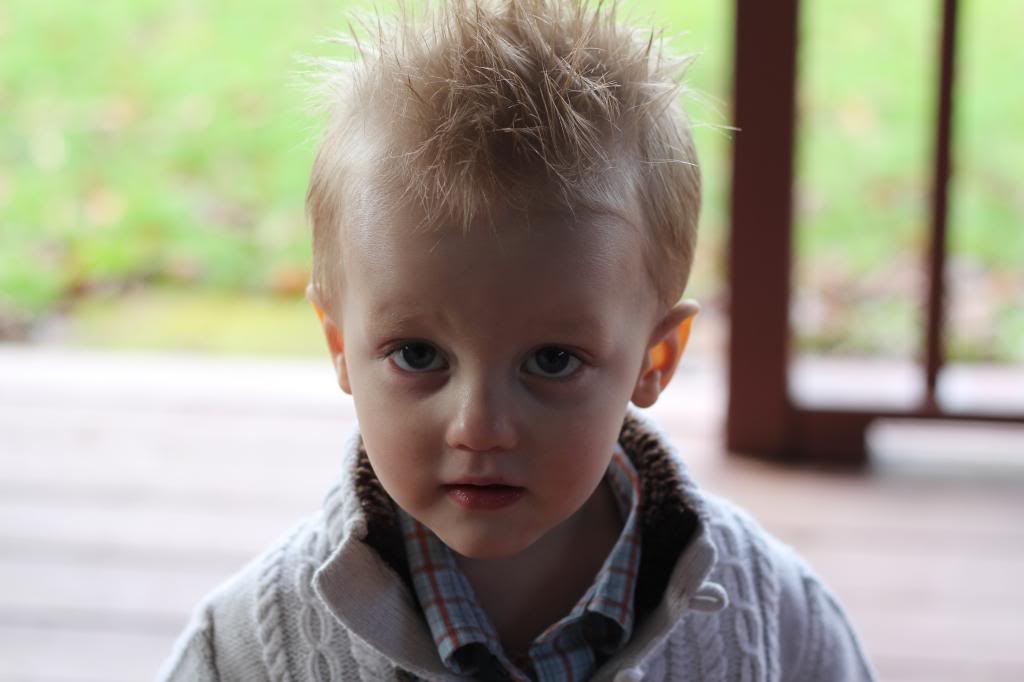 I am amazed by how much Emmett has grown up in the past few weeks. I don't know if I've mentioned it before but when Adalyn was born it was almost as if he realized he wasn't the baby anymore and he decided to grow up. It seemed as if it was overnight that he didn't need to be held as much anymore and he started playing with and spending more time with Benton. When we first arrive at someplace other than our home he is a little insecure and wants to be held, but after a little while he is just fine. I'm so glad, because holding him and Adalyn gets tough! 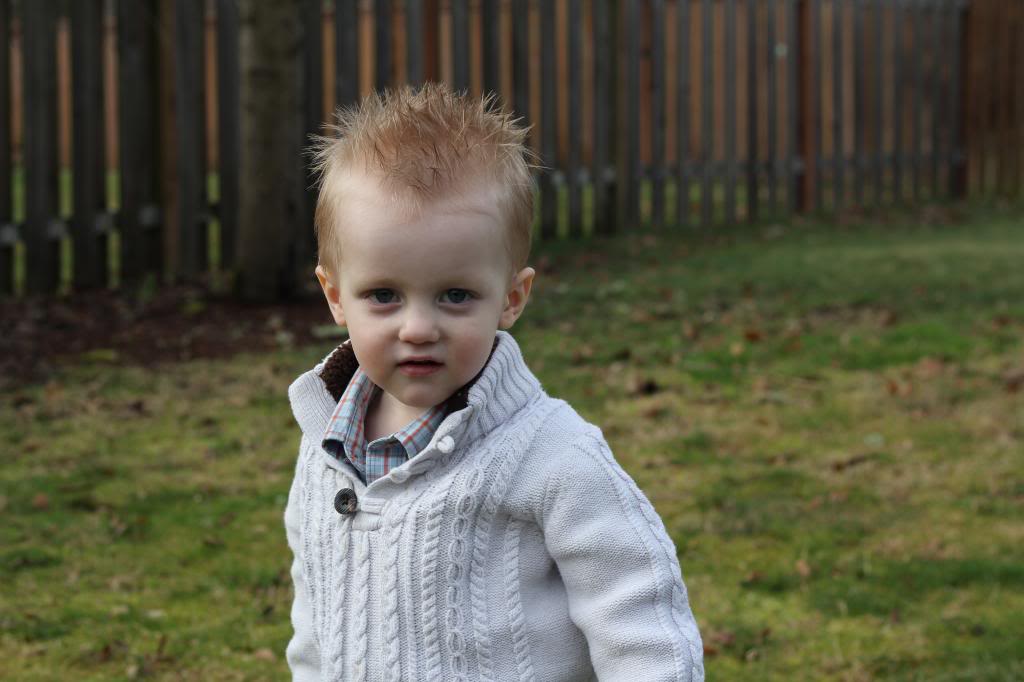 It took a little longer for Emmett to be interested in talking, but he has sure caught up! One day he just realized how great it is to be able to communicate and he started saying everything he could. He talks all the time now. 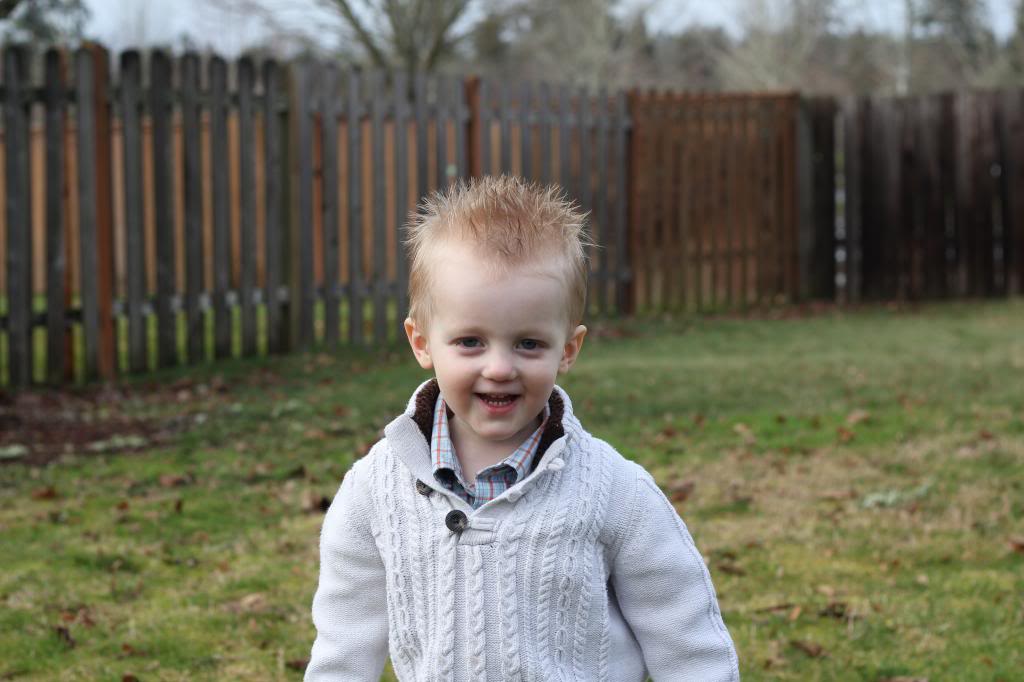 He loves to build and put things together. He plays with his train set a lot and loves to connect the pieces. He also loves play-doh, but what kid doesn't? 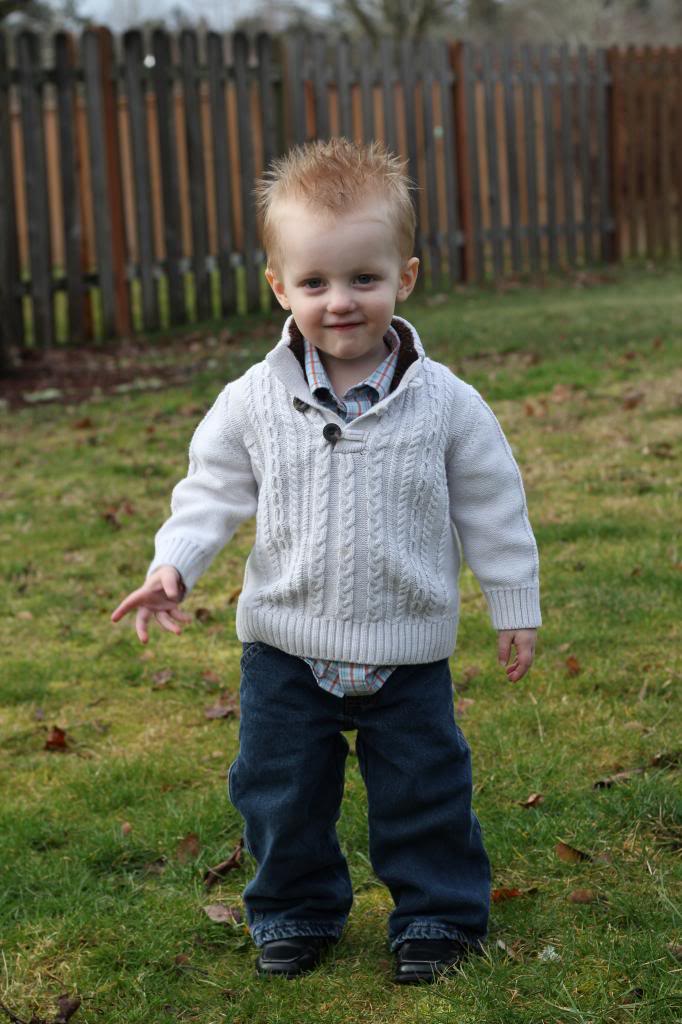 His blankie is still his prized possession but he is loosening up about it. If he sees it, he has to have it. But he is able to sleep without it if we don't mention it. Sometimes we hide it for a while and he hasn't ever noticed. 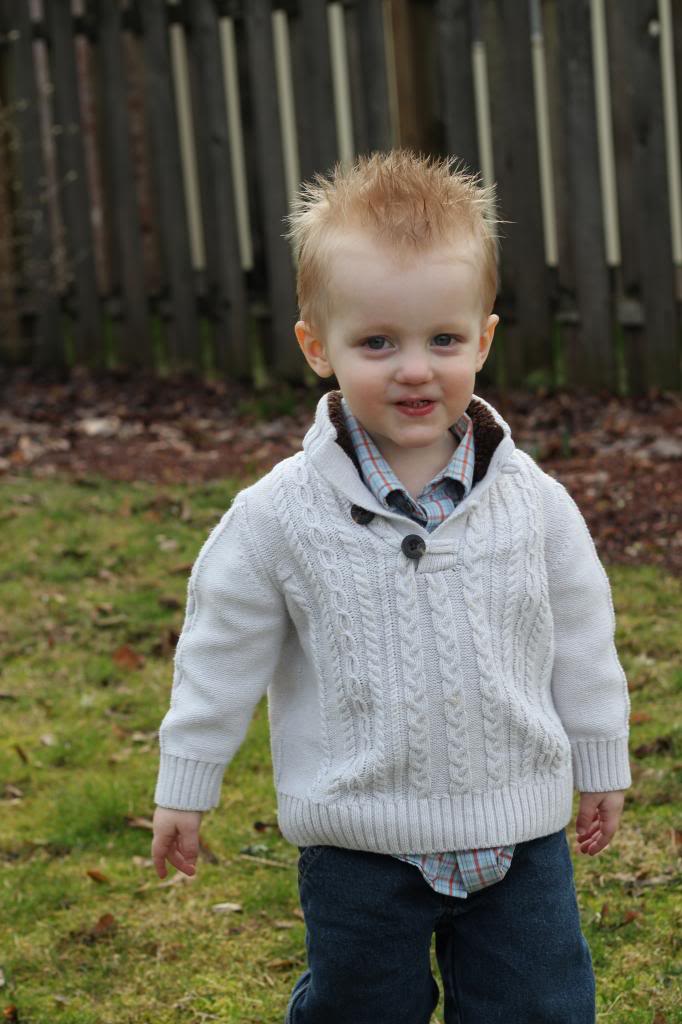 He has a couple of phrases that he says all the time. One of my favorites is every time anyone says, "Uh-Oh", "Oops", gasps or does anything like that he says inquisitively in almost a demanding way, "What!?" He also loves to say "ready, set, Go!" 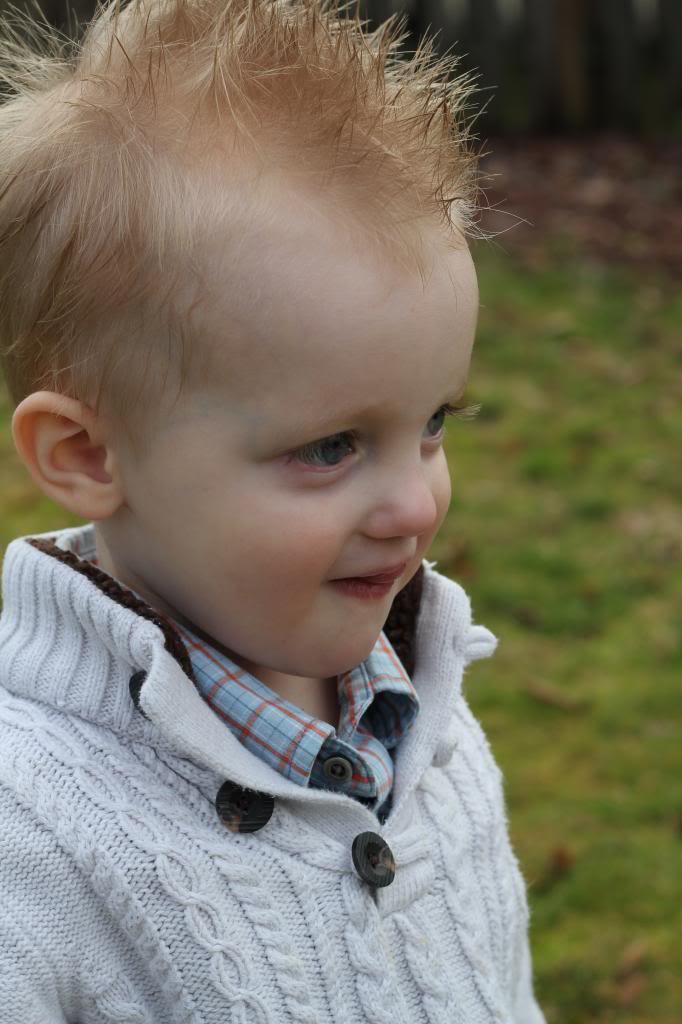 He loves animals, absolutely loves them. We haven't been to the zoo in a while so I am really excited to take him this summer. He calls animals by the sounds they make. When he sees a dog he says, "Arf arf" a horse is "Neigh" and a cow is "Moo". However a rabbit is a rabbit. 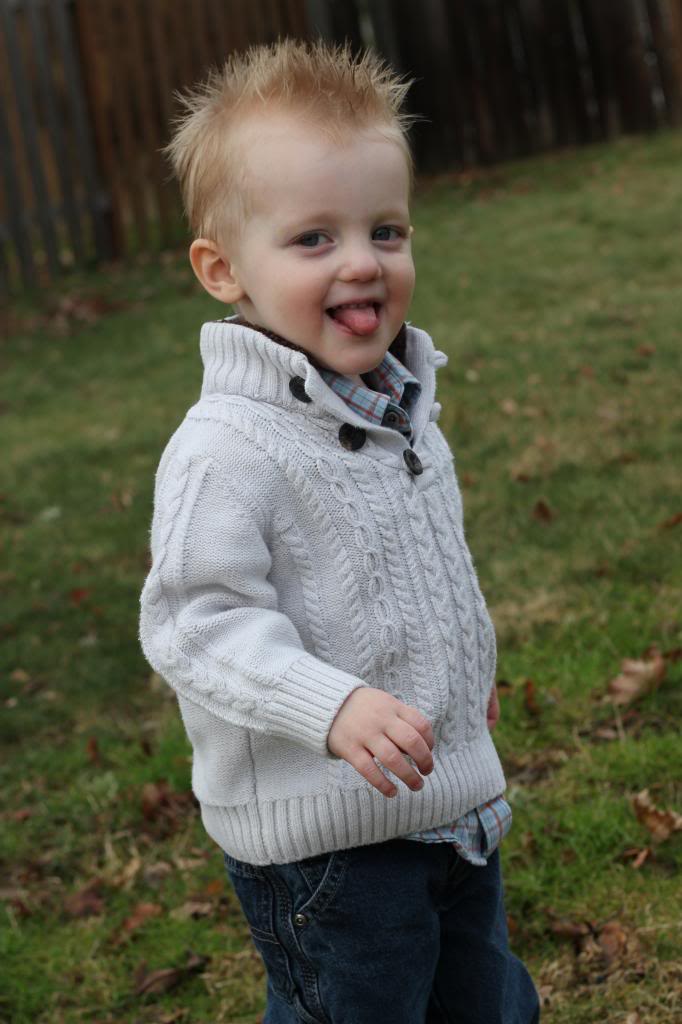 He still gets pretty messy. But now he likes to help clean up his messes. If he spills, or I should say when he spills, he asks for a paper towel to help clean it up. I sure hope he figures out how to get more of his food into his mouth rather than every where else soon. 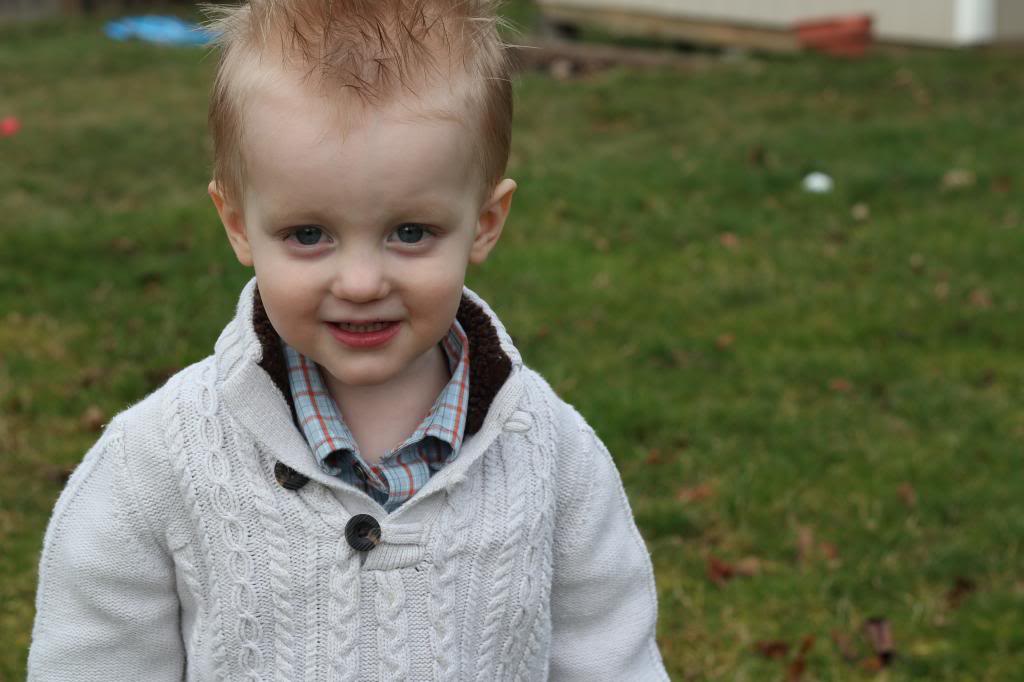 Overall he is a very sweet, loving kid. He gets along well with other kids and likes to play. We sure love this big 2 year old!