We decided to try camping with Benton before the summer was over. My sister and her family were going to Detriot Lake so we decided to join them for one night. We headed out on Saturday morning.
The car ride wasn't Benton's favorite, but since we knew we would be outside {which is his favorite} so we didn't feel too bad. We had a lot of fun on Saturday playing with cousins and friends. 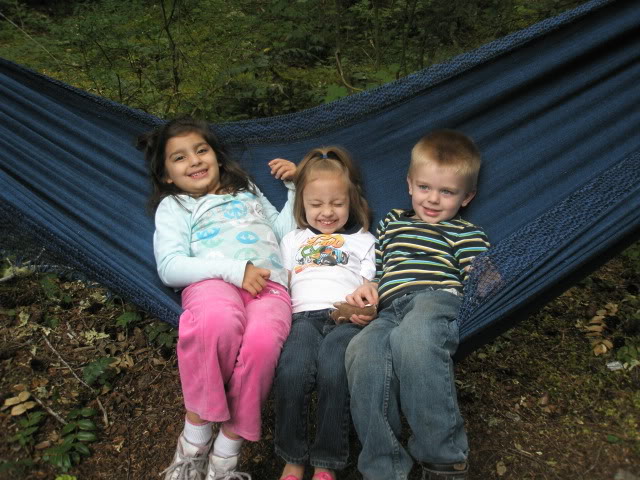 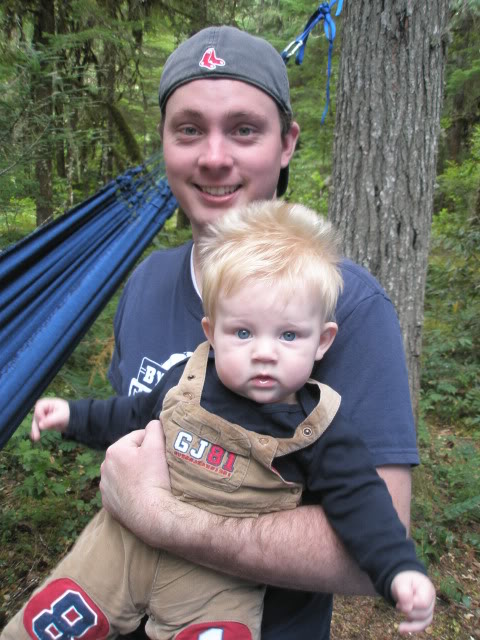 The hammock was a huge hit! Good thing Dallin remembered it! 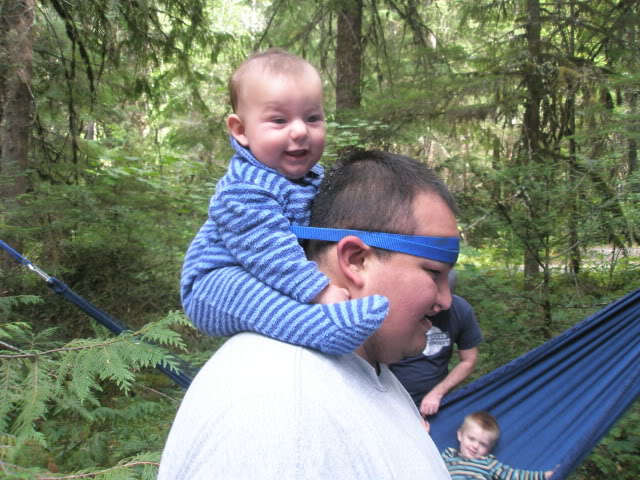 Marcos called this his "hands free" invention
Everything was going great and then... it started raining. Luckily Marcos brought a rain cover that went over the picnic table so we could all sit inside of it 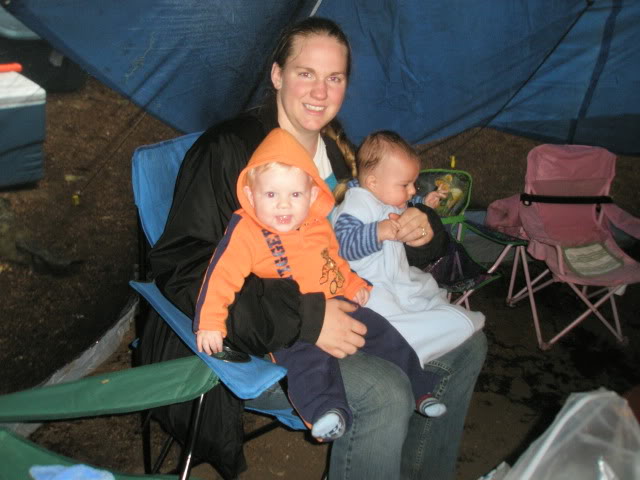 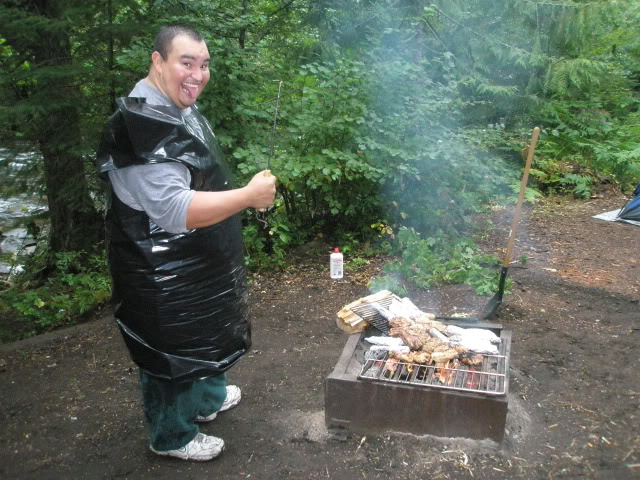 cooking :) Thanks for being out in the rain for us :)
Honestly, I was a little worried about the night... but Benton did great! We woke up a couple times shortly after going to sleep but then slept for about 5-6 hours straight. He hasn't done that in a LONG time. I think he liked sleeping right next to us.
The next day Dallin even tried fly fishing 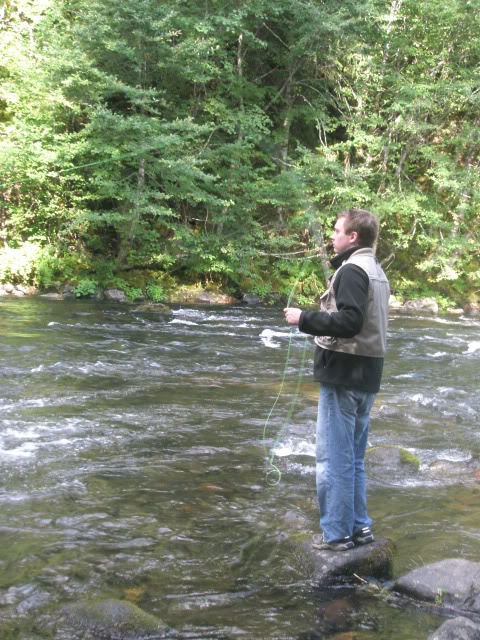 The babies were having fun being outside 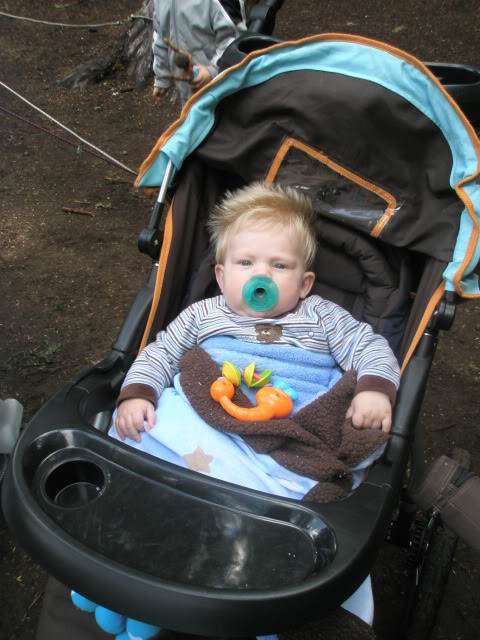 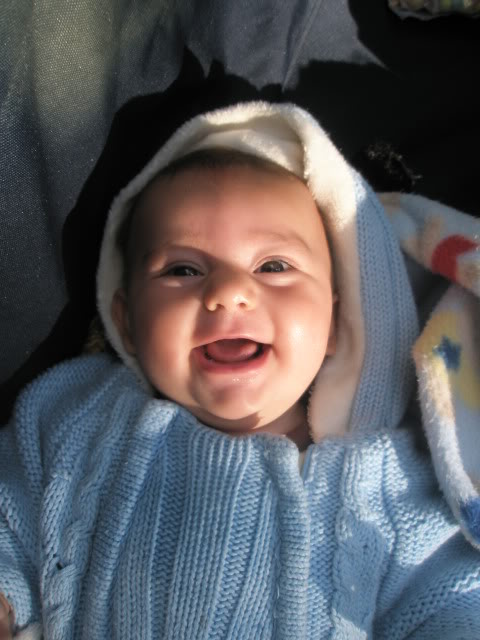 Peeking out from the hammock 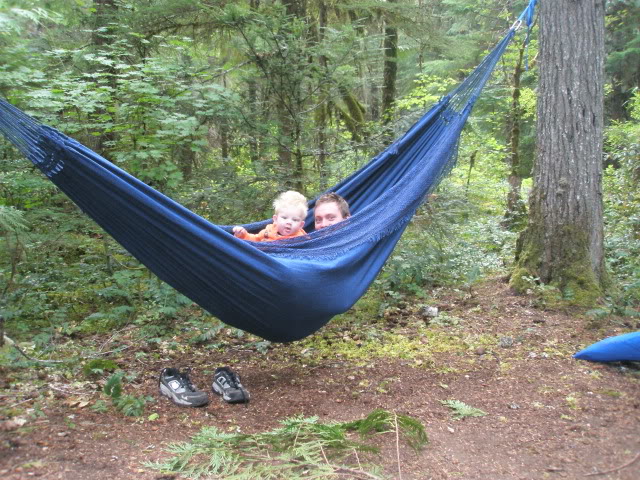 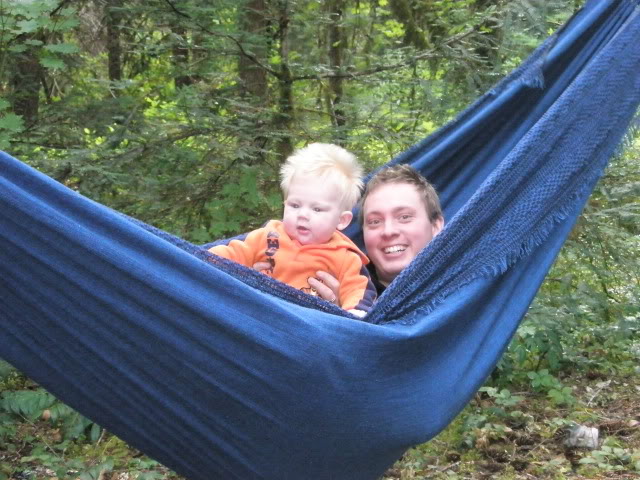 Camping was a success! We might try to squeeze another trip in before it gets too cold. Any suggestions on where to go?
Email Post