Emmett finally had his first day of Preschool! He has been so excited to start ever since Benton started school but he had to wait almost a whole month before it was his turn. He walked right up and found his name written in chalk outside. He loved that his name was there. 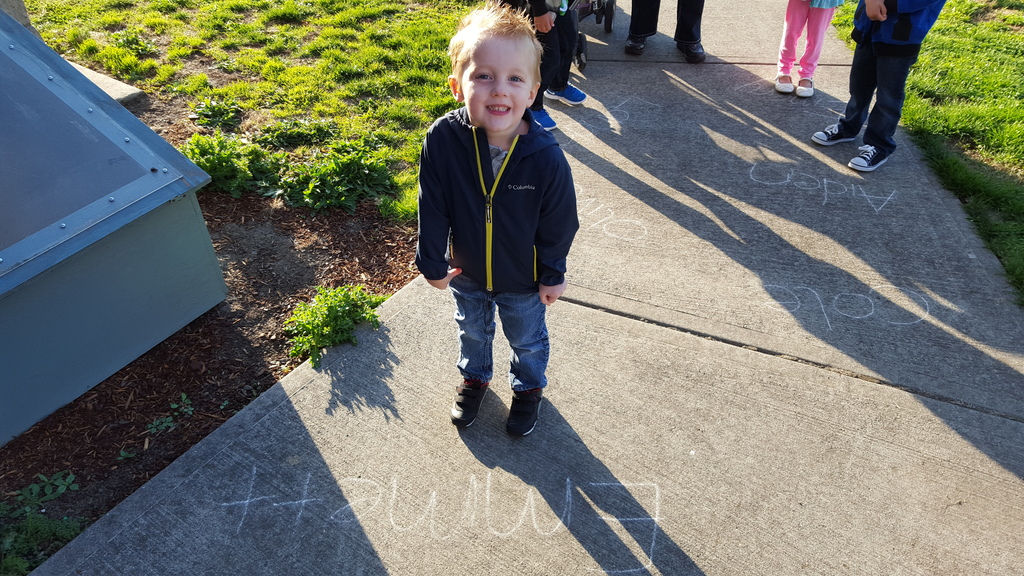 The first day of preschool was a family day so Adalyn and I were able to stay with him. Adalyn loved being a part of it too. They had several different stations to play at. Emmett picked the gear and puzzle table first. They had a puzzle that had 3 pegs, one square, one round, one triangle. Each peg could fit 3 shapes onto it with coordinating shaped holes in the middle. Emmett played with that one for 20 minutes. Mrs. Ackerman even came over and commented on how long his attention span was. Emmett doesn't care about making sure he does everything, he just enjoys what he is doing and does it for as long as he wants. 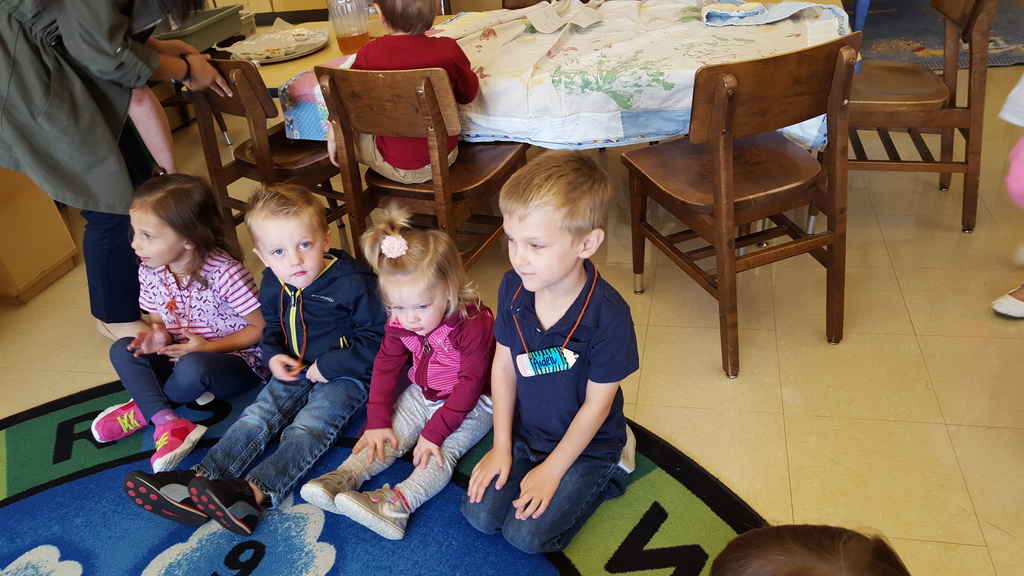 It was great to see him so happy to be there, he remembered coming a few times with Benton the year before on family days. It is really nice for him to have something just for himself. Up until now he has been to young to do most of the things that Benton could do, like preschool and dance class. Now it is Emmett's turn and he couldn't be happier.
Email Post