Benton decided to play soccer again this year. Last year was a little rough, he was just so young and wanted to go play in the trees the whole time. I was happy to hear that he wanted to try it again. One year can really make a difference! He was much more focused this year and really did great. We were impressed with how much progress he made in the 7 weeks they played. 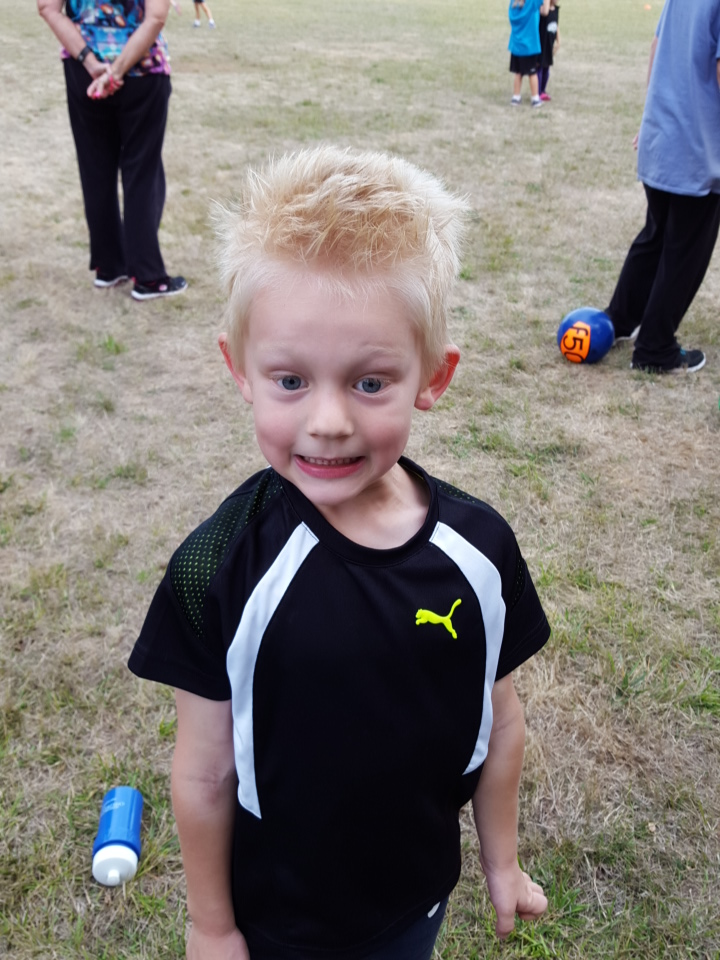 The first couple of weeks were practice then they played a game each night. He played twice a week and he scored a goal every game! He really worked hard to score goals, and it really paid off. It probably helped that Dallin said he could get ice cream if he scored a goal. We got a lot of ice cream this soccer season! We finally had to tell him he had to score goals a couple of games in a row to earn the ice cream so we didn't go every time. We love having him play soccer, though we are pretty casual about it. Right now it is all about having fun, being active, and learning a little bit about how to play as a team. Emmett is already looking forward to playing next year.
Email Post