After Adalyn was born we realized that the 5 members of our family were named with the first 5 letters of the alphabet- Adalyn, Benton, Christy, Dallin, and Emmett. This was of course by accident. We were talking about it while we were pregnant and people started saying we needed to name our baby boy something that started with the letter F. My sister and her children came up with the name Flynn. One time our family was talking about it and the name Frank was brought up. Benton said he liked it and I told him we weren't going to name our baby Frank. Dallin took that as a challenge I think and started talking about how he liked it too. He was just playing, but Benton was convinced. He would ask everyone in the family if they liked the name Frank. 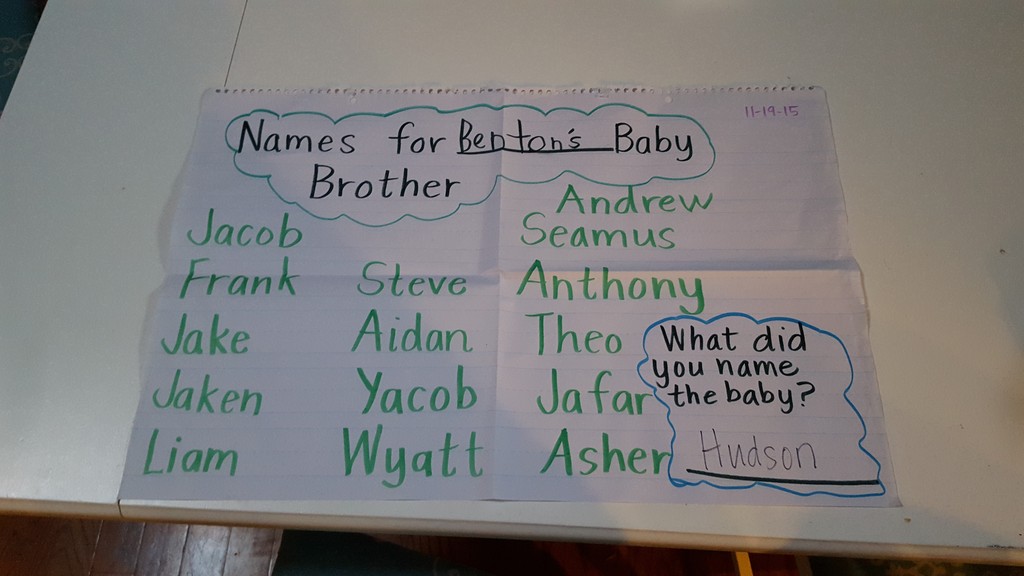