It's that time of year again, time to go to the pumpkin patch. We headed out to the same farm as we went to last year, it is such a great place! They have lots of activities and tasty food. While walking with Dallin Benton stopped to check out the big tractor, he was amazed. 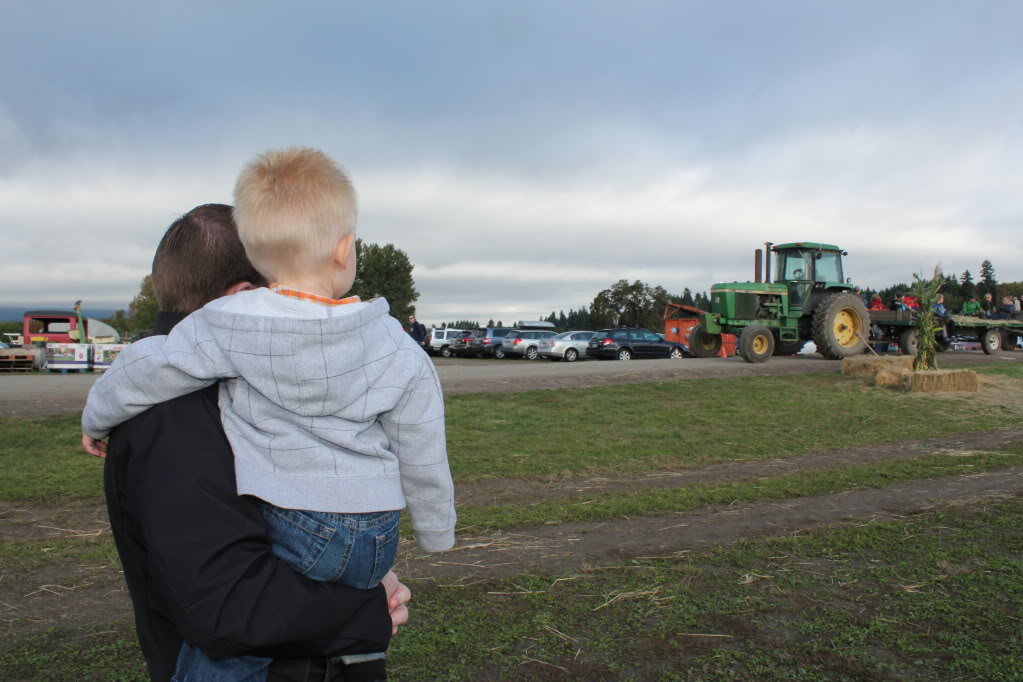 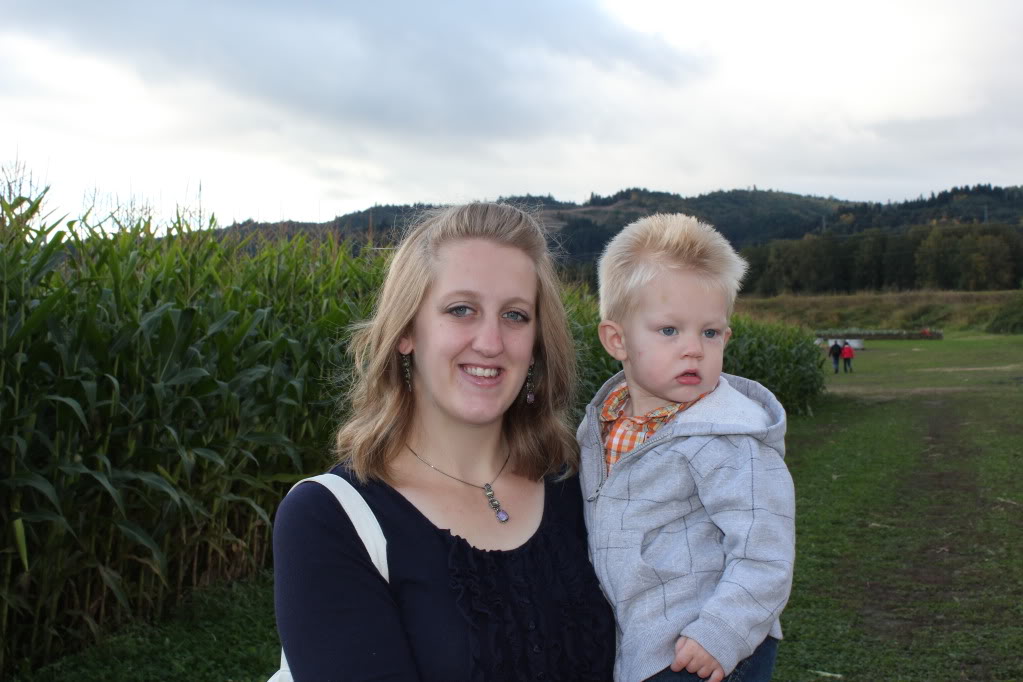 Our first stop was the corn maze. 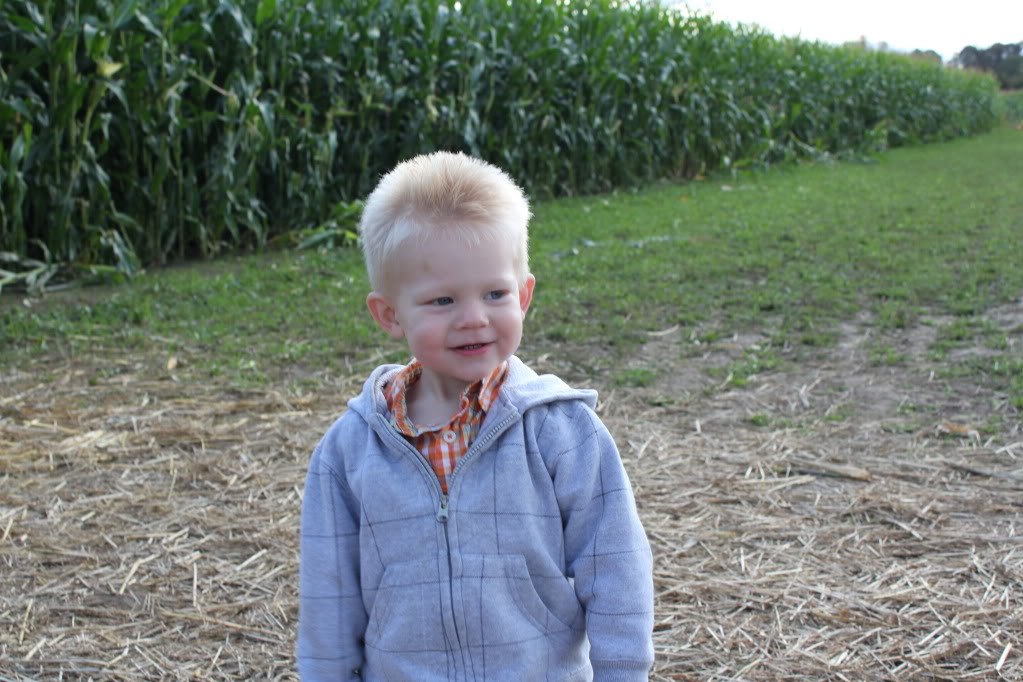 It's the perfect place to let your kids run! There really isn't anywhere that they can go but on the path, well until they get smart enough to go through the stalks. It is also a great place to wear them out. 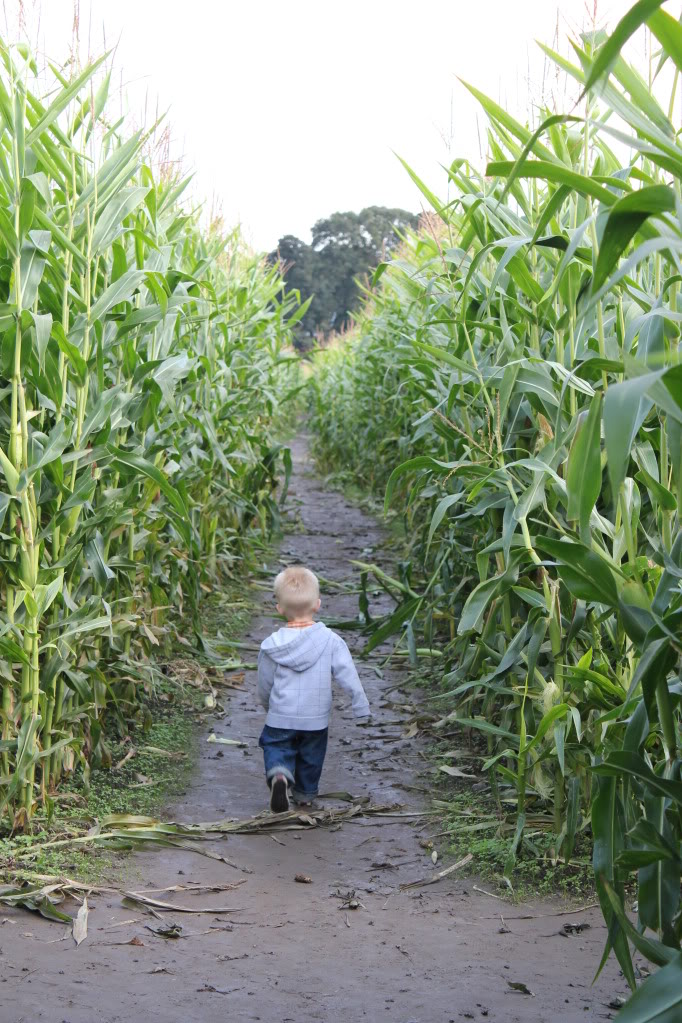 It was a pretty good sized corn maze, we were probably in there for about an hour. 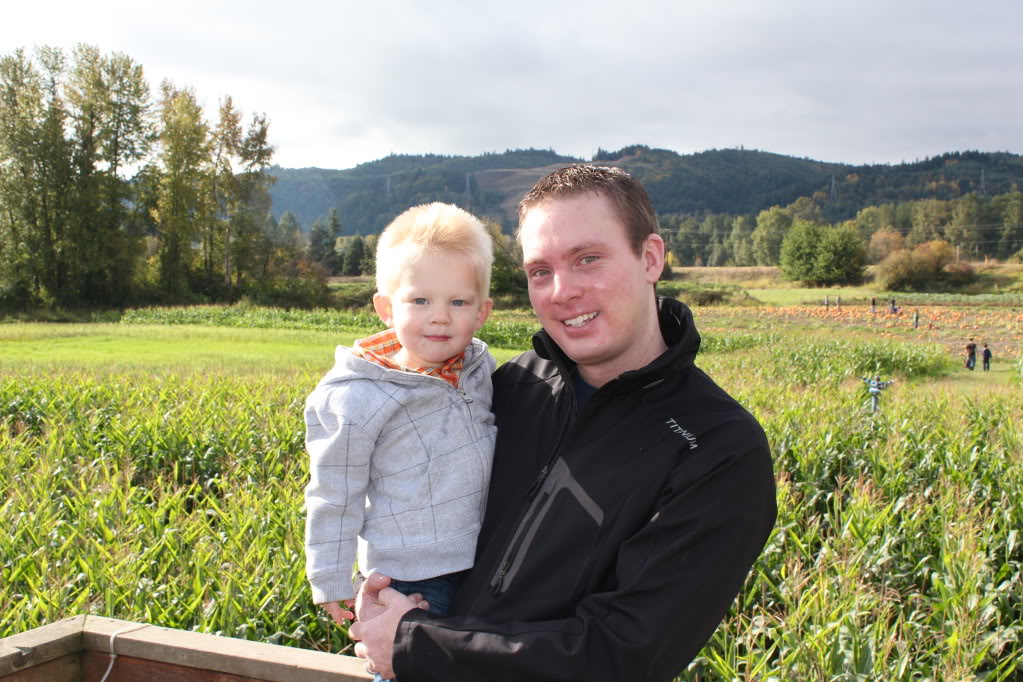 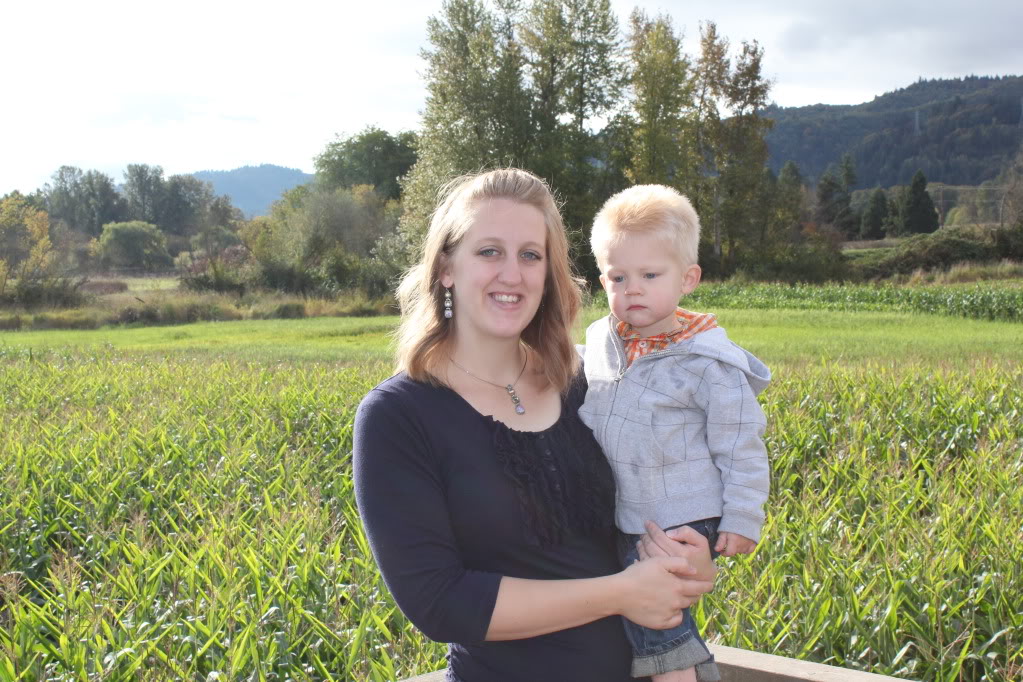 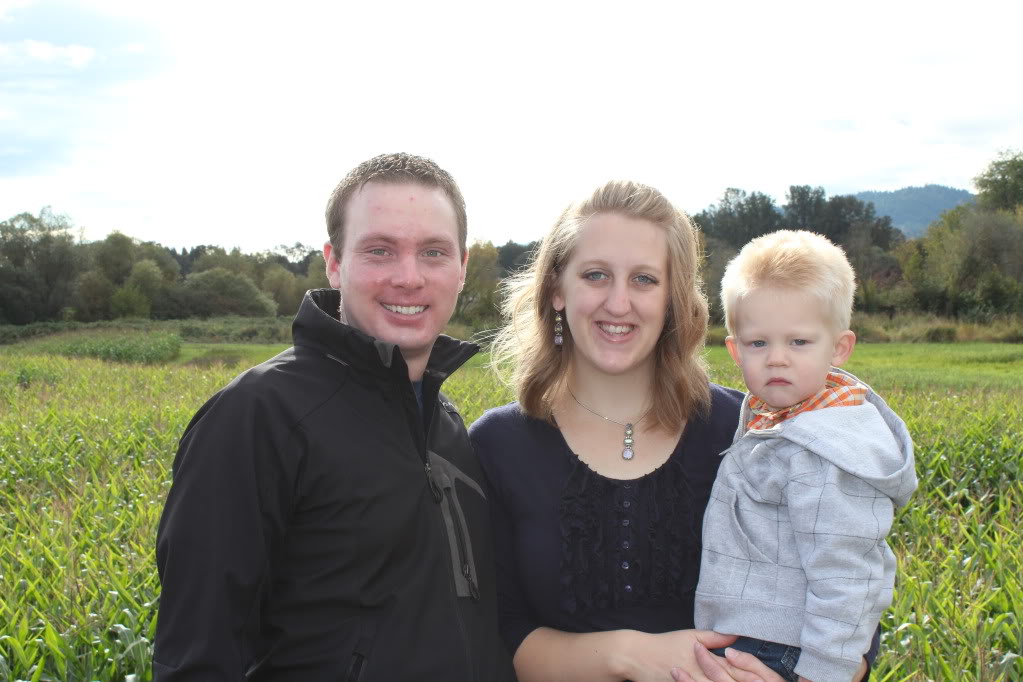 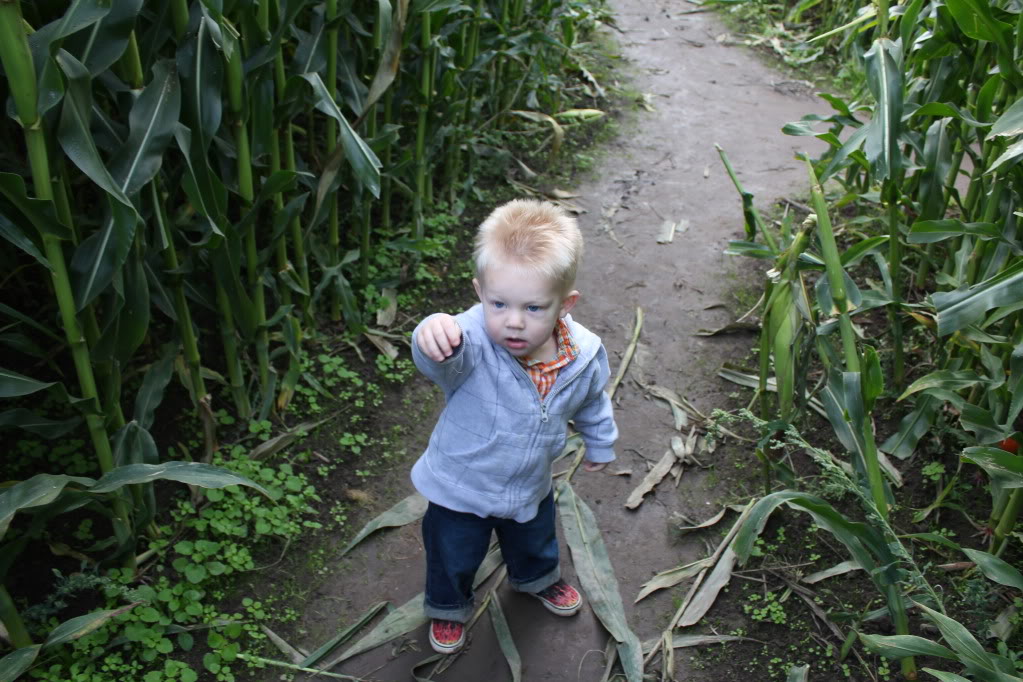 Next up was a hay ride to pick out our pumpkins. I think Benton liked sitting down for a few minutes. 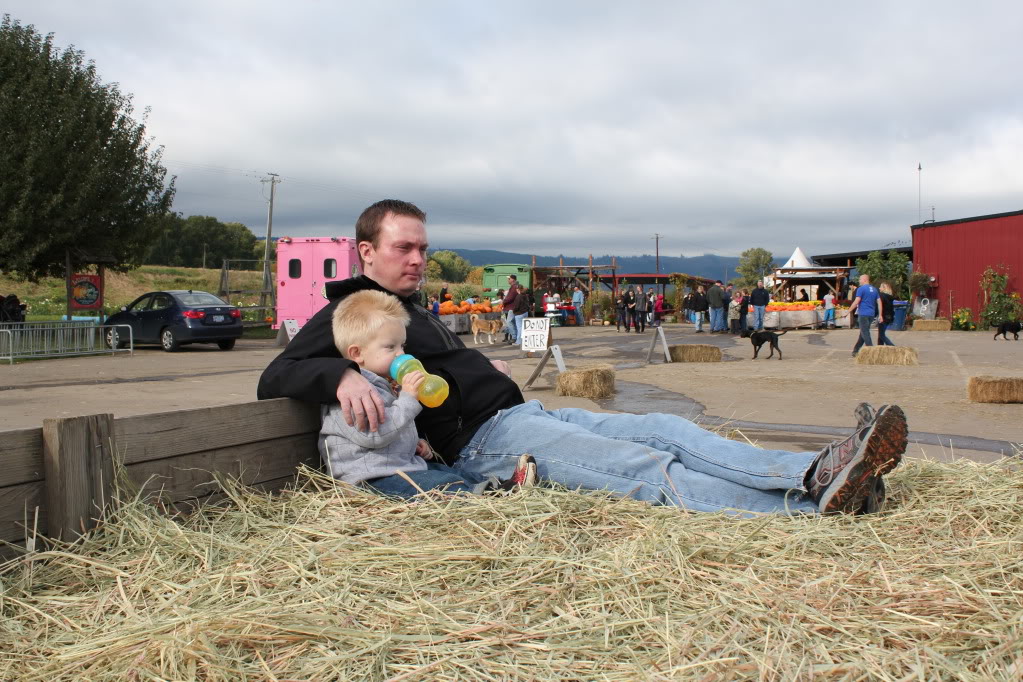 Dallin picked out the first pumpkin and Benton approved. 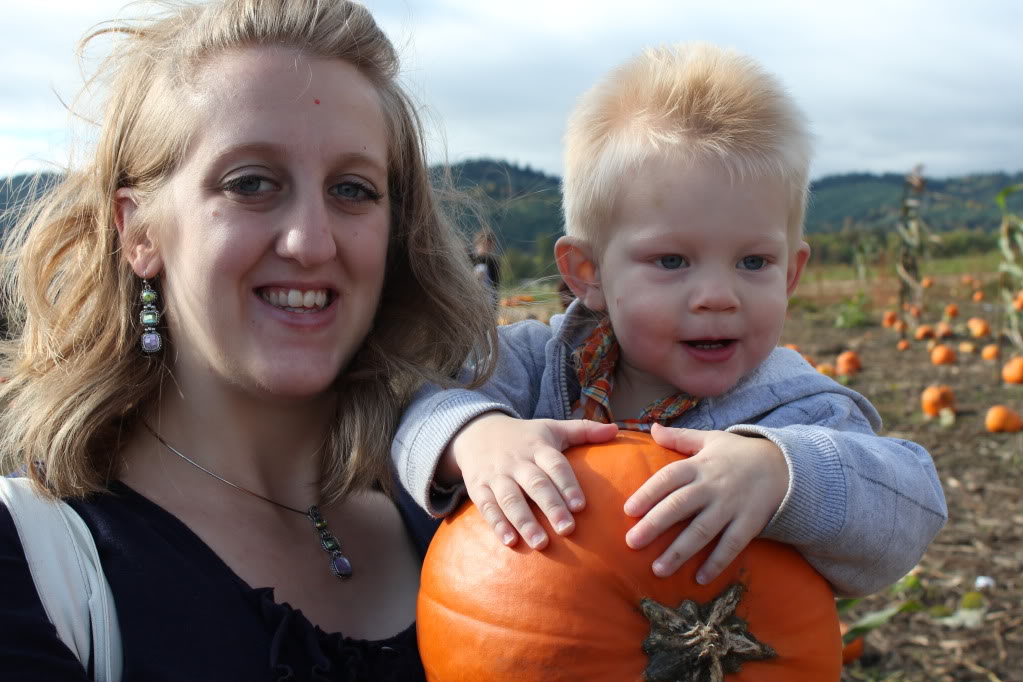 Then it was Benton's turn. His way of deciding if it was a good one was to pick it up and then throw it. Well everyone has a method I guess. 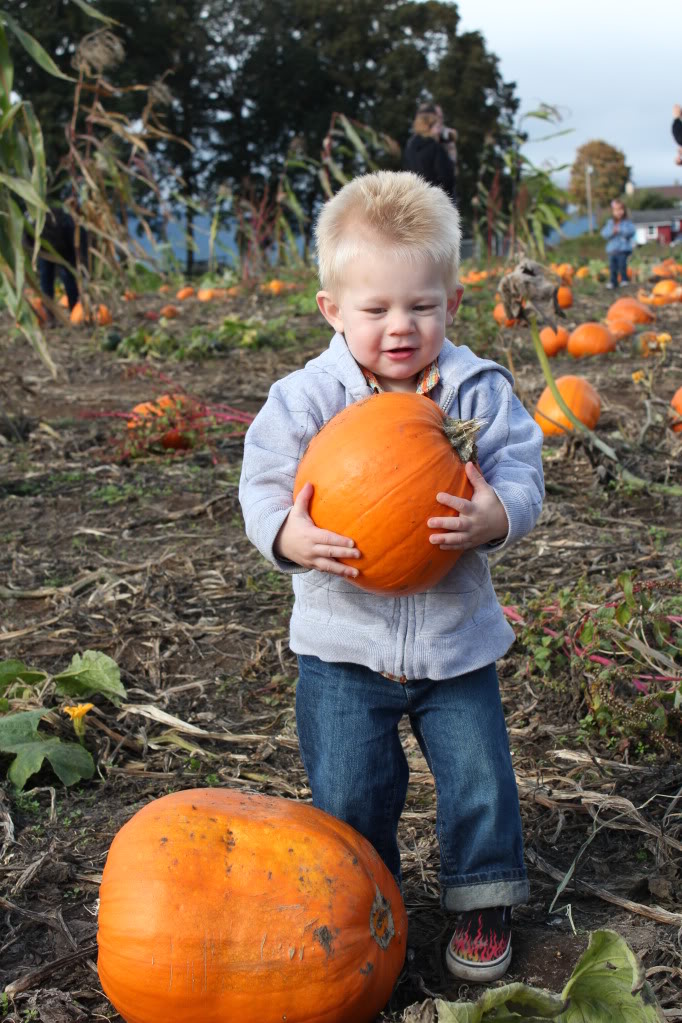 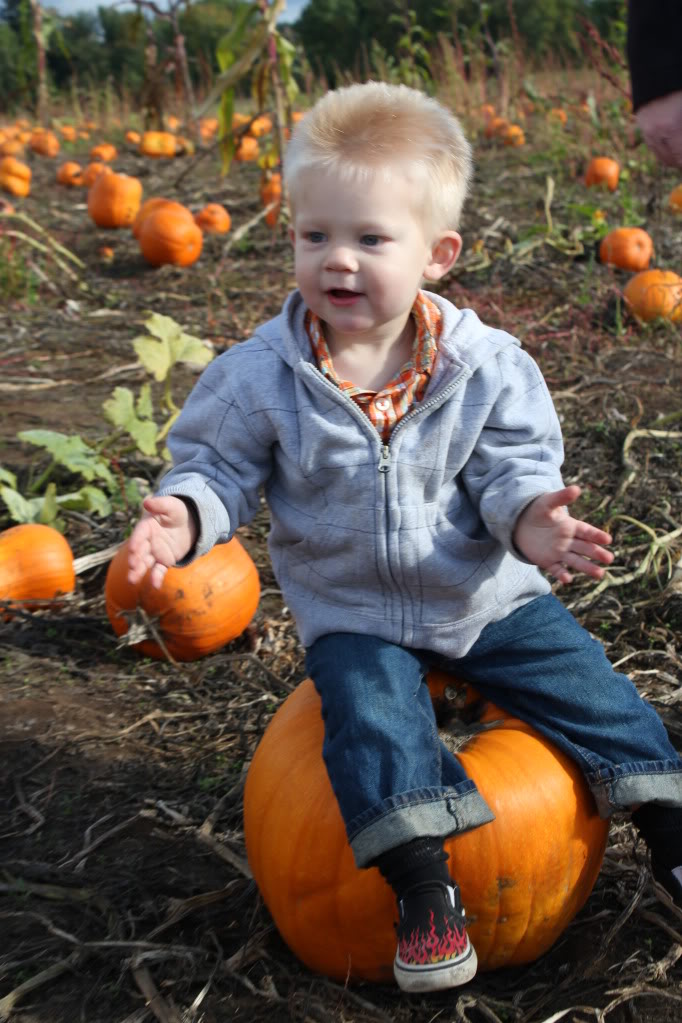 The last stop was the food. We started out with some corn and then some caramel apples. They were so good! We should definitely have them more often. Benton loved the corn. 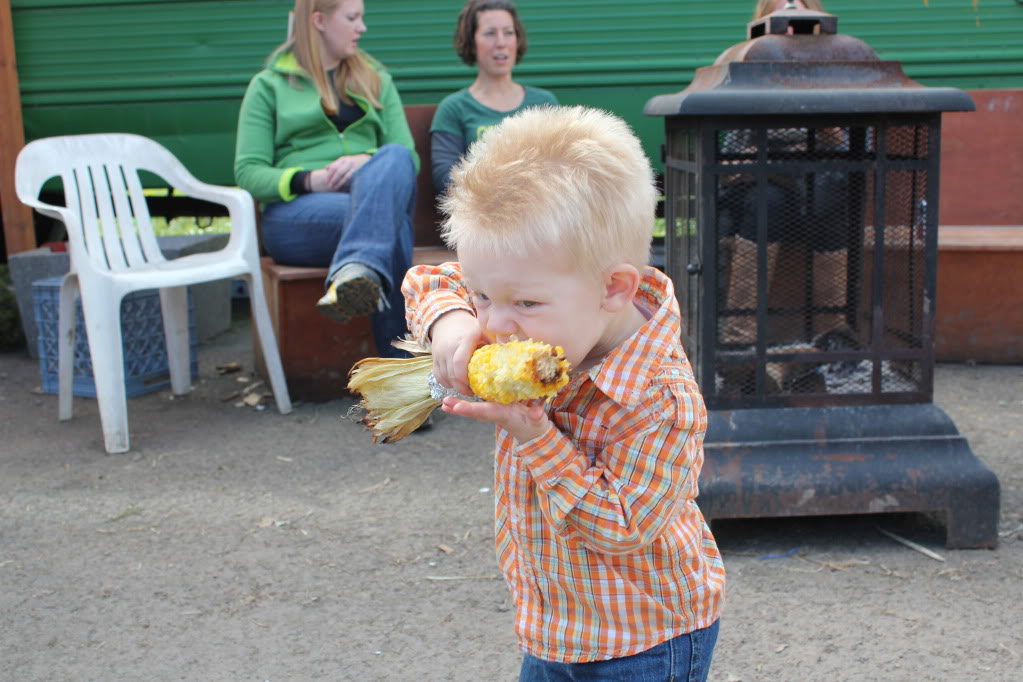 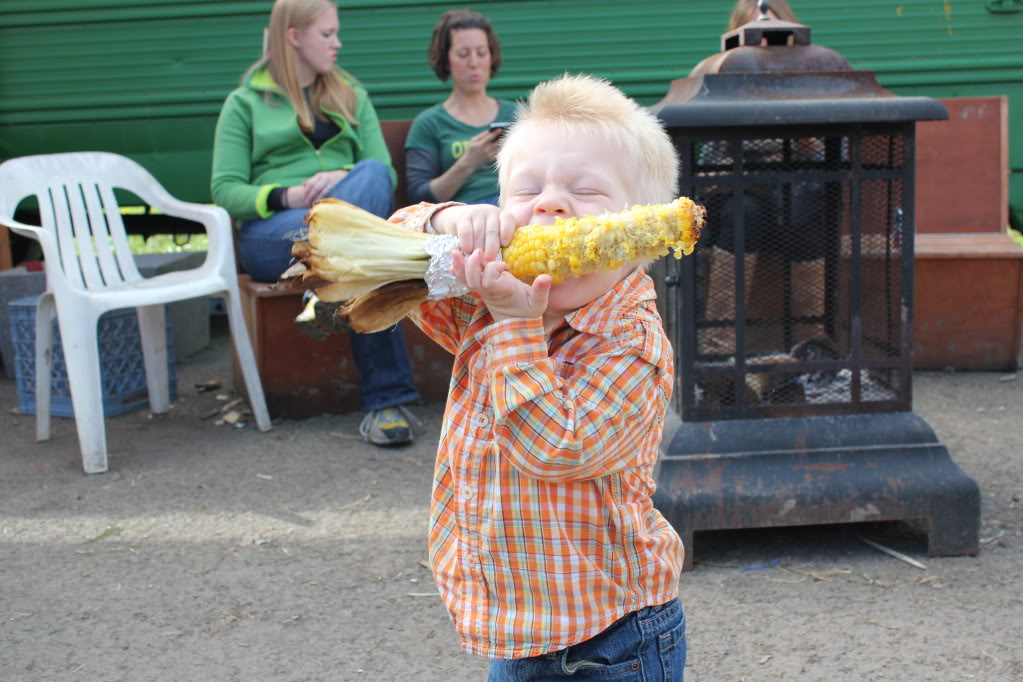 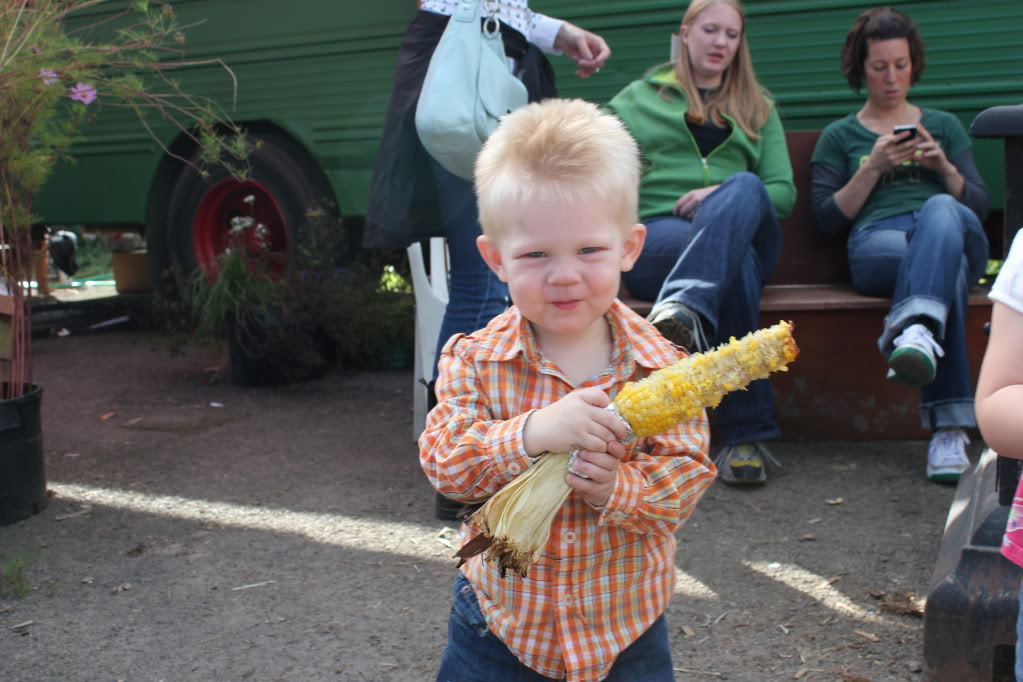 There is only one better way to eat corn, with a friend! They both loved the corn and ate it until there was nothing left. Norah was nice to share when Benton wanted a bite of her's too, I guess his own wasn't good enough haha. 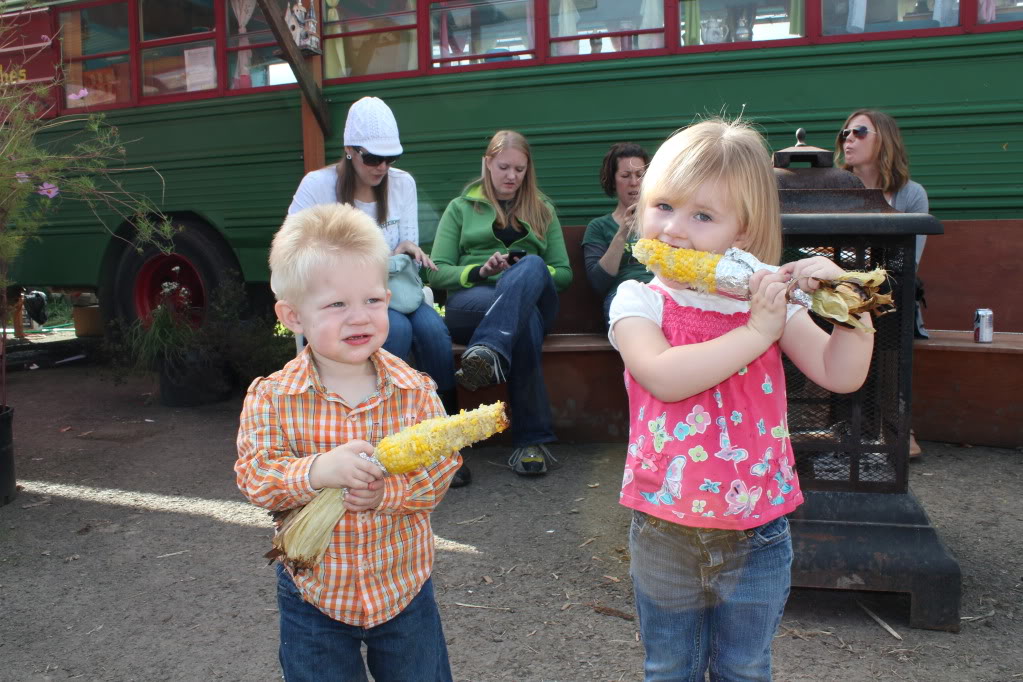 We had a great time at the farm and are looking forward to going back again next year.
Email Post