A few weeks ago I showed you a picture of a baby blanket I made. Well I had so much fun making it that I decided to make a few more. Our church is collecting them this month so I wanted to get a few more done before the deadline. After buying some more fabric I realized that it could easily get expensive to buy as much fabric as I wanted to make as many blankets that I would like. Granted it would be worth it because they will be donated to charity, but I thought I would ask around first to see if anyone had any left over fabric they wouldn't mind getting rid of. I have to say that I was a little surprised with what I got.
One person gave me a Daisy Kingdom quilt kit, another person gave me 8 yards of matching fabric, and someone else kindly gave me money to buy fabric! She said she had wanted to help but wasn't a seamstress (not that I am by any means, but I do like trying) so that was her way of donating to this blanket drive. And just when I thought I had enough to make quite a few blankets another sweet woman said that she wasn't going to sew anymore and gave me everything she had. Everything. We are taking 3 1/2 garbage bags full! There were yards and yards after yards of fabric in there. I have to say that it has been really nice having so many options to work with. I have gotten quite familiar with Bob the builder, Dora, Diego, Superman and Thomas the train.
Here are all the blankets that I have completed in the last month. 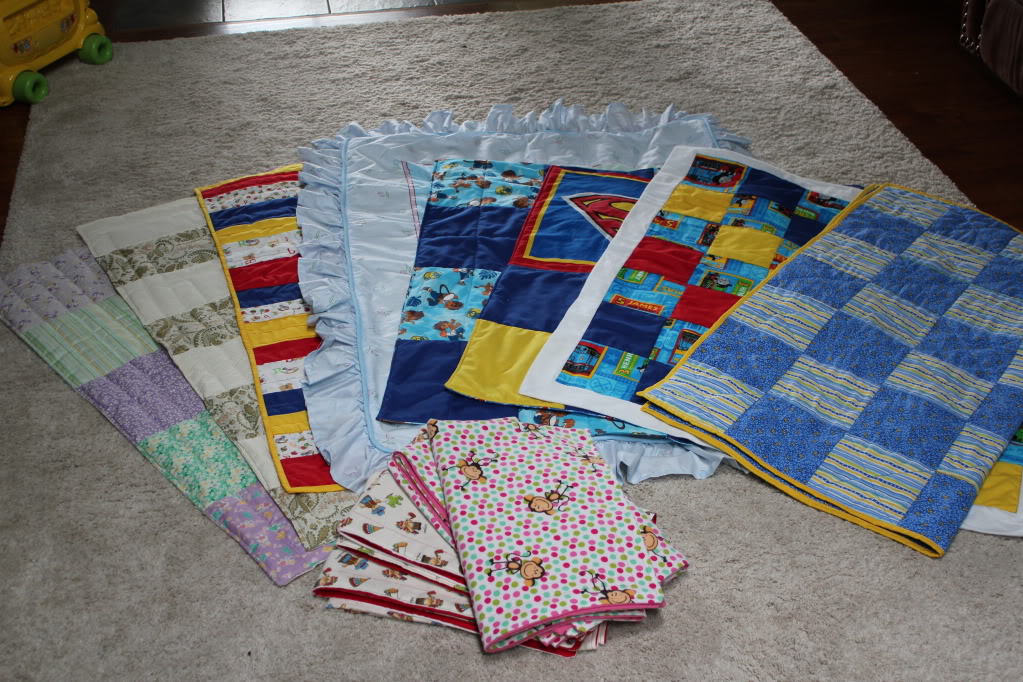 There are 8 quilts and 4 flannel blankets. Someone gave Benton two flannel blankets when he was born and they have been mine and his favorites ever since. They are bigger and warmer than receiving blankets so you can wrap them up as they grow bigger. This blue quilt is my favorite I think. 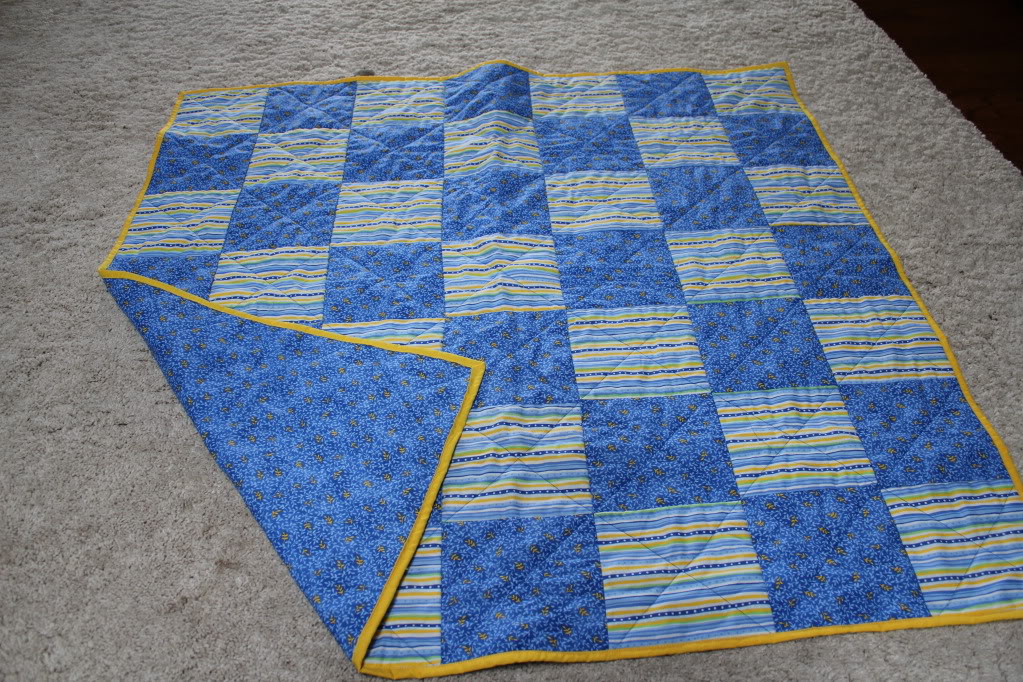 It has been really fun making these blankets. I have learned a lot (and called my mother-in-law a lot). It was my first time quilting a blanket, making a ruffle edge (which I have to say took a lot longer than I thought, probably because I messed up a few times), binding a blanket, and I tried a self binding technique. They have been great practice. I felt like I got better with matching up corners, the blue one was almost perfect. But then I made the Thomas the train blanket and it was all over the place. But I did like the self binding method on that one. 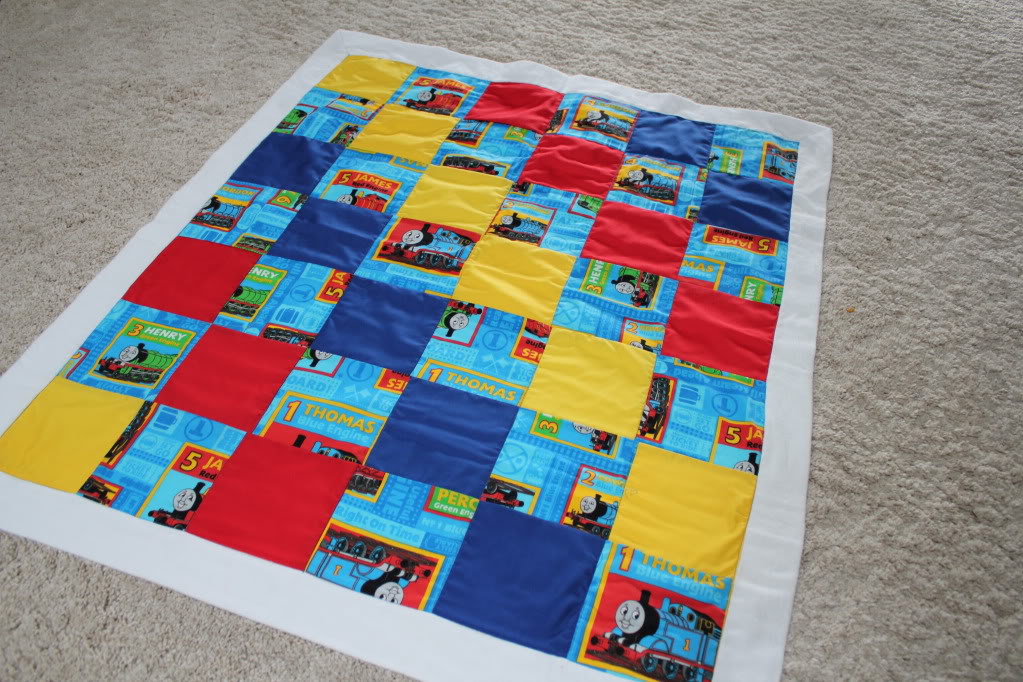 One thing in life that I have found to be true over and over again is that people want to help. But not everyone can help in every way. Years ago when I was heading to Brazil for my second trip a very sweet woman heard about the orphanage that I was heading to and she decided to send me with some donations for the children. When I say some, I mean a 70lb suitcase full of donations. Every child at the orphanage received lip smackers, hot wheels, hair ties, pencils, games, toys, and about anything else they could want. She even gave me the money to pay for the extra piece of luggage that carried all of her donations. On that same trip another sweet woman made a bag for each child and embroidered their name on it. I can't imagine how long that must have taken.
Once again I have been greatly touched by people wanting to help. Sometimes we just need the opportunity. Thank you to everyone to gave me fabric so I could make these blankets. We can't all serve everyone and give everything, but we can each do something.
Email Post
Labels: Projects sewing