How did you like project week? I actually had one more thing I was going to post on Saturday but we ended up going down to Corvallis to see BYU play OSU. It was the first college football game I have ever been to, and it was great. BYU won of course, which made it even better! It was an entire day event though, which means there wasn't anytime to post about the project (or finish it, haha).
Truth be told every project that I posted about last week we finished either the night before or minutes before I posted them (except for the house, I finished painting that two days before). Really the whole reason I wanted to have a project week was so that we would have to finish all of our projects, and it worked! So you can expect the last project to appear sometime this week.
Now we can return to what we all love to see the most, Benton. Because I finished most of the projects right before posting that meant that Benton was taking his nap. Therefore I had no cute model. So this week we will make up for the lack of pictures of Benton starting off with Benton's new haircut. I normally cut Benton's hair. It started out that way because I didn't want anyone else to have scissors near my little baby's head. And I have been pleased with the way that most of his haircut's have turned out (luckily). But it is a big ordeal and quite frankly not my favorite thing to do. It takes two days to give him a haircut. The first day I have to give him a popsicle or something to keep him entertained while I cut as much off as possible. I use clippers for the sides and scissors for the top (clippers cut it too short). By the time the popsicle is gone he is done.
So I spend the rest of the day and the next morning looking at all the spots that need to be touched up and quickly try to get them as he is constantly turning his head to see what I am doing. It has worked out every time until last time. He was done and so was I before I could get everything cut evenly. And because we spike his hair normally you couldn't really tell. He had that haircut for about 3 months. It grew way too long and was ready for another haircut. I decided to let someone else try it. We went and saw Lisa at the salon I used to work at. 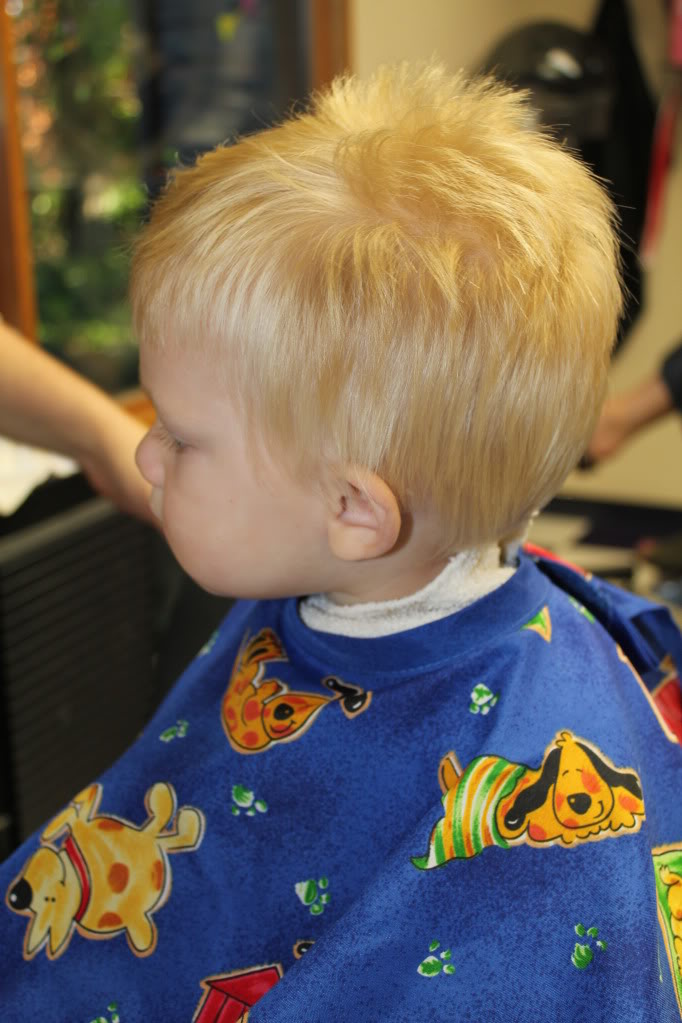 He wasn't too sure about it, he just starred at her the whole time. And check out how long his hair was! 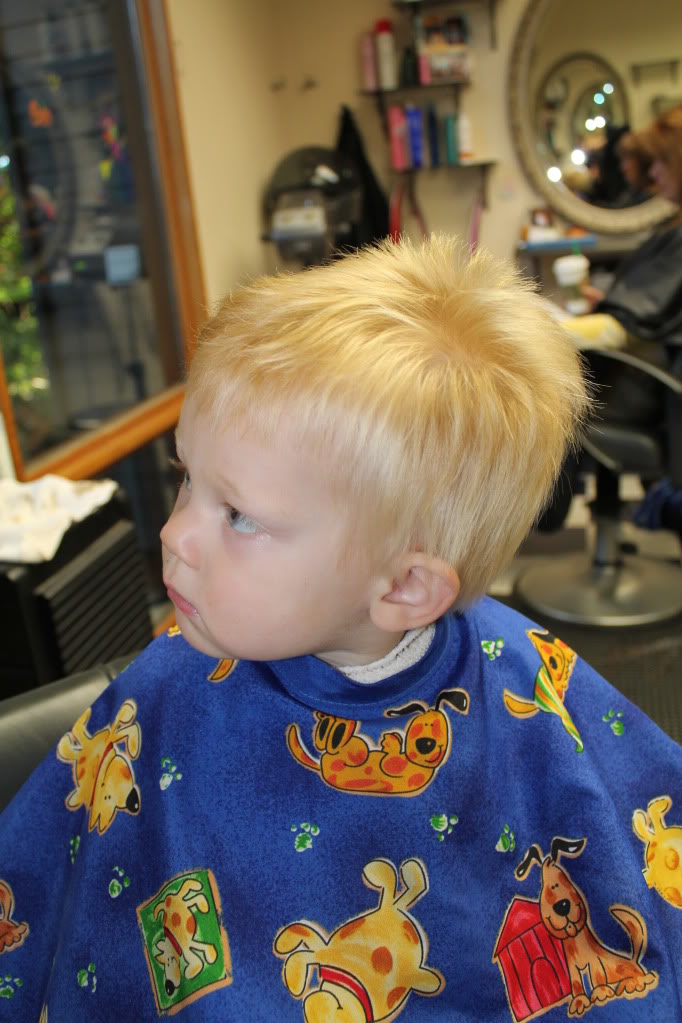 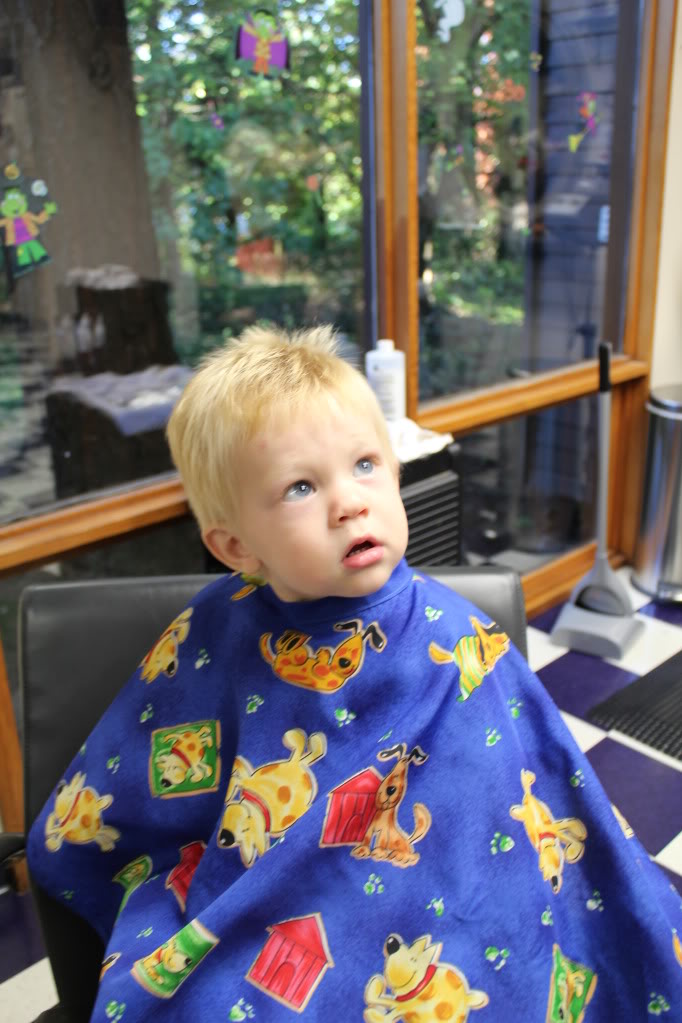 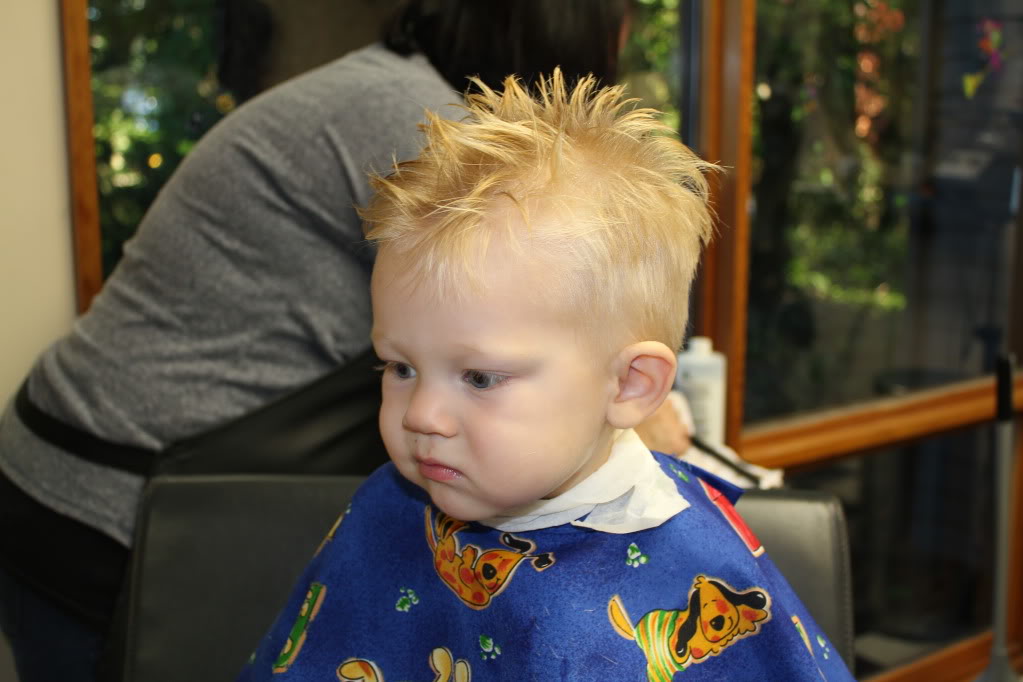 He did so great! Because he was unsure about it, he kept completely still! She finished in about 5 minutes. 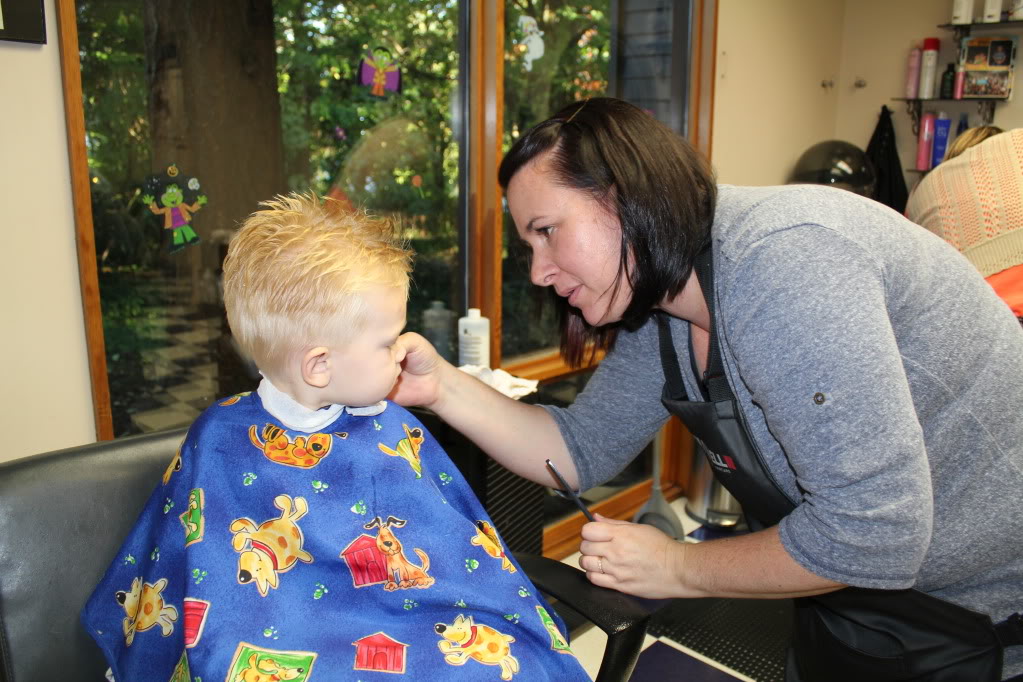 Here he is showing off his new do, that is much better! Thanks Lisa! 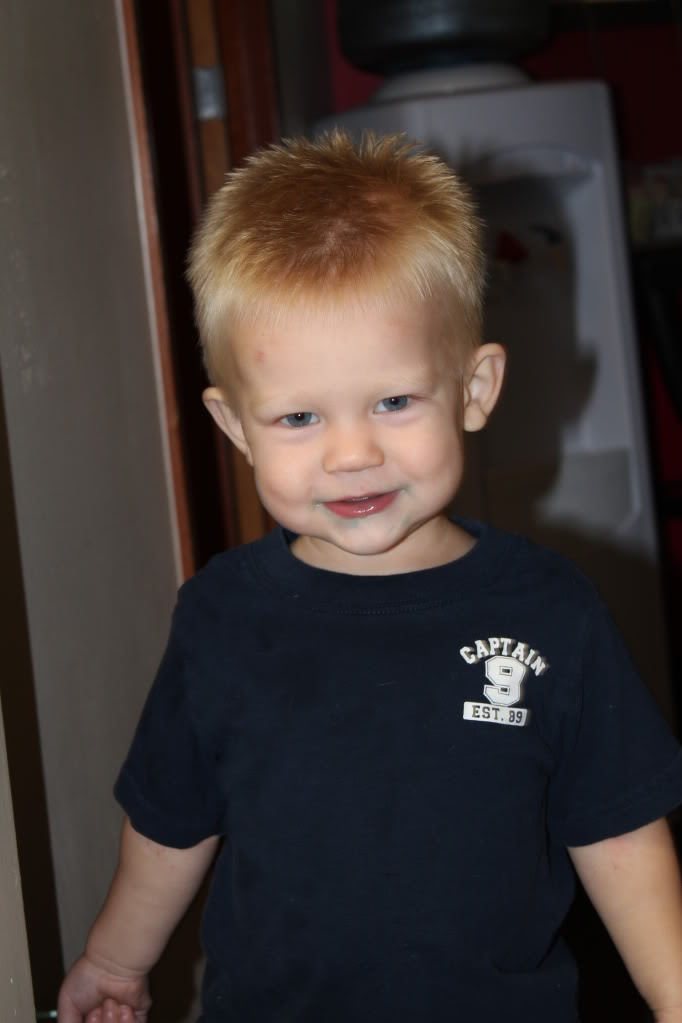