Yesterday we went to a new park. Finding new parks is always fun, and this one was great. I happened to bring my camera and am really glad that I did. It has been a while since I have taken pictures of Benton. When I come home with 200 pictures on my camera I know it has been a good day. So here are a few from the park. 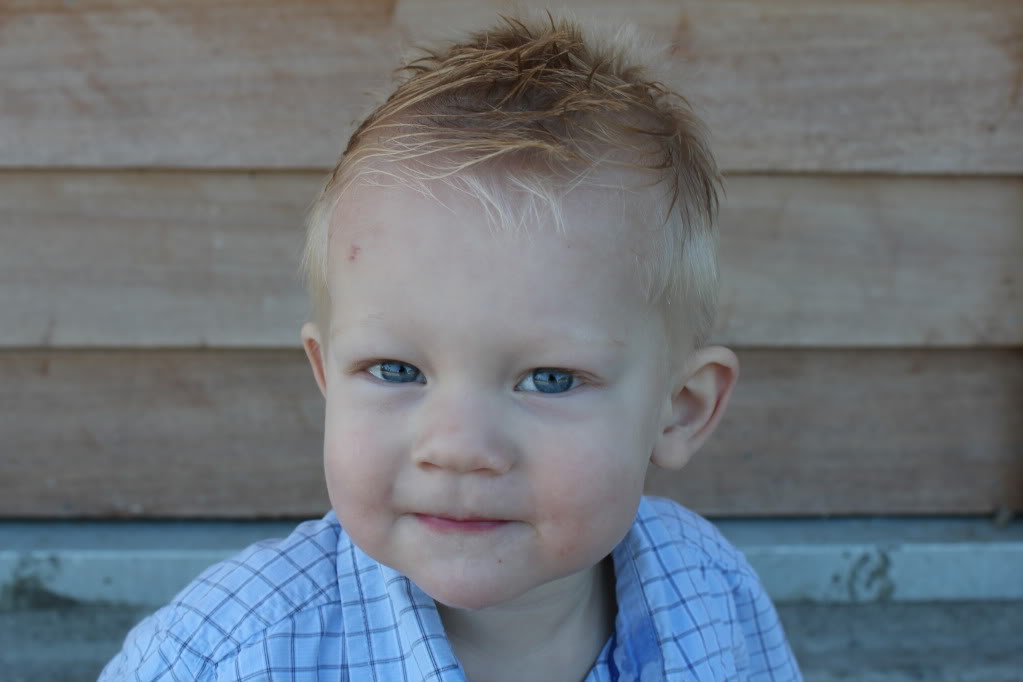 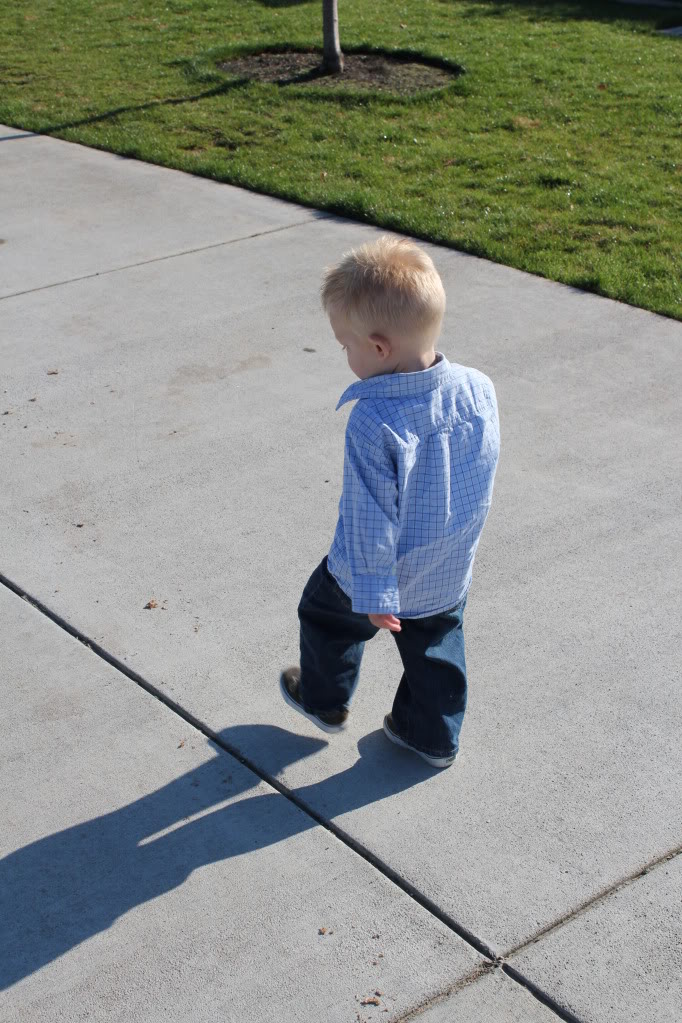 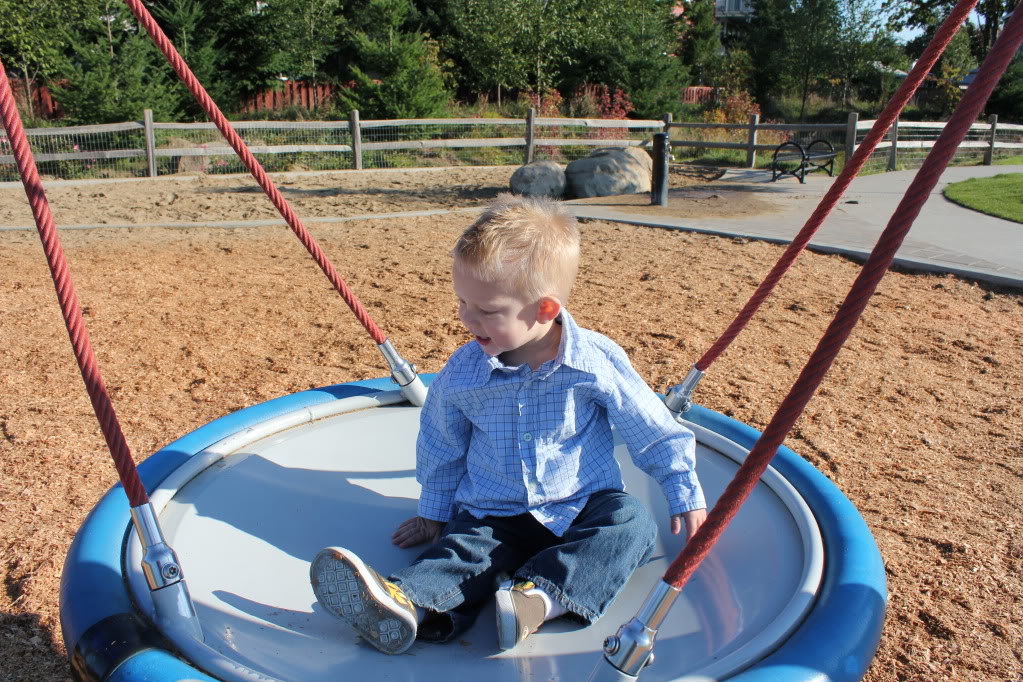 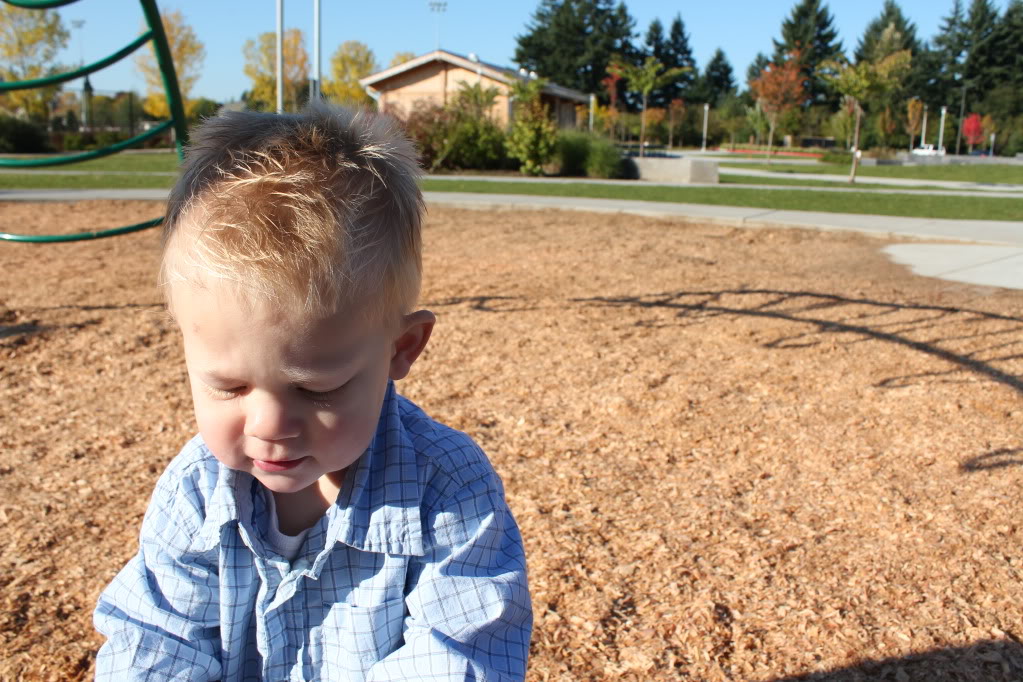 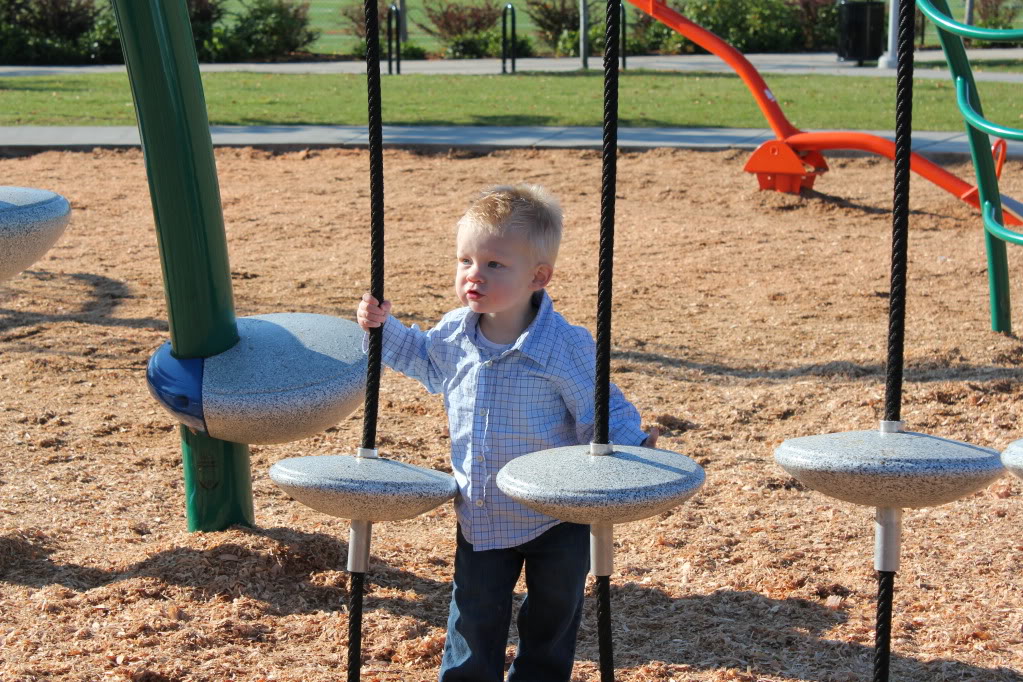 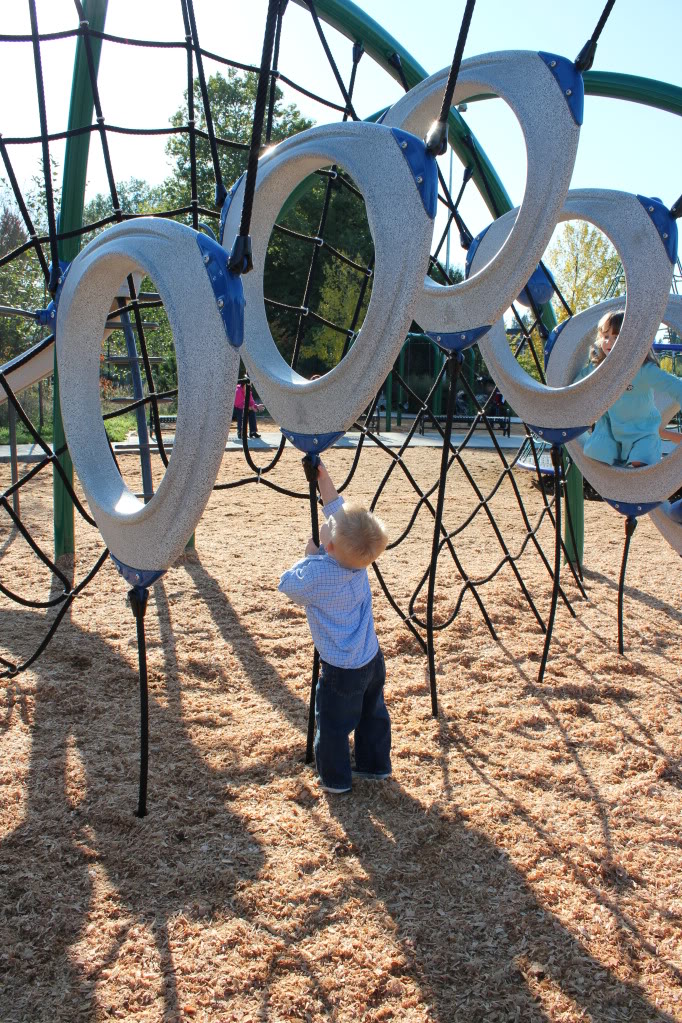 He somehow got a mouth full of barkdust... don't really know how that happened but some pretty awesome faces appeared shortly after. 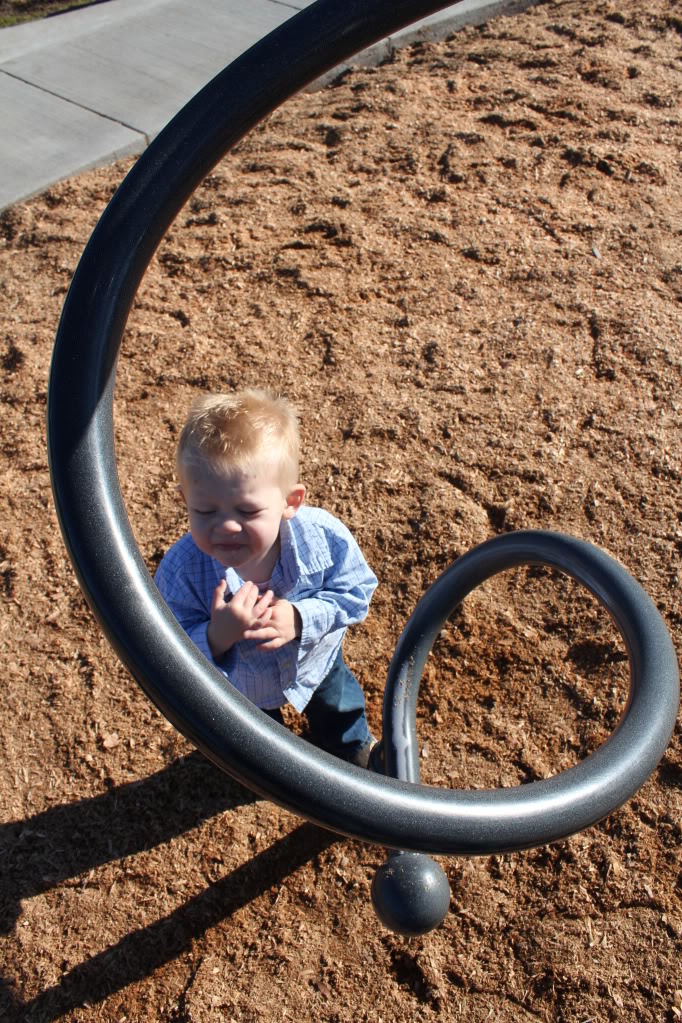 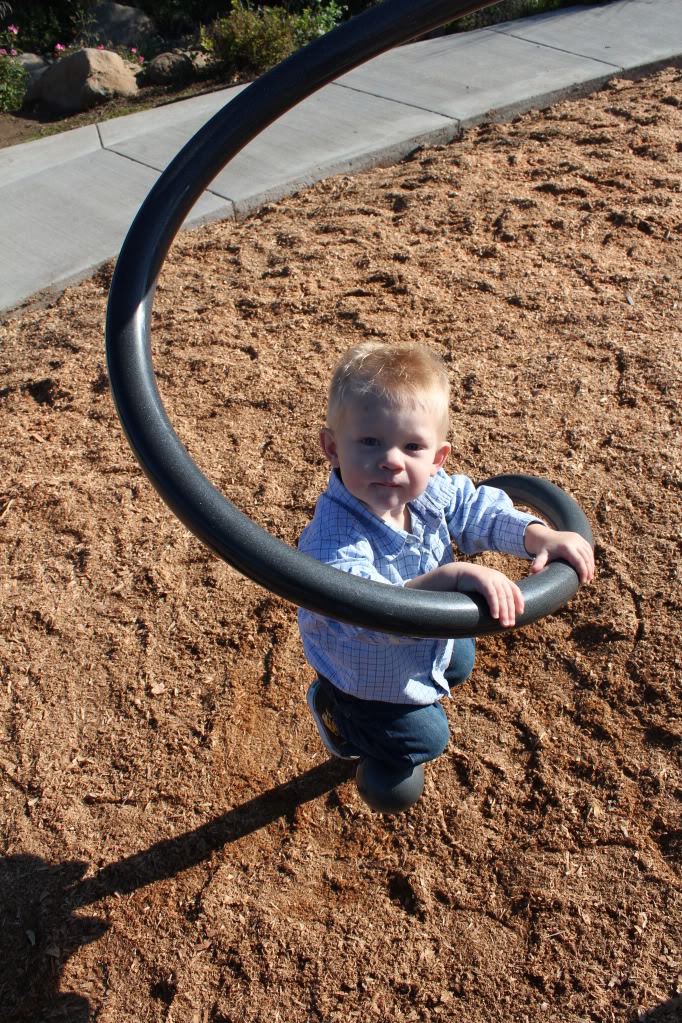 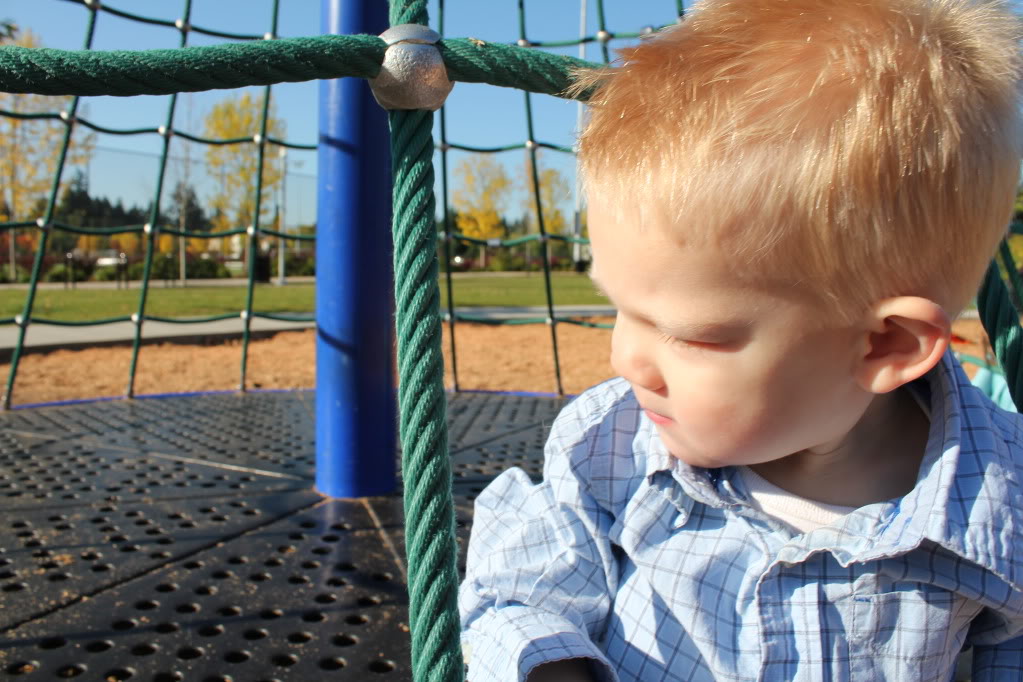 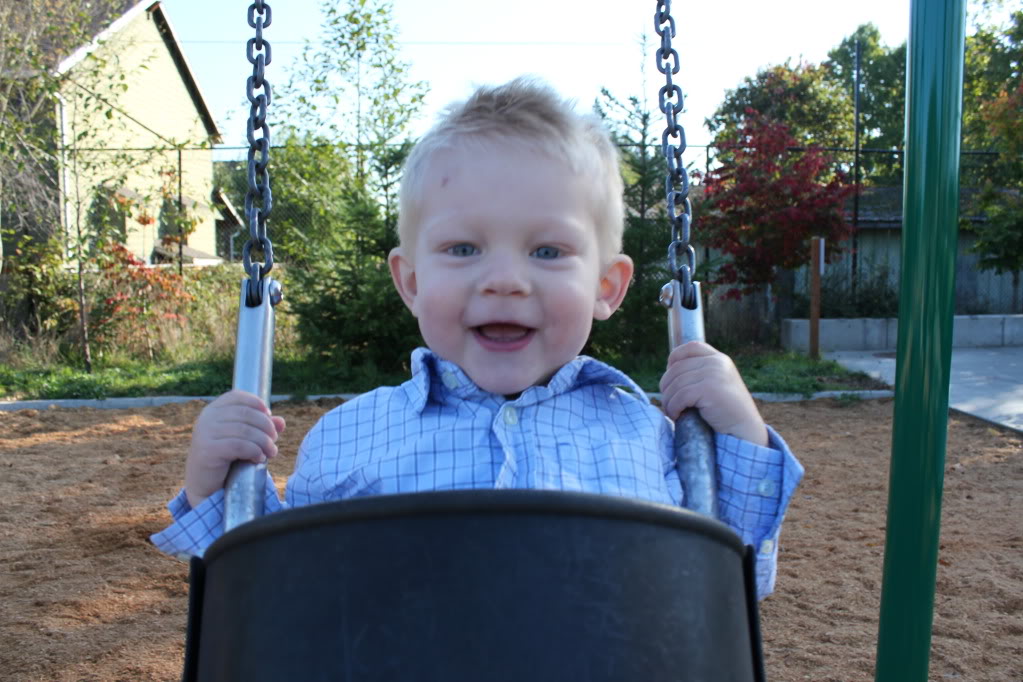 This park is actually right across from the apartments that we used to live in. It was finished shortly after we moved. It is quite the park. It is definitely built from older kids than Benton but he still had fun. 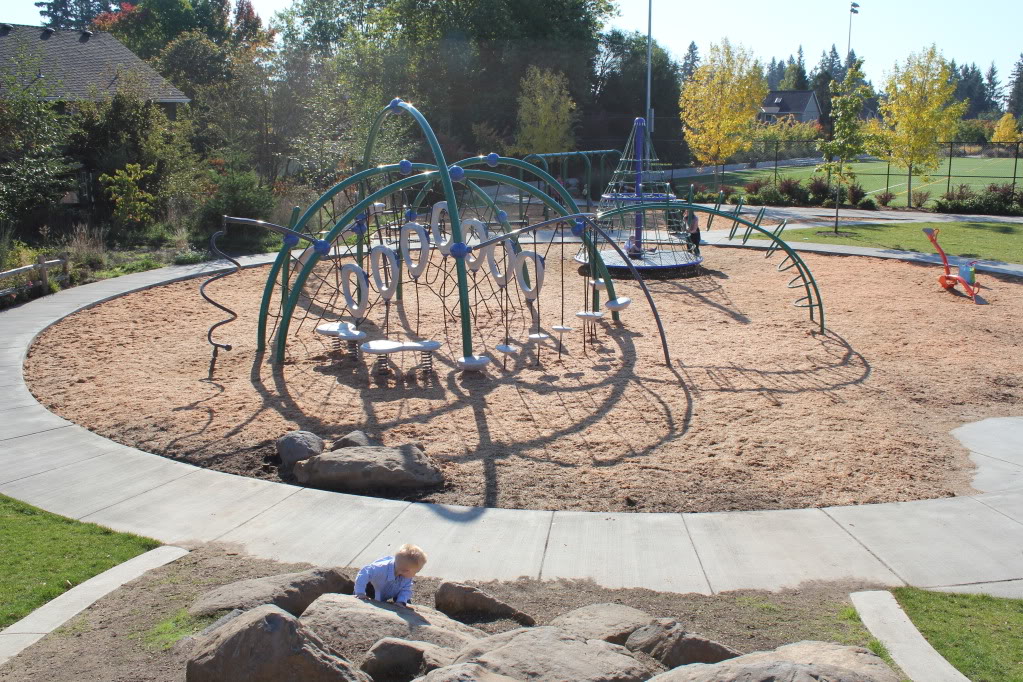 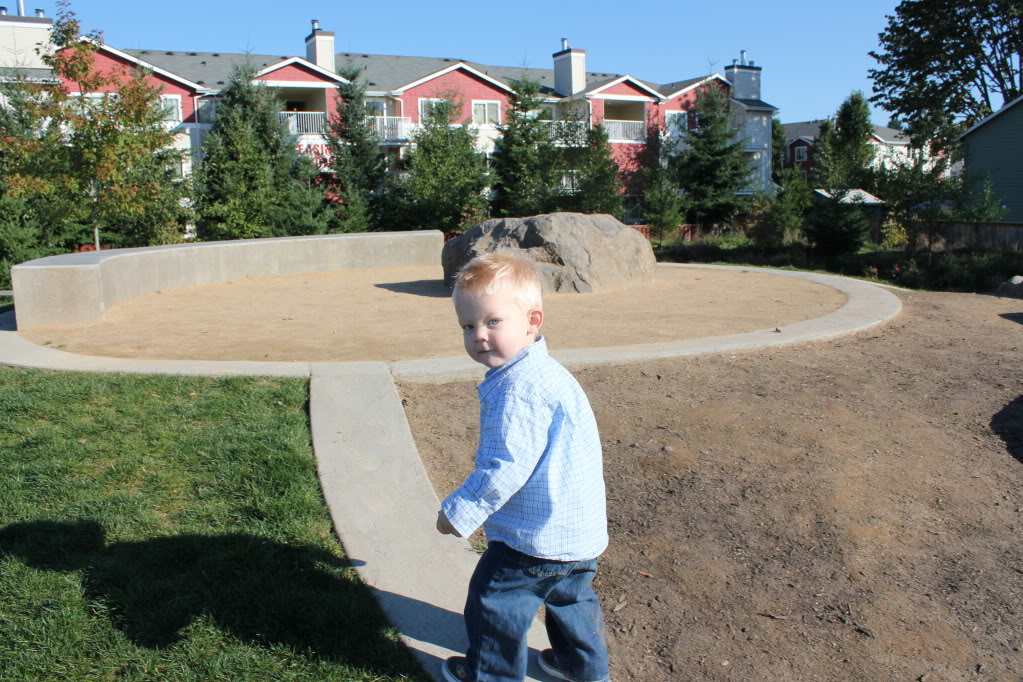 I honestly think his favorite park was finding this rock. He played with it for about 15 minutes (longer if we didn't have to leave). He would throw it then run and pick it up. Sounds like a blast right? 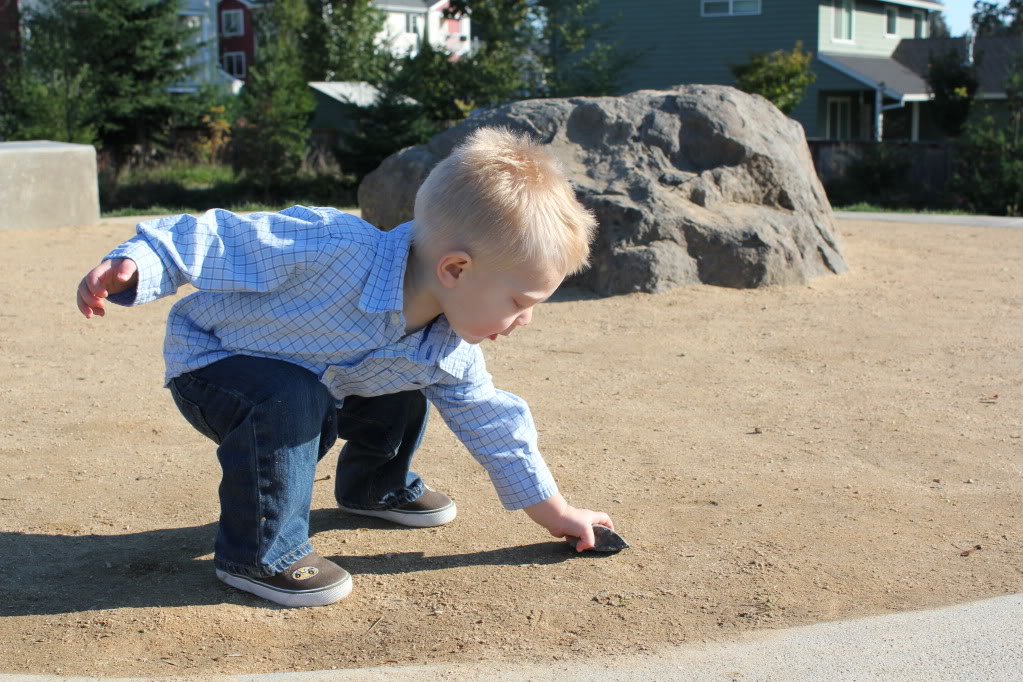 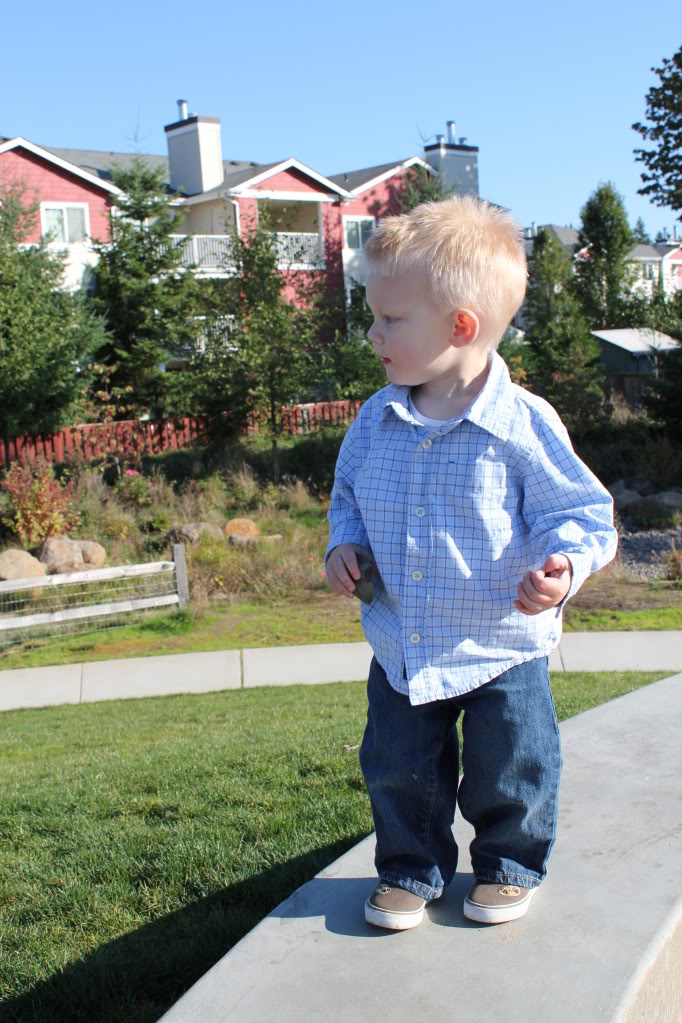 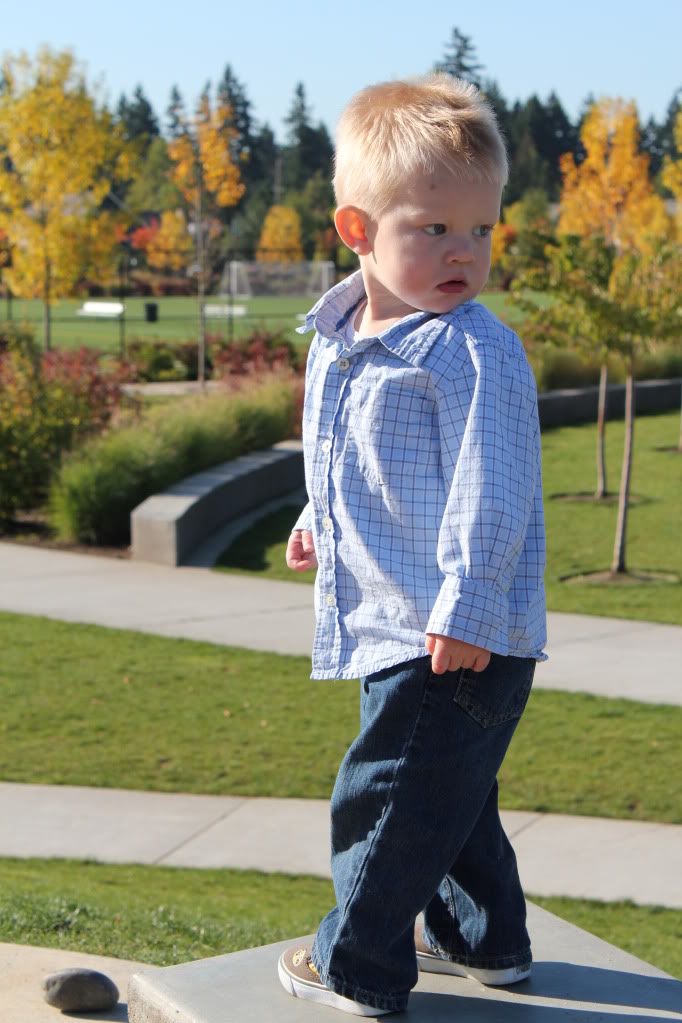 It was such a beautiful day, I am so glad that we spent most of it outside. Who knows how many more sunny days we have left.
Email Post
Labels: Benton